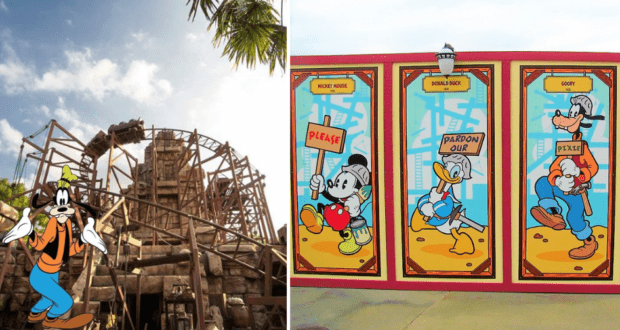 Why Is Disney Closing Such a Popular Roller Coaster Attraction?

Roller coasters are undoubtedly one of the most popular types of rides Guests can experience at Disney Resorts. Some of the most epic attractions include Guardians of the Galaxy: Cosmic Rewind in Walt Disney World Resort and the Incredicoaster in Disney California Adventure.

Movie-themed rides seem to be a hit for fans looking to be a part of the action! One of the most iconic cinema franchises of all time, Indiana Jones (1981), can be found in experiences at Walt Disney World, Disneyland, Tokyo Disney, and Disneyland Paris.

Although Walt Disney World does not offer a ride to fans of the series, it contains a popular show called Indiana Jones Epic Stunt Spectacular. Disneyland’s Indiana Jones Adventure provides an unforgettable immersive experience, which happens to be my all-time favorite at the Resort.

Tokyo Disney has a ride similar to Disneylands called Indiana Jones Adventure: Temple of the Crystal Skull. Disney’s European theme Park, Disneyland Paris, has a much different version of the attraction, with its themed tribute set up in roller coaster form and entitled Indiana Jones and the Temple of Peril. “After clambering to the Temple of Peril entrance you board a railed vehicle, hoping it will lead you to the missing expedition party. The rickety cart climbs a chain lift to the top of the excavation site. You look for signs of life, but before you can catch your breath a mysterious force sends the cart into an out-of-control spiral of twists and turns through the darkest corners of this cursed ruin. Forget finding your friends, you’re going to need all the courage of Indiana Jones to get out alive!”

Wow, it sounds like a blast doesn’t it?! So why is Disney closing this popular adventure-themed thrill ride? Fans will be happy to learn that the closure is only temporary while it undergoes refurbishment from September 5 to September 23. Based on the limited amount of time the ride will be closed, we assume Disney will probably be performing general maintenance on the attraction. However, they don’t always announce reasons for closures.

So, which Indian Jones-themed experience sounds the most enticing to you?

2022-08-29
Christy Weinberg
Previous: The Retro 90s Medals That Will Make You Want to Run the Walt Disney World Marathon
Next: Disney’s Recent Price Hikes Just Got Them in Big Trouble