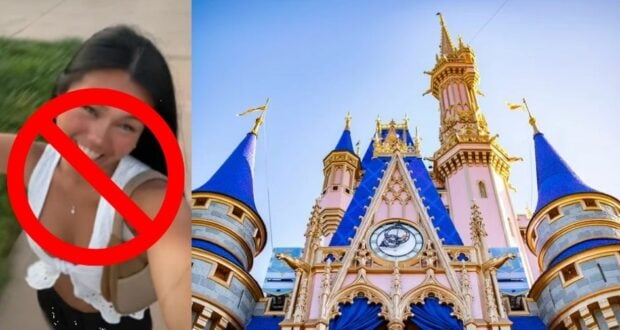 Disney has reportedly caught on to the popular TikTok trend that began going viral in 2022. One Guest’s recent experience reveals Disney has changed its dress code violation rules.

Social media was lighting up with stories of Guests attempting to enter the Disney Parks with clothing Disney has deemed inappropriate for its family-friendly Parks.

The hack? TikTok viewers caught on very quickly that if they showed up in inappropriate clothing such as revealing crop tops, Disney would offer the Guest a voucher for a FREE new shirt from one of its stores.

With Guests being escorted to shop for a free shirt, the trend grew in popularity. But, now, one Disney visitor has noted this has changed. When she was dress-coded at the Disney Park entrance for an inappropriate top, instead of Cast Members handing over money for a new shirt, she was asked to leave or purchase one on her own.

Nicole goes on to note in the comments, “at entry i got stopped and was told they dont allow tie front tops…wack. so i had to either leave and change or buy merch.” She further notes, “i wasnt paying for crap so i changed myself.”

The trend has been one of much discussion lately as it angered many Guests to see Disney giving out expensive merchandise for free to Guests that are in some cases knowingly breaking the rules.

If you’re curious where the dress-code information is stated for the Disney Parks, Disney’s website notes:

Proper attire, including shoes and shirts, must be worn at all times. The parks are a casual, family-oriented environment. Ensuring that the parks are family-friendly is an important part of the Disney experience. In that spirit, we ask you to use your discretion and common sense.

Disney reserves the right to deny admission to or remove any person wearing attire that is considered inappropriate or attire that could detract from the experience of other Guests. Attire that is not appropriate for the parks—and which may result in refusal of admittance—includes but is not limited to:

We’re glad to see Disney has seemingly caught on to the hack and putting an end to the whole free Disney shirt for dress-code violations.

2022-05-12
Jamie Sylvester
Previous: The Return of the Trams: A Disney World Saga
Next: After Three Years, Disney Park Attraction FINALLY Returns This Summer! 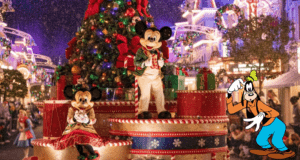