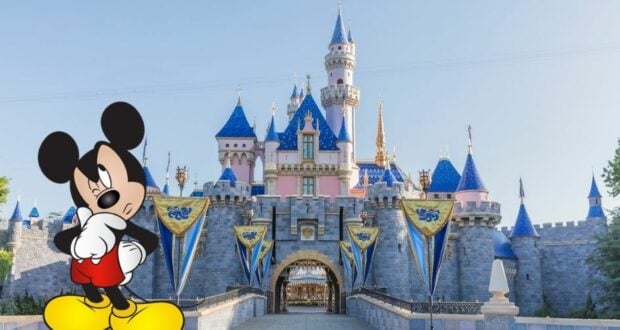 A 70-year-old couple bought tickets to visit Disneyland but instead got turned away at the gate. The scenario has sparked a debate among Disney fans.

Whether you’re making plans to visit Walt Disney World Resort or Disneyland Resort you NEED to know that you must not only have a Disney Park ticket, but you must also have a Park Reservation for the day you plan to attend. You will not be let into the theme park without a Park Reservation. Yes, this includes Disney Resort Guests, Annual Passholders, regular ticket holders… EVERYONE.

The change took place when the Parks reopened after COVID closures to assist with capacity restrictions. While Disney’s current capacity is still questionable, we do know it looks like the Park Reservation system is here to stay as Park reservations can be made into 2024 at Walt Disney World.

While some Guests have caught on to the change, there are still Guests that are likely used to the pre-COVID Disney experience of buying tickets and spontaneously headed to enjoy a day at the Park. Those dates of being spontaneous are over!

The discussion over the 70-year-old couple being turned away has sparked a debate on social media. Should the couple have known better despite their age? Should Disney cut the elderly some slack? Or should the Disney Park pass system go away altogether?

@hastin took to Twitter to note a scenario he witnessed sharing, “Absolutely amazing to see a 70 year old couple get turned away the gate because they had bought *tickets* but did not a reservation for today. #Disneyland”

Some stand in defense of Disney’s Park Reservation system and say age isn’t to blame for lack of knowledge about the new requirement.

One response notes, “My dad is 70. He’s not even old. It’s the system and Disneyland is way better the wdw at online purchases/reservations. Just bc you’re 70 doesn’t give you a free pass.”

Another comment states, “It’s not hard to make a reservation. They plaster it all over the website when you buy tickets. Old folks like to complain about kids today not being able to read. I am fine holding them to the same standard.”

One comment notes, “Am I the only person who doesn’t think 70 year olds are old? Bill gates is 66. He knows how to use a computer and cell phone.”

Others believe there should be some respect for elders, especially when it comes to technological guidance.

One reply notes, “There’s such a thing called empathy and respect for your elders. especially those who need the extra help for guidance under older health and environments such as owning a phone or any tech that is limiting. have a little heart. the system isn’t perfect to everyone.”

Another tweet says, “Disney doesn’t account for some guests who don’t have the technological understanding of others. I guess they’re not welcome.”

This reply adds, “This is why the reservation system needs to go.”

Regardless of which side you take on this scenario, it’s one of the MOST important Disney tips we can offer! Get a Park Reservation ASAP for the day you would like to visit a Disney Park so you can enjoy your Disney vacation without being turned away at the gate.