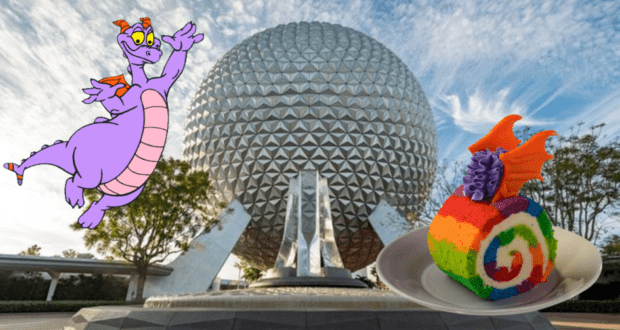 EPCOT’s 40th Anniversary kicks off on October 1, 2022, and with it comes exciting new merchandise, sweets, and treats from around the iconic Disney Park.

The Disney Parks Blog just released the foodie guide to the 40th Anniversary of EPCOT, and the theme of the extensive lineup of new snacks, sweets, and more takes the same retro inspiration that can be spotted in the design of the celebration’s merchandise collection. 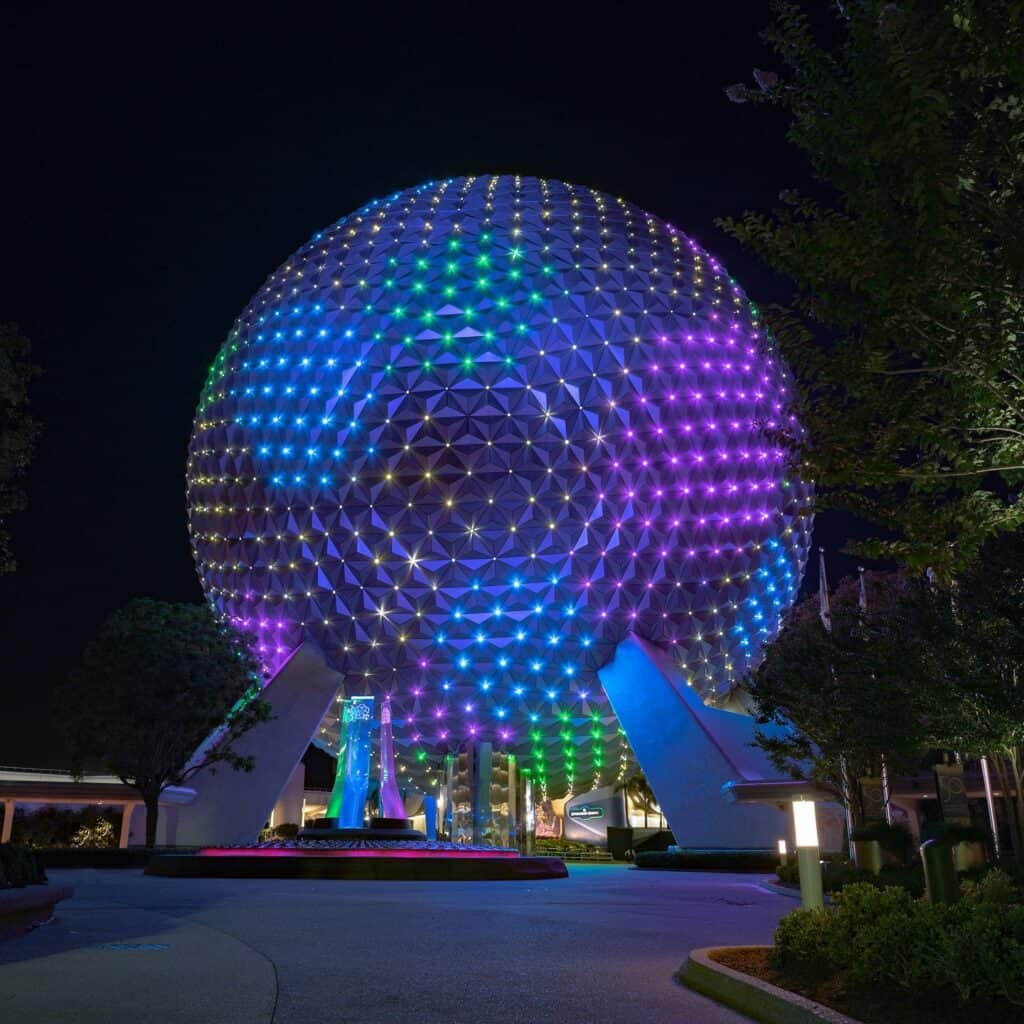 Along with fun retro vibes, the foodie lineup is also highlighted by a new sweet inspired by none other than our favorite purple dragon, Figment!

The new eats celebrate iconic EPCOT symbolism focused on cultures from around the world, looks into the future, and more. The best part? The new food items are available ahead of the Park’s anniversary, with most of the treats at EPCOT from September 29-October 3, 2022.

Let’s start with that Figment cake. Figment has become the unofficial mascot of EPCOT’s festivals, and despite fans still hoping for a revamp of the Journey Into Imagination attraction, Figment’s presence in the Park has only grown in recent years. During this year’s D23 Expo, we even learned about an all-new way that Guests will be able to experience the character soon. RELATED: Is the Rest of EPCOT’s Overhaul Still Happening?

Back to EPCOT’s 40th Anniversary though, the standout of the food lineup is sure to be the Figment Sponge Cake with honey lime mousse. The rainbow-colored cake reminds us of the rainbow tunnel from the original Journey Into Imagination attraction, and it looks like the perfect way to celebrate EPCOT with something sweet. You can pick up your cake from Sunshine Season’s, one of the Park’s best quick-service restaurants located in the Land Pavilion.

The Park’s newest quick-service restaurant is getting an exciting new treat for the 40th anniversary, too. Since the opening of Connections Cafe & Eatery, the Liege Waffle has been one of the most popular menu items. And, it’s getting a new twist with an edible retro-inspired design just for EPCOT’s 40th:

The rest of the foodie lineup covers lots of delicious new options around World Showcase, including margaritas in the Mexico Pavilion and sushi bowls in Japan, and noodles in China. On top of the 40th Anniversary eats around World Showcase, the EPCOT International Food & Wine Festival continues through November 19, 2022, so you still have time to try some delicious limited-time eats around the Park if you can’t quite make it for the anniversary festivities.

Disney did previously share that updates on EPCOT’s 40th Anniversary will continue to be shared as we get closer to October 1, so we are hopeful that we will have more exciting news on the celebration soon. We will be back here on Disney Tips as we have new details, and in the meantime, be sure to try the Figment sponge cake for us!