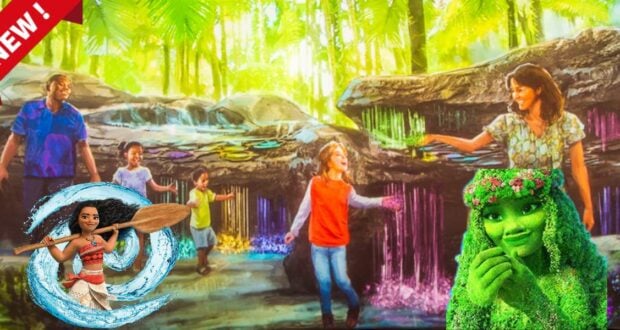 Disney Parks has released the first look at the newest attraction coming to EPCOT’s Nature World area, The Journey of Water Inspired by Moana (2016). The interactive experience based on the popular film about a Polynesian Wayfinder (Auli’i Cravalho) working alongside the demi-god Maui (Dwayne Johnson) to save the heart of nature itself will open at the Walt Disney World Resort later this year. 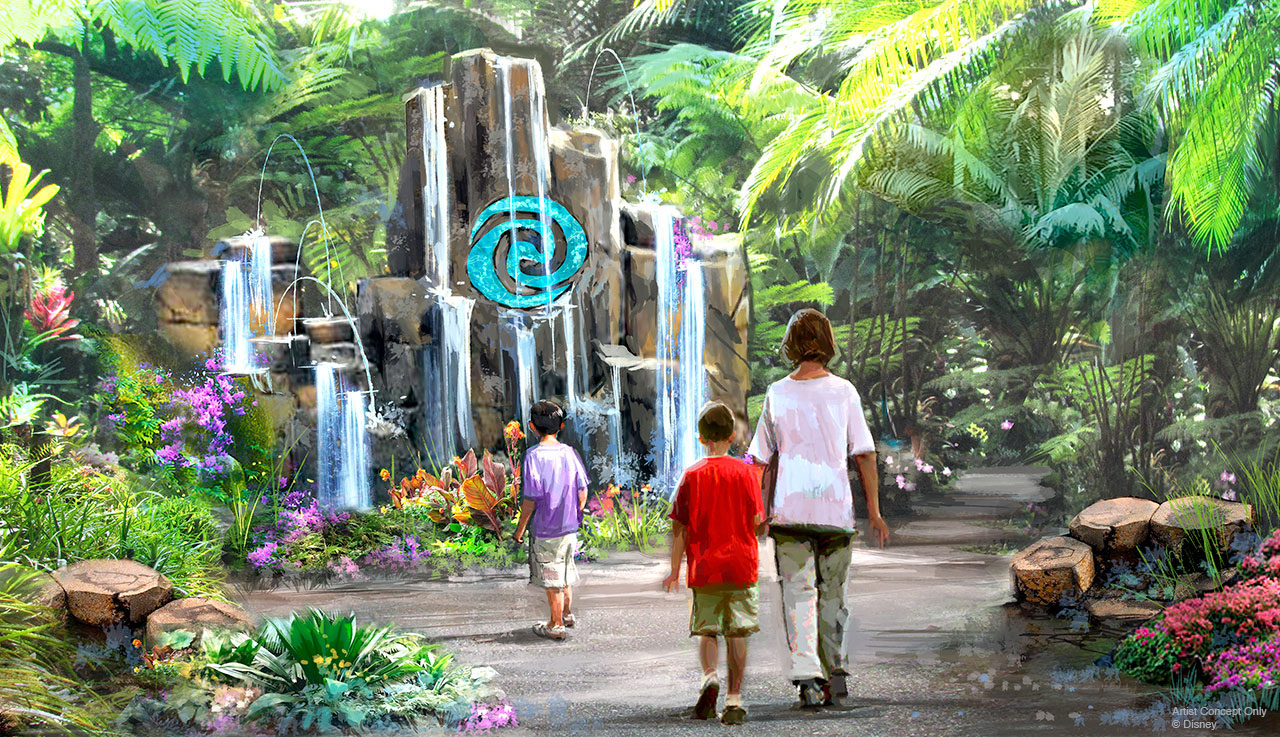 Walt Disney Imagineering allowed Good Morning America reporter, Danielle Breezy, to visit the construction site for a sneak peek of the new attraction. As described on the Walt Disney World website, visitors to Nature World can:

Explore the wonders of water along an interactive trail that’s fun for all ages—based on the Disney animated film Moana. Stroll along a self-guided outdoor trail where you can play and interact with water as it travels from the sky to the oceans and back again. Along the way, learn about the importance of water and discover its playful personality—just as Moana did on her heroic voyage. Journey of Water, Inspired by Moana is scheduled to open within World Nature—the EPCOT neighborhood dedicated to understanding and preserving the beauty and balance of the natural world. 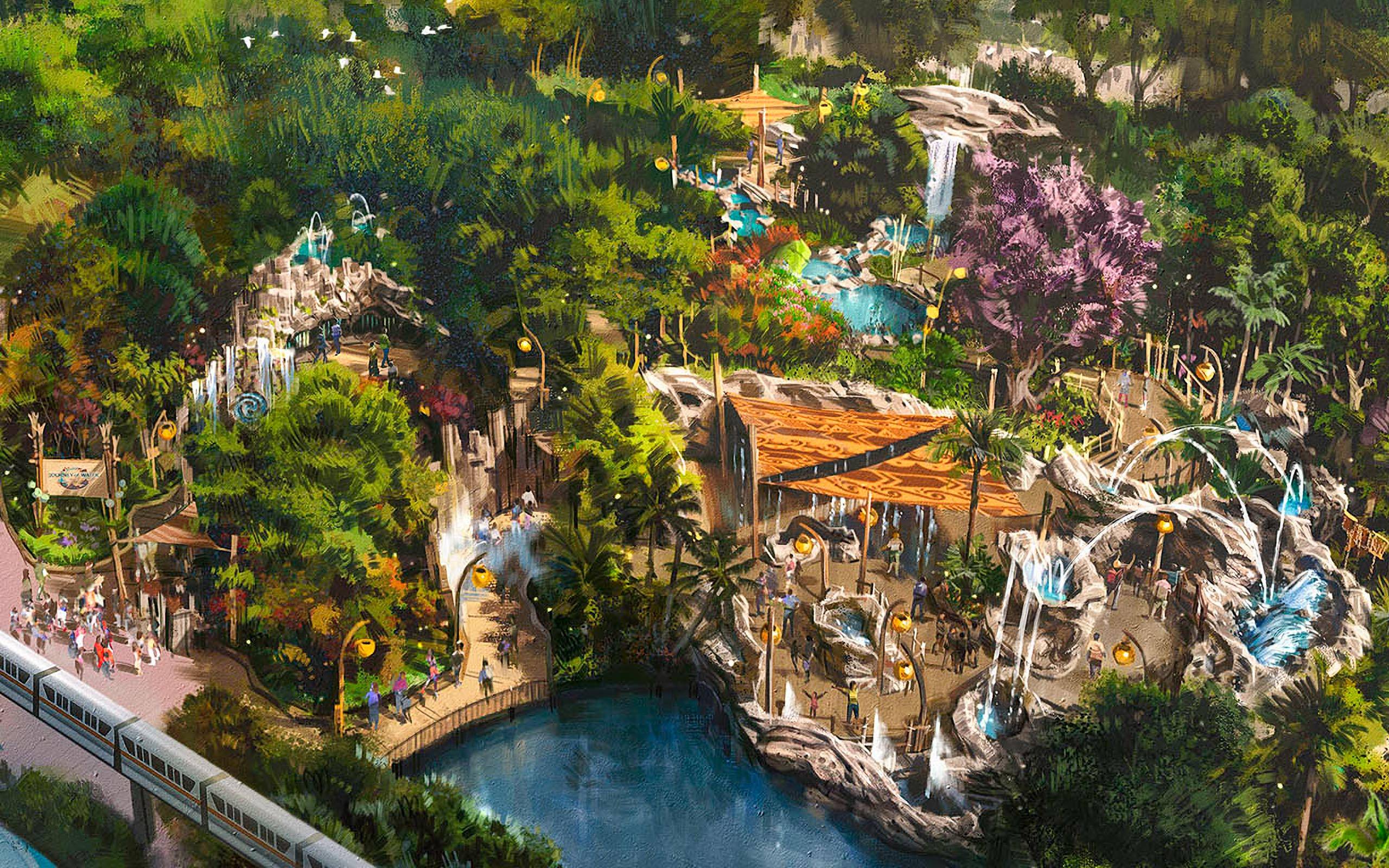 “EPCOT is going through one of the biggest transformations in its history,” says Imagineer Reid Ekman in the interview. Ekman adds artisans have contributed to all the sculpted rockwork, paint, and special LED effects, along with Journey of Water’s biggest component: music. As he notes, the soundtrack to Moana, composed by Lin-Manual Miranda (of Hamilton and the upcoming The Little Mermaid live-action fame), had great importance to the movie’s soundtrack and will influence the walkthrough experience as well.

What’s more, Danielle learned that they intend for a “lush Polynesian environment” to surround Park Guests, incorporating “about a dozen” familiar characters from the movie, such as Kakamora, Te Fiti, and of course, the anthropomorphic character of the Ocean, into the water-based attraction. However, Guests may discover other hidden features as well, such as Squirt, the little sea turtle from Finding Nemo (2003)! 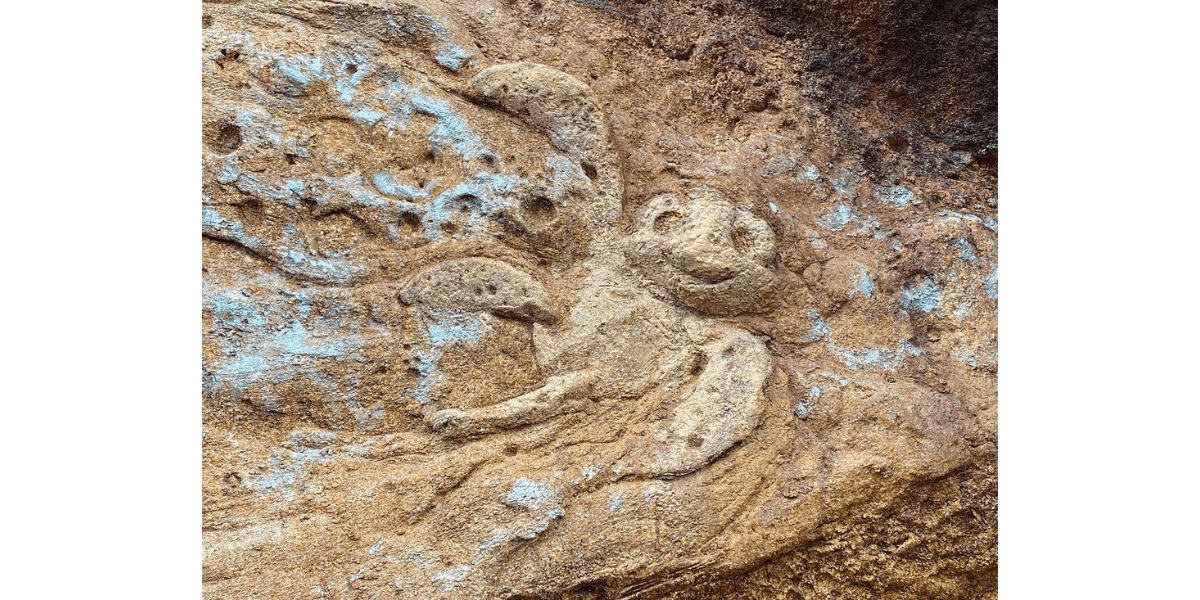 Plus, in the attraction, water will “respond to your presence” and engage with Guests through special effects with a focus on conservation: “water can be your friend, and water is worth protecting.” You can watch the full interview, courtesy of ABC, here.

In fact, an interactive component will allow Guests to directly interact with water and “see how it responds,” hints Disney Imagineers, but we’ll all have to wait and see what exactly this means when The Journey of Water Inspired by Moana opens in late 2023 at EPCOT in the Walt Disney World Resort.

2023-01-02
Spencer Beck
Previous: Disney’s Wishes Returns for One Night Only
Next: Disney World’s Latest Souvenir Sipper is a Must-Have for ‘Muppets’ Fans