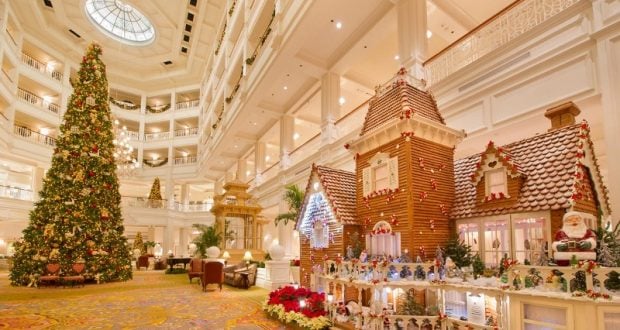 Gingerbread Displays Are Making a Return to Disney!

Season’s Greetings! We know that’s strange to hear in July, but Disney has shared “Halfway to the Holidays” updates and news that we just can’t get enough of. Disney has announced holiday festivities happening at all parks, Disney Springs, and Disney Resorts. Get ready to experience festive entertainment, whimsical décor, seasonal food and drinks, and holiday-themed merchandise will all be a part of this very special season. Our focus today however is to talk about those stunning gingerbread displays!

First up, the holidays are returning Disneyland Resort with the Haunted Mansion Holiday returning for its 20th season! This merry makeover of the eerie estate, inspired by “Tim Burton’s The Nightmare Before Christmas,” celebrates the collision of Halloween and Christmas. As shared by Disney: “A favorite tradition is the yearly changing gingerbread house, which graces the mansion’s Grand Hall. For 2021, the team decided to pay homage to all previous houses in celebration of this beloved tradition’s 20th anniversary. Tim mentioned, “we went back to the graveyard to dig up all of our ideas from the past 19 years. This year’s Franken-house stitches together favorite elements from the previous 19 houses!” You can expect the Haunted Mansion Holiday to begin on September 3. 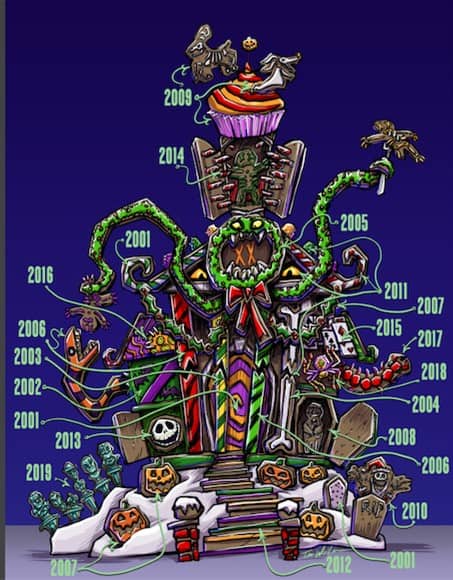 As you can see in the rendering above, a piece from each house is represented in this year’s house to create a visually chaotic, yet perfect Dr. Finkelstein-esque mashup! Here’s a list of what you’ll see below:

Now moving on over to Walt Disney World where it looks like favorite gingerbread traditions are returning this year! While Disney’s Grand Floridan Resort Gingerbread House is the grandest of them all, it was put on hold in 2020. Now, it sounds like Disney is planning it’s big return! 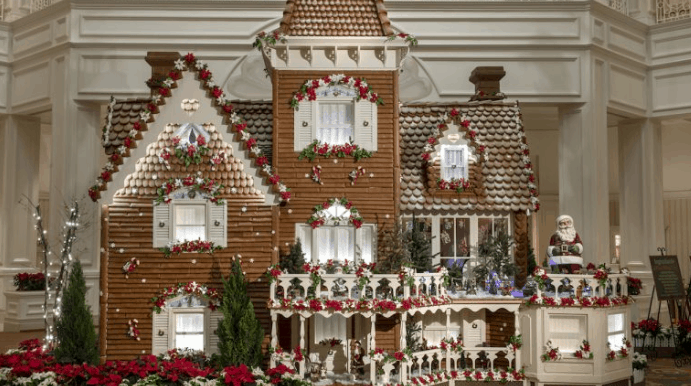 As shared by Disney, “Our Disney Resort hotels will be decked for the holidays, with iconic trees and other seasonal touches. And a guest favorite will return this year, as select gingerbread displays will once again be part of our holiday season! Also at select resorts, you will find restaurants offering holiday menus and specialty food and drink.” 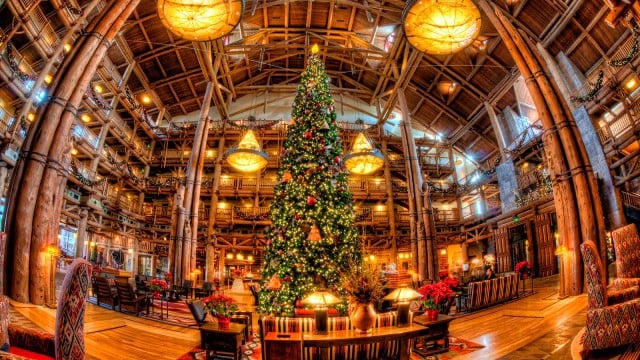