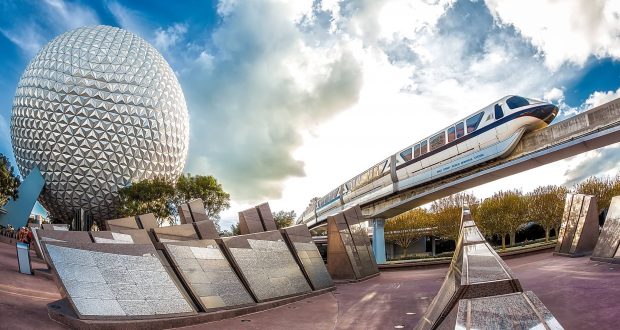 How Well Do You Know Walt Disney World’s Epcot?

Many guests who visit Walt Disney World love spending lots of time exploring and enjoying Epcot. Divided into two halves, the park features Future World which celebrates the unison of technology and nature, and World Showcase which celebrates the culture of eleven different countries from around the world. Guests who visit Epcot can travel the world, blast off on a mission to Mars, dive under the sea, design their own cars, and travel back in time. With so many amazing things to do, guests might end up too focused on trying to see it all and overlook some great details throughout the park. These details add depth and history to the park and its attractions, and guests love finding and appreciating them! Let’s see how well you know Disney’s Epcot.

Dame Judi Dench! Spaceship Earth brings guests from the beginning of time to present day to celebrate the history of communication, Guests pass through scenes depicting the Renaissance, Rome burning, and man landing on the moon while hearing a wonderful narration along the way. While the voice might seem familiar, guests might not realize that the narrator is Dame Judi Dench who was added to the attraction in 2008 and is the perfect voice to share information about the history of communication.

7. Why Should We Thank The Phoenicians?

Because of how easy it was to learn our ABCs! A favorite line of many guests who enjoy Spaceship Earth can be heard in the scene where the attraction vehicle passes by a large sailing ship. Dame Judi Dench shares that the ship belongs to the Phoenicians who helped create a common alphabet for all people, making communication easier than ever. Dench also reminds guests how easy it was to learn their ABCs and to thank the Phoenicians for it!

6. What Is The Name Of Epcot’s Massive Fountain?

The Fountain of Nations! Located in the plaza behind Spaceship Earth that leads towards World Showcase is a massive fountain that frequently features a beautiful show with music and dancing water. The Fountain of Nations was dedicated shortly after the park opened in 1982 with a ceremony including twenty nine nations from around the world. Each nation added water from their country into the fountain, making it truly a Fountain of Nations that guests can enjoy every day in Epcot.

5. What Pavilion Doesn’t Light Up During Illuminations?

Morocco! Each night, World Showcase Lagoon comes to life with Illuminations: Reflections of Earth which combines pyrotechnics, laser lights, fireworks, dancing water, and a beautiful score for an unforgettable show. At one point during Illuminations, the pavilions of World Showcase each illuminate with bright white lights along their buildings, however one remains dark. Morocco does not light up during the show each night as it would be considered disrespectful in that culture.

4. What Is The Name Of Mission Space’s Training Organization?

The International Space Training Center! Guests who are brave enough for a mission to Mars (Orange Team) or orbit Earth (Green Team) can enter into the International Space Training Station (ISTC) on Mission: SPACE. Guests are invited to choose either the intense Orange Team or milder Green Team and train with the ISTC for the first ever mission to space. Of course there are plenty of thrills and surprises along the way, but guests are always in communication with the ISTC from their ships.

3. What Building Can Be Seen Behind Morocco?

The Twilight Zone Tower of Terror! Guests who are enjoying time in World Showcase might glimpse at the Morocco Pavilion across World Showcase Lagoon and never realize that a building far in the distance behind the skyline is actually found in a completely different Disney park! The Twilight Zone Tower of Terror in nearby Disney’s Hollywood Studios is one of the tallest attractions in Walt Disney World, and during construction Imagineers realize that it could be seen from nearby Epcot. It was then decided to design the attraction in a similar color scheme to the buildings in the Morocco Pavilion and to use similar architecture helping it blend right in. Guests in World Showcase can spot The Twilight Zone Tower of Terror in the distance behind Morocco from several vantage points near the Odyssey Restaurant.

Martin Short! O Canada! is a circle vision film found in the Canada Pavilion that showcases the beauty and diversity of the wonderful culture. In 2007 the attraction was updated and comedian Martin Short was added as the narrator. Short helps tell guests all about the wonderful beauty, culture, and people of Canada and provides a little humor along the way.

1. What Toy Was Soarin’ Modeled After?

An erector set! When Imagineers were designing the attraction and coming up with a way to provide a realistic hang gliding experience, they encountered some trouble with just how to provide that sensation to guests. Imagineer Mark Sumner saved the day after remembering that he still had his old erector set packed away. After tinkering with the toy for a while, Sumner came up with a design to efficiently provide guests with the ultimate experience. Sumner’s model was so perfect that guests who ride Soarin’ today can look up and see an almost exact replica!