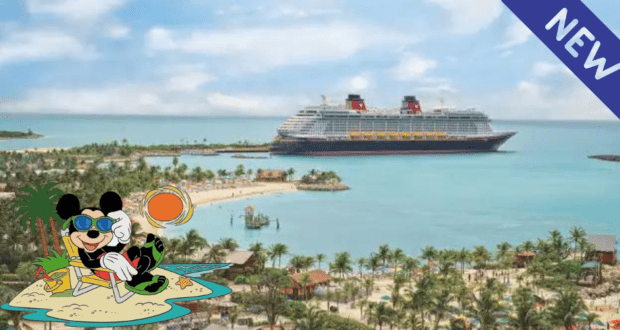 Disney Cruise Line is expanding in big ways and fans who love to take their Disney vacations at sea got lots of exciting news out of today’s panels at the 2022 D23 Expo.

The Cruise Line recently launched its fifth ship, with the Disney Wish setting out for her maiden voyage in July following the legacy set by the Disney Magic, Disney Wonder, Disney Fantasy, and Disney Dream. And the Wish is only the latest ship to launch; two more are in the works! We also learned the name of the next Disney Cruise Line ship at today’s event. 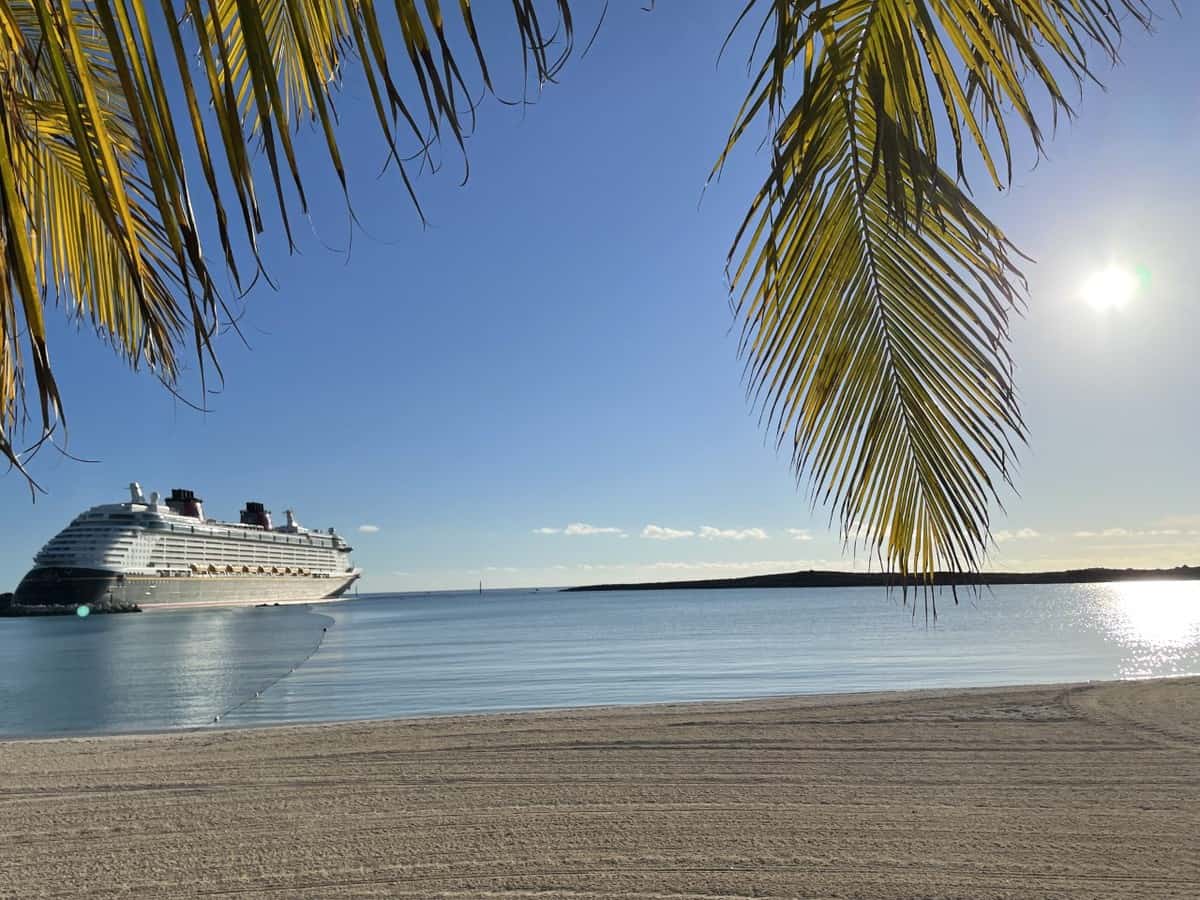 RELATED: Disney Just Revealed the Name of Its Next Cruise Ship!

At the last D23 Expo in 2019, Disney shared that another private island was in the works to offer Guests another unique experience while ashore from sailings in addition to Castaway Cay. The island, Lighthouse Point, is planned as a celebration of the Bahamas.

Details on the new island experience had been limited since Disney’s initial announcement, at least in terms of what Guests can expect to see and do while they’re there, but today’s panel gave us some new concept art that has us ready to book a Disney Cruise Line vacation for the opening of Lighthouse Point. 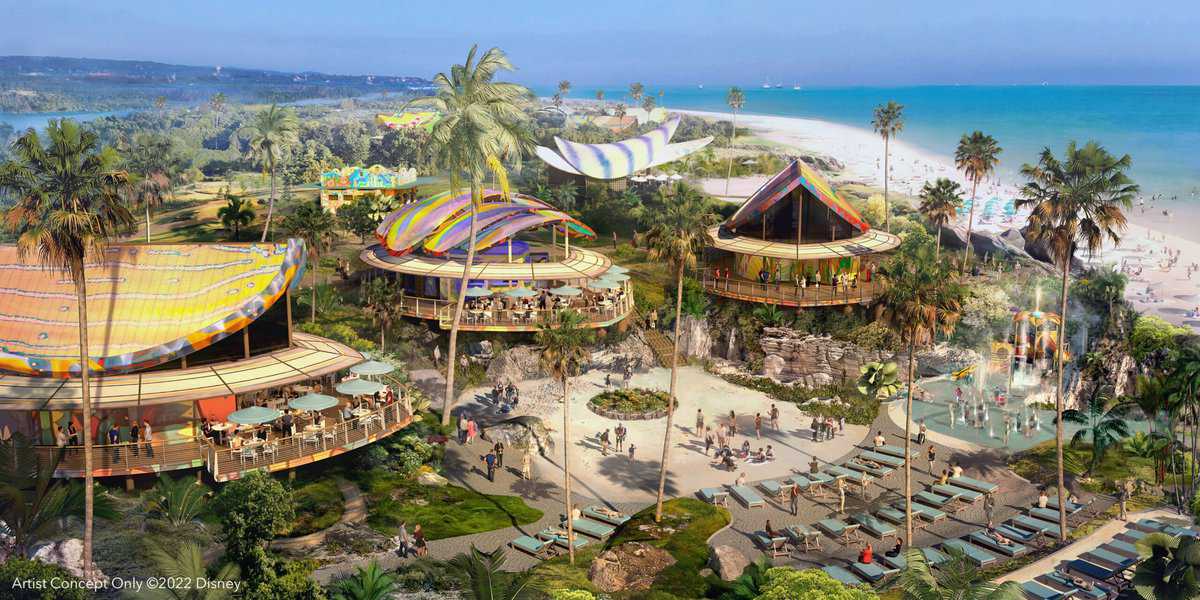 When Disney Cruise Line purchased the island that will become Lighthouse Point from the Government of The Bahamas, the company agreed to develop less than 20% of the total property, while also leaving almost 200 acres of land to the Government and other preexisting commitments.

The island will also become a major venture for the Disney Worldwide Conservation Fund as Disney will work with local environmental groups and people living in the Bahamas to protect and rehabilitate the natural habitats around Lighthouse Point. 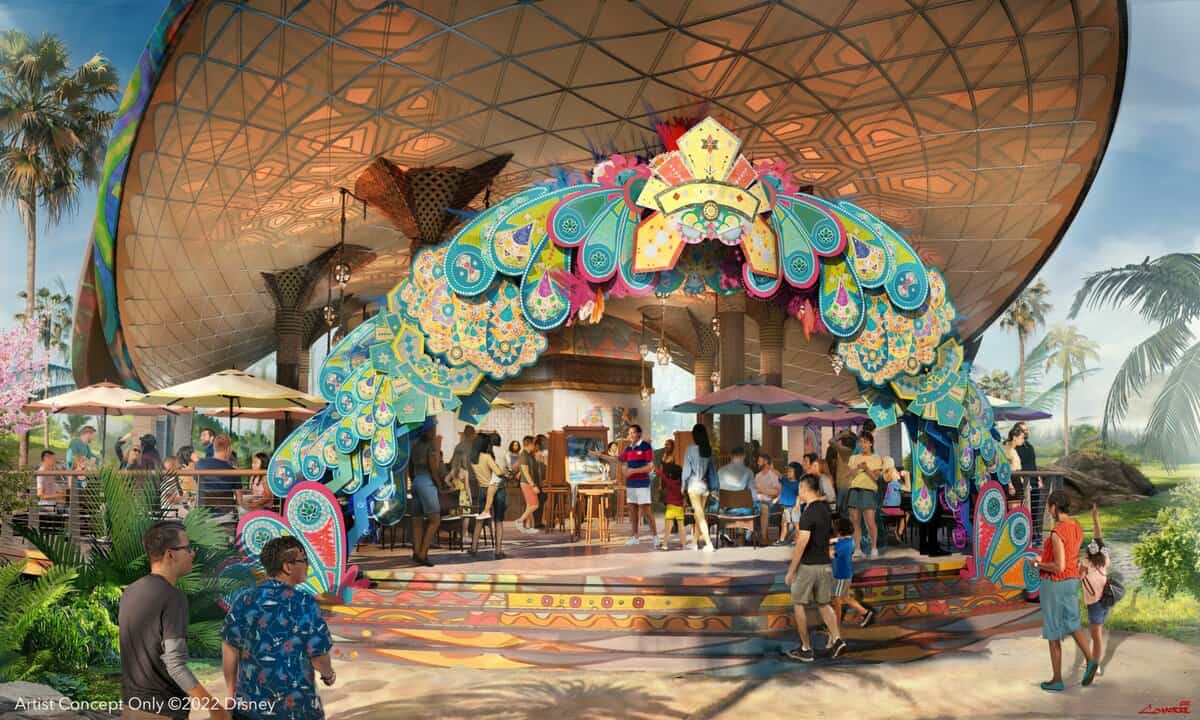 During today’s panels, we learned that work is still underway in developing the areas that will be open to Guests traveling with Disney Cruise Line when ships stop at Lighthouse Point.

Disney has not yet confirmed an opening timeframe for the new island destination but plans originally called for construction to begin in 2020 with the island opening in 2022 or 2023. (These timeframes are from Disney’s initial announcement before the pandemic hit, so it is certainly possible that the project has gotten behind schedule.)

We will continue to monitor news from Disney Cruise Line, including details about Lighthouse Point and updates on the other ships scheduled to join the fleet here on DisneyTips.

2022-09-11
Brittany DiCologero
Previous: Get Ready to runDisney Around Disneyland Once Again
Next: Fan-Favorite Parade Returns to Disney Park