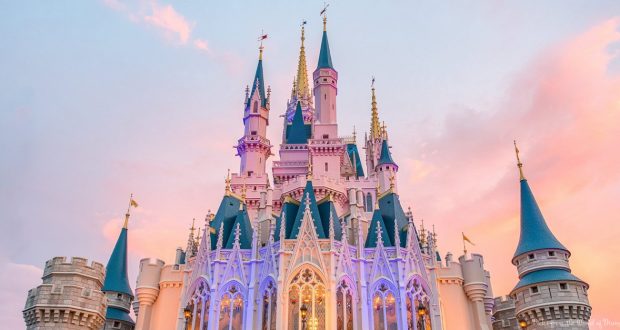 Many guests who get to travel to Walt Disney World regularly get to experience all of the new and amazing experiences that seem to constantly be created both in the Disney Parks and throughout the property. While there are plenty of new experiences to keep things fresh, frequent visitors often also develop certain routines in Walt Disney World that might include favorite places to dine on every trip, a certain attraction to be experienced first or last each day, or even which park to visit on the first day of the vacation. These routines add a level of nostalgia to each trip, but they can also be efficient ways to enjoy the Disney Parks that can save time! Here are the first things to do in each Disney Park on each Walt Disney World vacation!

Many guests opt to spend the majority of their vacations in the Magic Kingdom thanks to its combination of both family-friendly classics and big thrills such as Splash Mountain and Big Thunder Mountain. The best way to start off a day in the Magic Kingdom is by getting to the park before it officially opens and walking down Main Street. The area opens up early allowing guests the opportunity to browse through stores such as the Emporium, grab breakfast at the Main Street Bakery, or take photos with Cinderella Castle in the background. While spending this time on Main Street is a great way to start the day in the Magic Kingdom, the perfect official kick off to the magic is heading straight to Cinderella Castle and getting a great spot to watch the opening stage show. Mickey, Minnie, and the gang appear with music and fun and ask guests to help them count down from ten to officially open the park. With special fireworks and a chance to check out favorite characters, watching the stage show is the best way to start a day in the Magic Kingdom.

A day in Epcot can be a fantastic one thanks to the perfect combination of big thrills and technology in Future World and the chance to travel the globe in World Showcase. When Epcot officially opens each morning, many guests head straight for Test Track Presented by Chevrolet or Frozen Ever After and many even stop at Spaceship Earth since it is the first attraction that they technically pass. While all of those are great options, a great way to start the day on a more relaxed pace is to head over to The Land Pavilion. Guests who time it out right should opt to book a FastPass for Soarin’ Around the World about an hour after the park opens. This lets them head straight over to The Land and enjoy a relaxing ride on Living with the Land and a delicious breakfast from Sunshine Seasons before using their FastPass. Two attractions with minimal waits and a great breakfast in the first hour is the perfect way to kick off a day in Epcot!

Disney’s Hollywood Studios has seen immense crowds in the mornings since the opening of Galaxy’s Edge and Rise of the Resistance in particular. With crowds forming way before the gates officially open each day in the hopes of getting a boarding pass for Rise of the Resistance, the first thing that guests should certainly do once in the park is try to get access to the extremely popular attraction. Getting a boarding pass only takes a few moments, so guests should then opt to officially start their day in Disney’s Hollywood Studios with a thrilling duo. Sunset Boulevard is perfectly themed to feel like Hollywood in the 1930s and 1940s and at the end of the street are two popular attractions that guests absolutely love. The Twilight Zone Tower of Terror brings guests on an eerie trip into The Twilight Zone on an elevator that has a mind of its own and the Rock ‘n’ Roller Coaster Starring Aerosmith zooms guests through downtown Los Angeles to get them to a concert on time. Guests who want to start their day off right should head straight to The Twilight Zone Tower of Terror to enjoy the attraction with a low wait time then opt for the Single Rider line at the Rock ‘n’ Roller Coaster Starring Aerosmith.

Disney’s Animal Kingdom is home to the mega popular Pandora – The World of Avatar where many guests immediately head each morning in hopes of riding Avatar Flight of Passage with a minimal wait time. While the attraction is definitely one that can’t be missed, guests should instead opt to begin their day in the park by enjoying other attractions that are much less crowded at the time. Once Disney’s Animal Kingdom officially opens, guests should bypass the entrance to Pandora – The World of Avatar and instead head towards the back of the park. With a quick pit stop in Creature Comforts where guests can grab assorted pastries and Starbucks drink options, guests should then continue to head back towards the Africa area. There guests can enjoy their coffee while perusing the stores and atmosphere of Harambe Village and then opt for an early morning ride on Kilimanjaro Safaris where many of the animals will be out and about thanks to breakfast being served and cooler temperatures. This morning plan allows guests to avoid the massive crowds, enjoy a favorite attraction, and still have time for coffee in Disney’s Animal Kingdom!