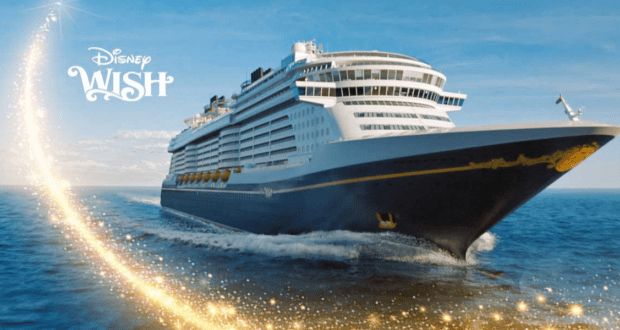 The Hidden Mickey You Didn’t Expect To See

On July 14, 2022 the Disney Wish will set sail on her maiden voyage from Port Canaveral. With excitement building ahead of her officially opening to Disney Cruise Line Guests, it is clear that she has already started to make magic.

Just last week, Disney Cruise Line shared a piece of magic that the Disney Wish cruise ship has created, despite not being open to Guests just yet.

Hidden Mickey’s are a Guest-favorite, in and around the Disney theme parks and Resorts. What started out as a way of Imagineers leaving their mark in Disney Park attractions and design features, has now become something that many Guests hunt for throughout their Disney vacations. Hidden Mickey’s are also something that extend into design features around the Disney Cruise Line Ships and on Disney Castaway Cay, their private island in the Bahamas. But unless you are on Disney property, you don’t generally expect to see a Hidden Mickey, and least of all, at sea. Until now!

The Disney Wish set out on a mission to create a perfect Hidden Mickey in the ocean last week. Shared on the Disney Cruise Line Instagram account, a satellite image showed the route the Captain had taken to create this iconic shape out at sea. Now that’s Disney magic! 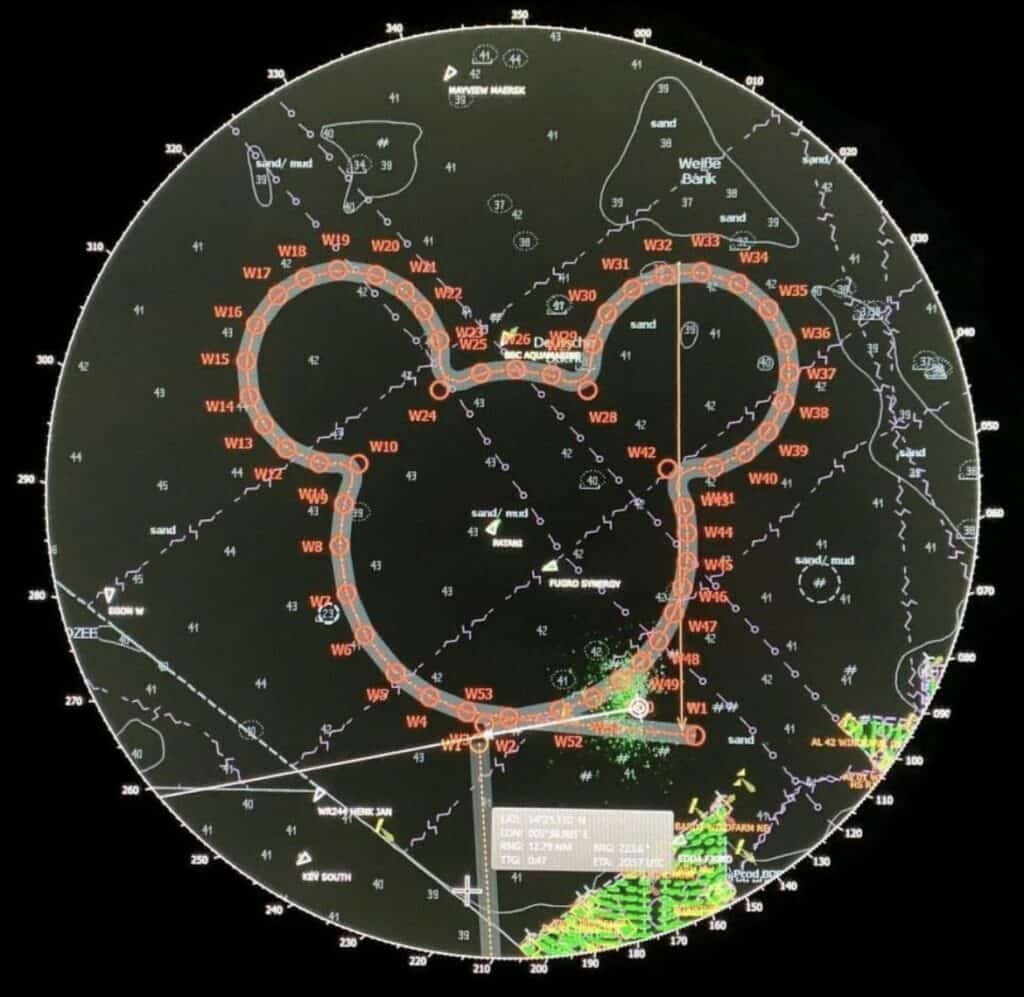 The Hidden Mickey at sea was created as part of the Disney Wish’s testing ahead of sailing to Port Canaveral for her maiden voyage. The Disney ship covered 94 nautical miles during this sea trial.

With a little over a month until her maiden voyage, the date on which the Disney Wish will arrive into Port Canaveral have been confirmed; that being June 20. This is set to be a special day, as plans have been made to welcome her into her home port, where she will be christened ahead of welcoming Guests on board for the very first time.

On June 20, the Disney Wish is set to arrive early morning, at Cruise Terminals 8 and 10 in Port Canaveral. It is anticipated that she will arrive between 4:00 a.m. and 7:00 a.m., with filming and drone footage taking place, as well as special effects and a water salute with fireboat and tugs escort.

The Christening of the Disney Wish

Following her arrival into Port Canaveral, the Christening ceremony of the Disney Wish will take place. On June 29, at Cruise Terminal 8, the christening ceremony will be held. There will be staging set around the terminal, in addition to lighting and audio towers. It’s set to be a special event!

Guests joining the maiden voyage of the Disney Wish will be treated to a 5-night sailing, with ports of call including Nassau, Bahamas and Disney Castaway Cay. Guests have already had the chance to pre-purchase exclusive merchandise for the inaugural sailing.

Disney Cruise Line have also recently released details about Onboard Gifts that Guests can pre-order ahead of their sailing on Disney Cruise Line’s newest ship. Items such as a plush blanket with matching porthole pillow are exclusive gifts that will feature Disney Wish branding. 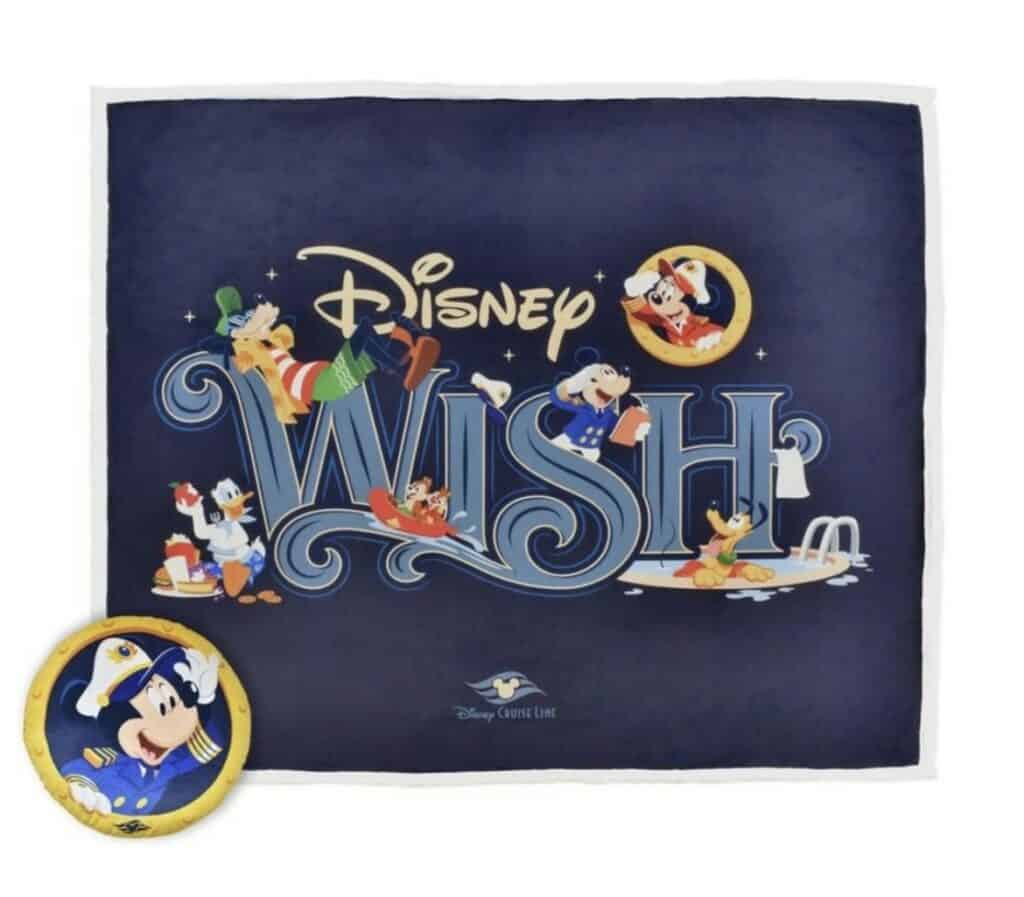 For Guests celebrating a special occasion, the Enchantment Package is available to order for $199.99. This gift box contains: 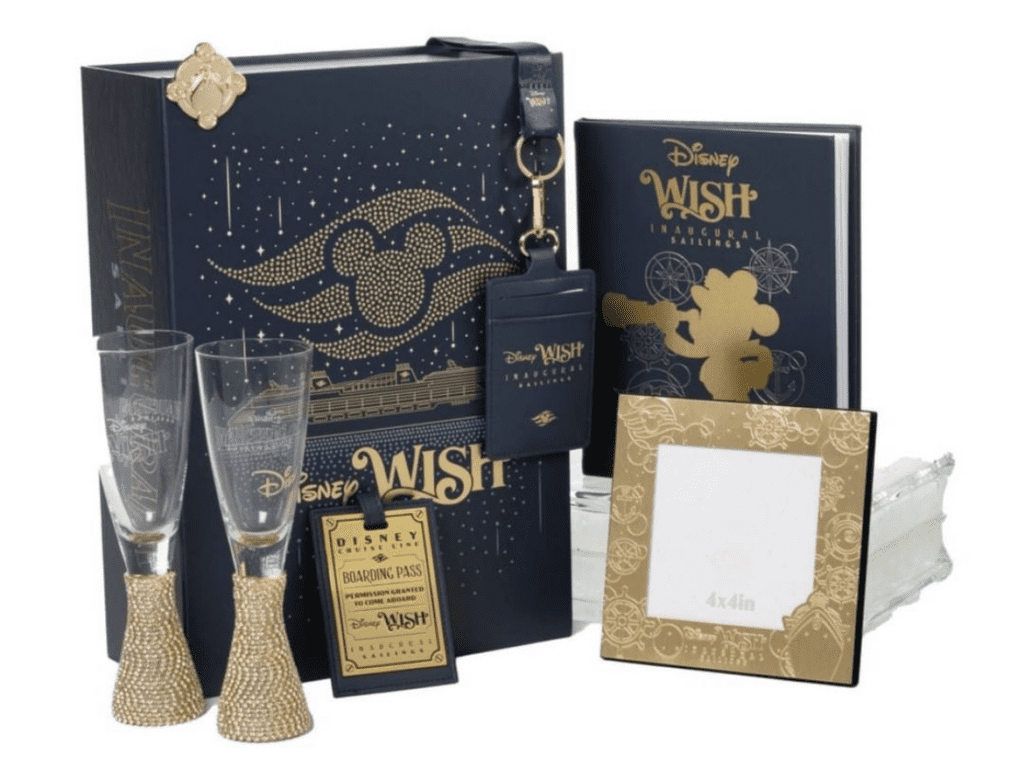 Guests can also pre-order stateroom decorations to celebrate a “Bon Voyage” or birthday. Both packages will transform Guests’ staterooms with decorations that are exclusive to the Disney Wish. What a way to make a special cruising even more magical!

What the Disney Wish will bring to Disney Cruise Line

Not only will the Disney Wish have the capacity to welcome aboard more Guests than the other Cruise Ships in the Disney Fleet, she will also be bringing a whole host of new experiences for Guests to enjoy at sea. These include: 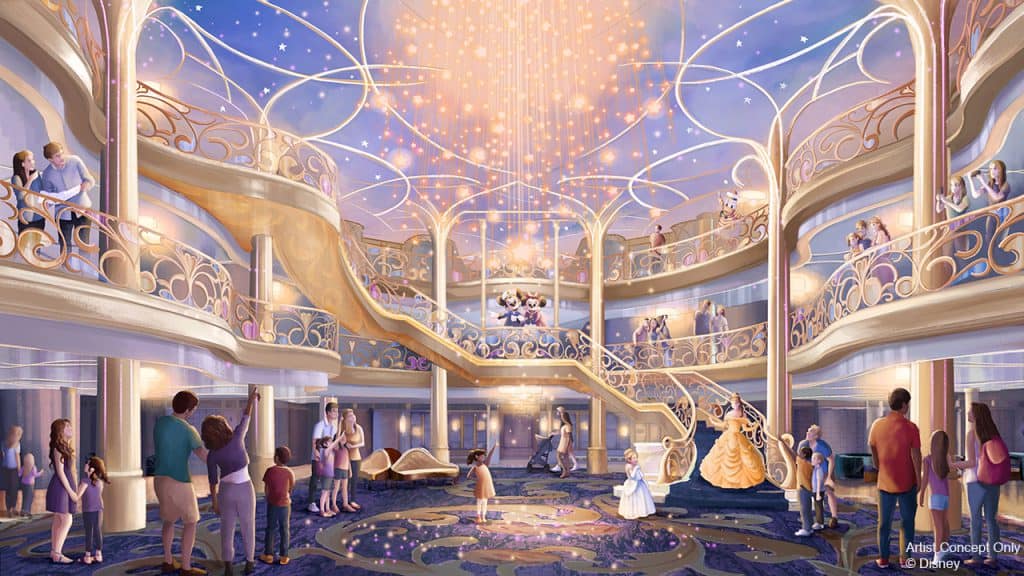 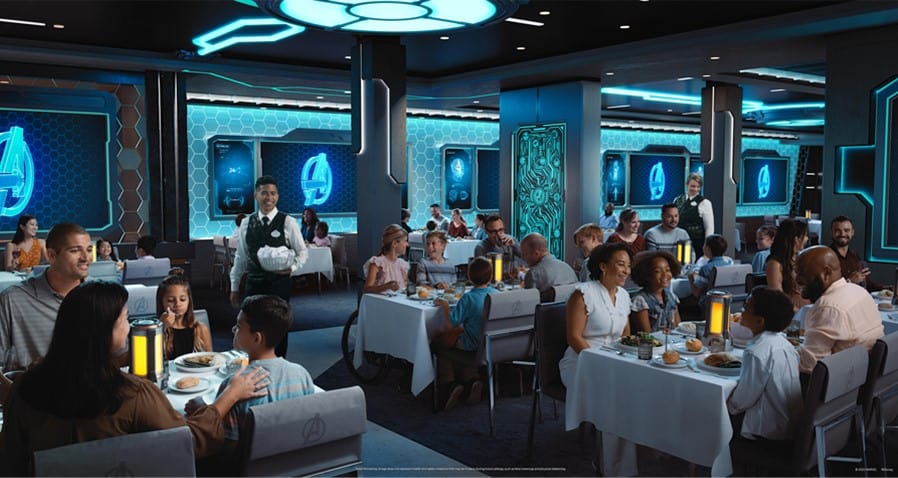 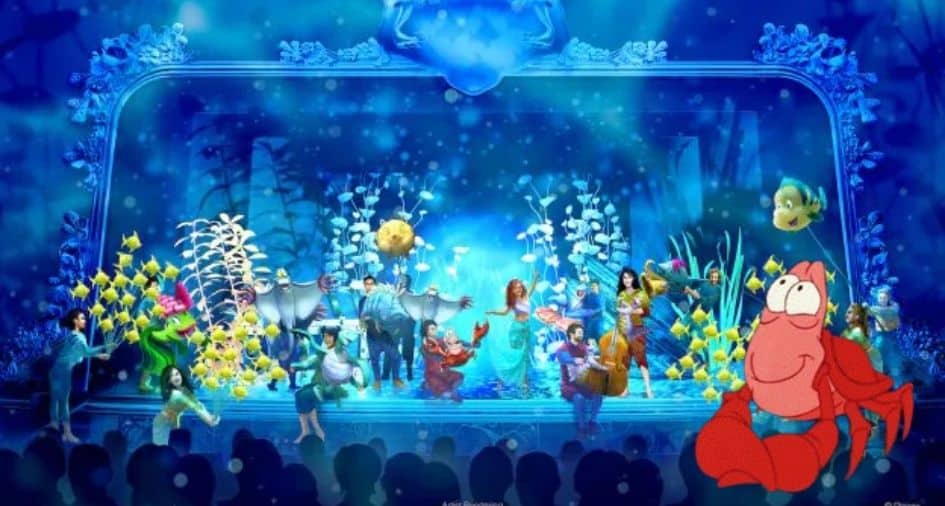 All of these incredible offerings are spread over 14 decks, for up to 4000 passengers to experience and enjoy.

Recent sharing on Instagram have also shown the beautiful name tags that Cast Members onboard the Disney Wish will have the pleasure of wearing. The name tag will feature the Disney Cruise Line at the top, just like the Cast Member name tags across all of the Disney Cruise Line ships. Name tags will also feature golden designs, that match those on the exterior of the Disney Wish, and will read ‘creating magic at sea’ at the bottom. We’re sure that it’ll be a real pleasure for any Cast Member to wear their exclusive name tag. 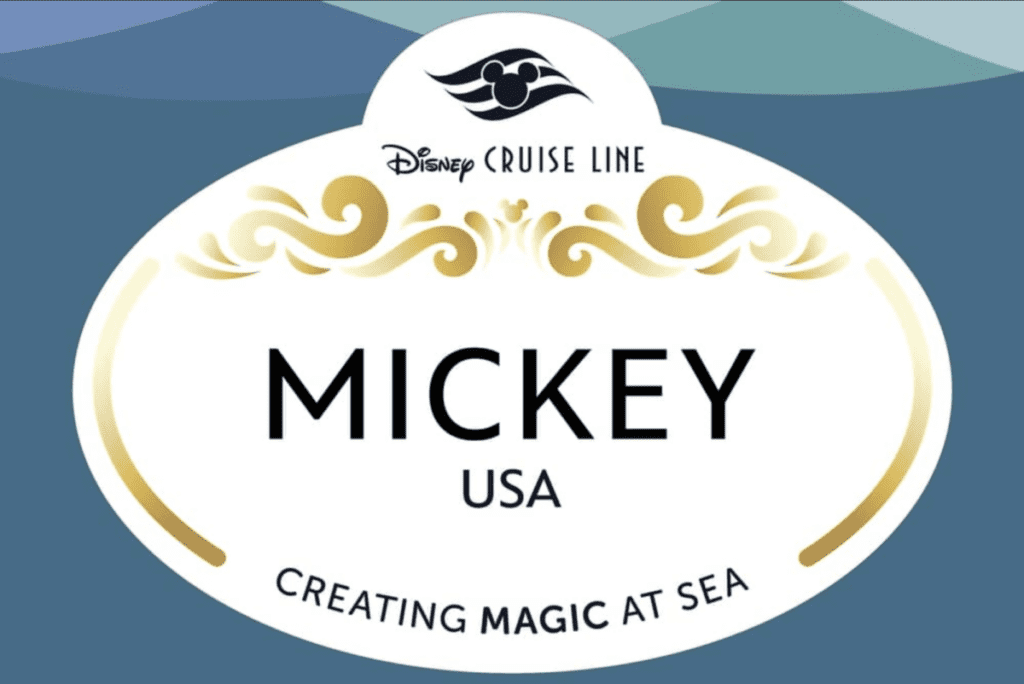 As we learn more details about the Disney Wish cruise ship and all the magic she will bring to future Guests of Disney Cruise Line, it’s making us want to book a sailing as soon as we can. Do you have a Disney Wish sailing to look forward to? If not, we think it’s time you looked into one!