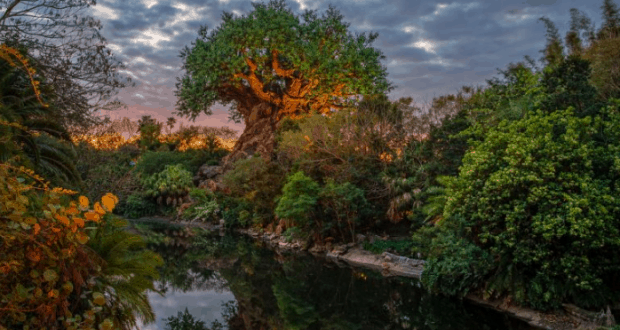 Walt Disney World’s youngest theme park recently celebrated its 21st anniversary. Animal Kingdom is a new take on an older idea. Back when Disneyland was being built, Walt wanted to use actual animals on the Jungle Cruise attraction, but instead audio-animatronic robots were used. Today, visitors to the Walt Disney World Resort can visit Animal Kingdom and see animals up-close, enjoy shows, play games, learn about animals and their habitats and enjoy great rides and attractions. Have you wondered what Animal Kingdom is like? Here are 10 of the questions we are frequently asked about Disney World’s fourth theme park.

Not at all—and really the furthest thing from it. Animal Kingdom is home to thousands of animals, but it’s also home to amazing rides, shows and attractions that the whole family will enjoy.

9. How is Animal Kingdom different from a local zoo?

Most local zoos only house, care for and train animals. Disney’s Animal Kingdom offers Guests unique ways to see animals up close, like its many paved trails and the Kilimanjaro Safaris attraction. 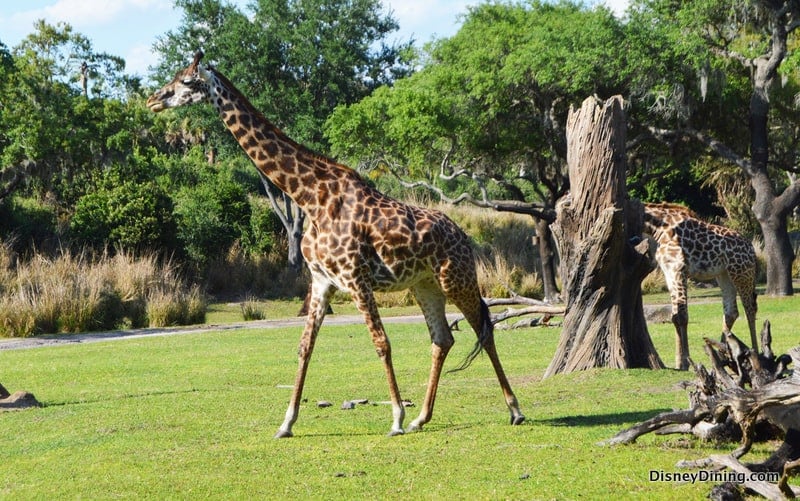 8. Is there any live entertainment?

Yes! There are a few shows that you won’t want to miss. See Finding Nemo—The Musical which showcases new music not in the feature film as well as huge puppets—one the size of a Volkswagen Beetle! You can also see The Festival of the Lion King which makes use of brilliantly-colored costumes, music and audience interaction to tell the story of Simba’s journey to become King. There are also numerous opportunities to catch live street performers, dancers and drummers throughout the park.

7. What kinds of animals can we see at Animal Kingdom?

There are thousands of animals who call Animal Kingdom their home. You can see large animals like lions, cheetahs, elephants, rhinos and giraffes. There are smaller animals like hyenas, flamingos, orangutans, birds of prey and Galapagos turtles. There are also lots of fish, penguins, reptiles, spiders, bugs and birds.

6. Which attractions at Animal Kingdom need a FastPass+?

Like any of the four Disney World theme parks, Animal Kingdom has amazing rides and attractions that the whole family will love! But you’ll want to make good use of your FastPass+ selections so that you can experience as much of the magic at Animal Kingdom as possible with as little time in the queue as possible. One of the hardest FastPass+ times to score at Animal Kingdom (and in all of the resort) is for the Avatar: Flight of Passage attraction. It’s only been open since 2017, and it was an immediate hit with Guests, but you’ll want to try to get a FastPass+ time for this simulation attraction in which you get to ride on the back of a banshee. Another very popular attraction at Animal Kingdom is Expedition Everest. You’ll take a train through the Himalayas but watch out for that Yeti! You may also want to get a FastPass+ time for the DINOSAUR attraction in Dinoland U.S.A. Remember that you can reserve FastPass+ times 60 days in advance if you’re staying on Disney property and 30 days in advance if you’re staying elsewhere. 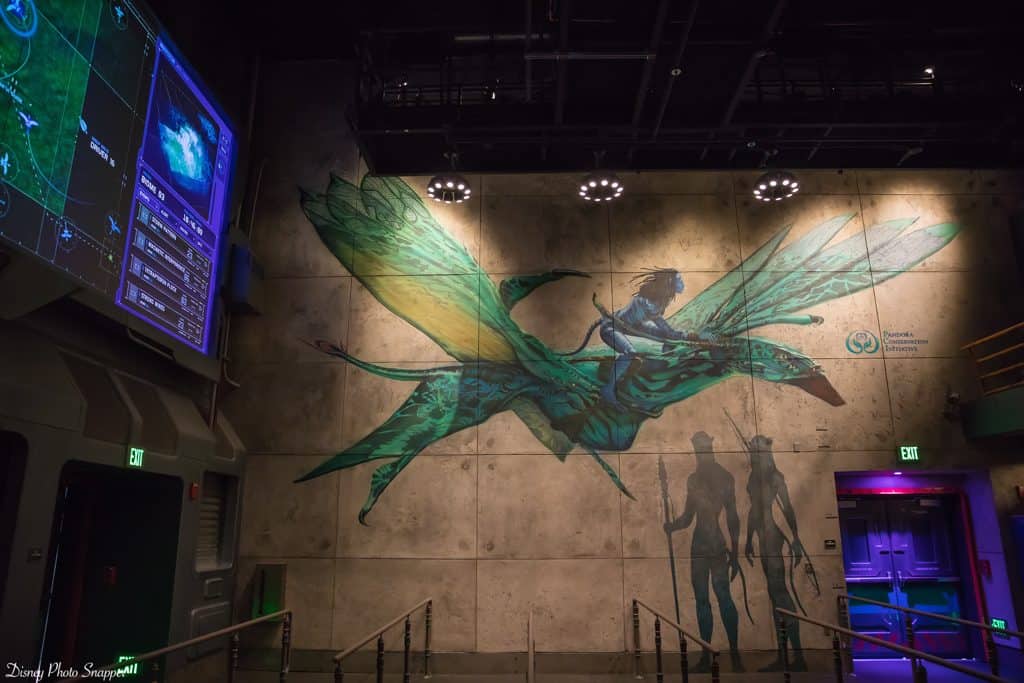 The newest addition to Animal Kingdom is the long-awaited Pandora: The World of Avatar, inspired by the 1999 James Cameron film, Avatar. The new land encompasses 11 acres and includes two all-new attractions—Na’vi River Journey and Avatar: Flight of Passage. The land takes the shape of the moon of Pandora from the feature film—Guests can see floating mountains, waterfalls and even a bioluminescent rain forest! Be sure to visit at night—it’s beautiful!

4. Can we meet any characters at Animal Kingdom?

Yes! Mickey and Minnie have been on safari, and they are eager to meet Guests at Adventurer’s Outpost. Donald, Chip and Dale appear in Donald’s Dino Bash at Dinoland U.S.A. You can also see Pocahontas, characters from the film, UP, and more.

Dinoland U.S.A. is one of the sections of Animal Kingdom toward the front of the park. It has a unique backstory to it. The story goes that years ago, in 1947, when this area was only known as Diggs County and was home to nothing more than an old fishing lodge, fossils were found and authenticated by a group of paleontologists. When those scientists realized the magnitude of their find, they purchased the lodge and the land around it. An elderly couple known as Chester and Hester owned a gas station in the area. When they noticed the influx of visitors to the area, they decided to cash in on the opportunity. They created a roadside amusement park and souvenir shop along old Highway 498—and that area is housed in the Dinoland U.S.A. section of Animal Kingdom. There are rides, midway games, a restaurant and the Dino Institute where you’ll find the DINOSAUR attraction. 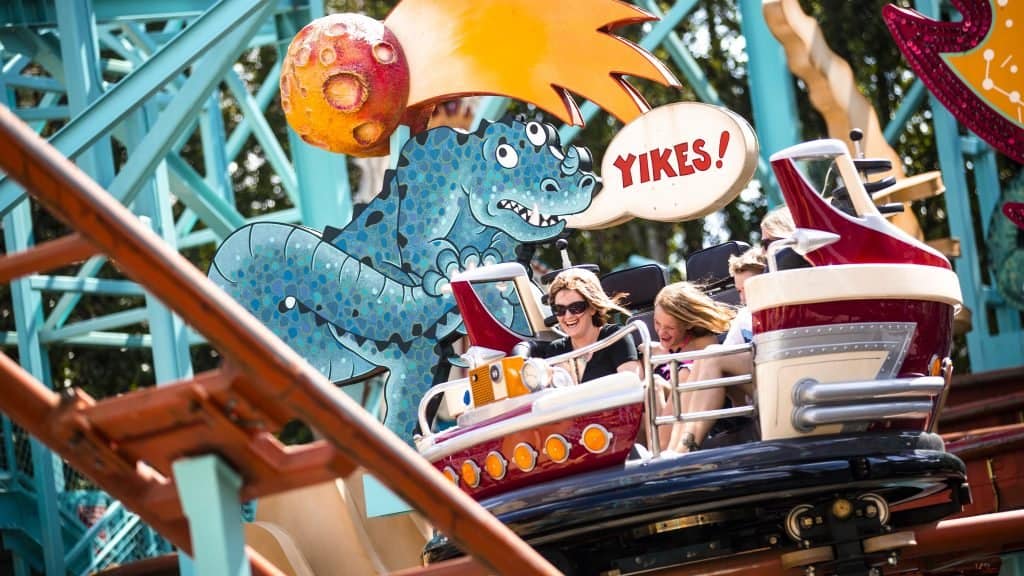 2. What’s the best way to see a lot of animals at one time?

Your best bet for catching several different species of animals in one place is by enjoying the Kilimanjaro Safaris attraction. In this experience, you will board a large, rugged open-air safari vehicle and head out to the African savanna. The ride takes Guests along a bumpy dirt and rock roadway through the 140-acre savanna, where it’s possible to see over 30 species of animals, including okapis, flamingos, ostriches, cheetahs, giraffes, lions, spotted hyenas, black rhinos, white rhinos, gazelles and more. The ride lasts approximately 18 minutes and it’s well worth stopping by for the experience.

1. Which restaurants should we try at Animal Kingdom?

There are several restaurants from which to choose at Animal Kingdom. Tiffins is a table-service venue at Discovery Island that serves African, Asian and Latin cuisine and offers beef, fish and chicken choices. Yak & Yeti is in the Asia section of the park and serves sushi, noodle bowls and a signature Mango Pie. Rainforest Café is at the main entrance to the park and serves American fare in an Amazon rainforest setting. Animal Kingdom also has various quick-service restaurants and pick-up windows throughout the park. 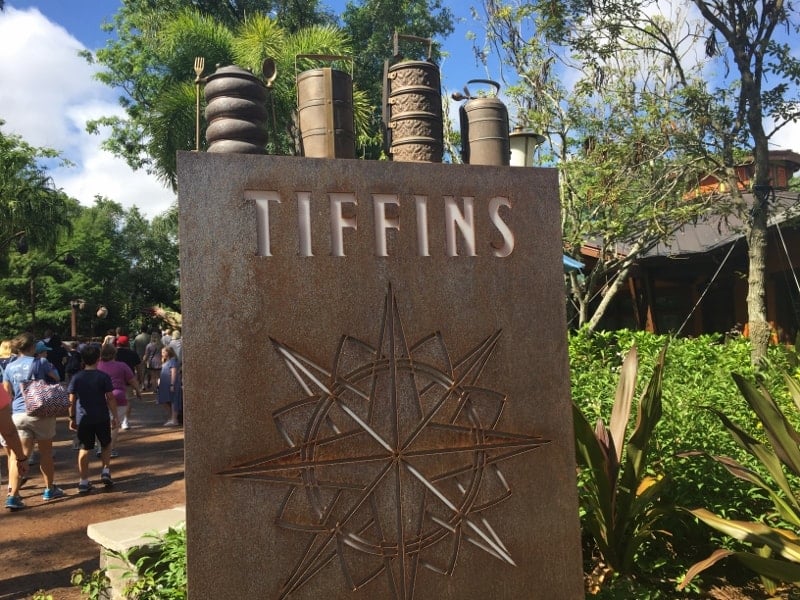