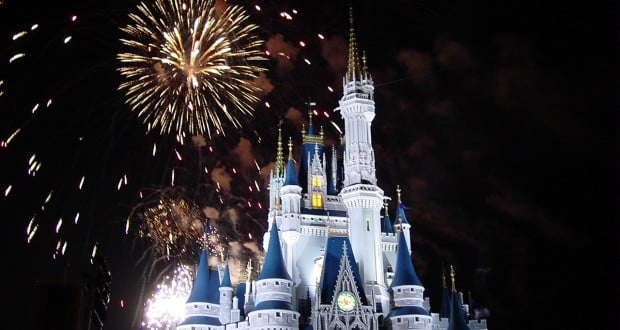 A trip to Walt Disney World gives people of any age the opportunity to become a kid again. Disney is for the young, and the young at heart, and this becomes evident the second you walk into any of the theme parks. In your hometown, your neighbors might label you as childish if you decide that you want to be a pirate, or that you can’t wait until you get your chance to meet Anna and Elsa. In Walt Disney World, your age doesn’t matter. You can be a pirate if you want to, whether you’re five or eighty-five, no one in Walt Disney World would judge your desire to relive some of those childhood dreams.

This point may sound kind of obvious, but it’s definitely worth mentioning. If you’re at Disney, that at its most simplest level, means that there are many places you are not at. If you’ve been slaving away in the office or in the classroom for the past couple of weeks, a Disney vacation might be just what you need. Even if you’re not feeling like you’re in serious need of vacation time, I would imagine that you’d rather be at Walt Disney World watching Wishes, instead of spending another late night at the office.

I use the world “almost” because some guests tend to take this point a little bit too far. By this point, I mean that in a Walt Disney World vacation, there are so many people taking care of you. When you get off the Magical Express and someone else grabs your luggage, or when you buy something at the parks and a cast member delivers it to your resort, you’re surrendering your usual responsibilities in favor of enjoying yourself on vacation. While this is obviously a huge perk to traveling to Walt Disney World, don’t forget that you do still need to retain some responsibility—cast members are not babysitters, and you need to be responsible for other basic things like your finances while on vacation. But compared to the real world, Disney is almost entirely responsibility free.

As a company that jump-started pop culture’s interest in family entertainment, it is no surprise that Walt Disney World has some of the best entertainment around. Whether you’re thinking of the Festival of Fantasy Parade, or Festival of the Lion Kingdom, there is such a variety of entertainment across Disney property that you most likely do not have access to at home.

At home, you might find yourself at least somewhat regularly spending way too much time cooking, or way too much money ordering food that isn’t worth it. With a trip to Walt Disney World, you don’t have to worry about these problems. You can leave the cooking to the experts and the food (that can sometimes be kind of expensive) is well worth the money you’re spending on it.

If you’re like most people, part of the reason why you chose Florida for a vacation is because of the weather. They don’t call it the sunshine state for nothing. Even if you find yourself getting caught in the afternoon showers, this is still probably the better alternative to the freezing cold winter you might be having at home.

2. A “bad” day at Disney is better than an ordinary day anywhere else

What constitutes a bad day at Disney? I guess the same things that would make up a bad day anywhere else. Say you’re walking and your shoe breaks, or you lose that twenty dollar bill you swear you put in your pocket a few minutes ago. While both of these are not ideal, wouldn’t you rather them happen to you in Disney World? Being on vacation can help you to get over things quicker and see what’s right in front of you.

The number one reason why I would rather be at Disney is that it provides an escape from reality. When you enter Disney, you truly are entering a different world, that is entirely different from our understood realities in the most fantastic of ways. Disney allows you to experience the cultures of the world without leaving Florida, and to take a safari in Africa without getting on an airplane. I can’t think of anywhere else where I’d be able to do things like that, which is why the escape from reality has made the number one spot on this list.