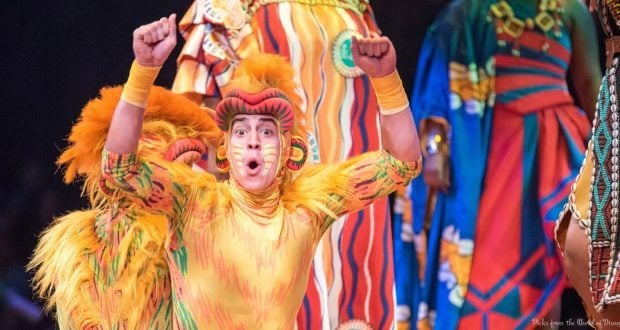 One of the entertainment events that many guests consider to be a quintessential experience while in Walt Disney World is the nighttime fireworks and projection show in the Magic Kingdom. Happily Ever After showcases Cinderella Castle and combines beautifully timed fireworks and state of the art projections with Disney music and characters for an unforgettable show. With a catchy song that encourages guests to “reach out and find their happily ever after,” this nighttime presentation is the perfect way to end a day in the Magic Kingdom and is something that guests are definitely missing right now!

The Campsites at Disney’s Fort Wilderness Resort are known for their rustic charm and an amazing dinner show that combines delicious family-style dinners with unforgettable live entertainment. The Hoop-Dee-Doo Musical Revue is typically performed on select nights in Pioneer Hall and features a cast of six actors including Claire de Lune and Johnny Ringo who perform a series of musical numbers and vaudeville sketches that have guests laughing and singing along throughout the night. Some guests might even find themselves as part of the show in certain numbers which definitely creates a totally unique memory! Fans of the show are certainly counting down the days until they can enjoy the Hoop-Dee-Doo Musical Revue again!

3. Festival of the Lion King

One of the most popular live entertainment shows in Walt Disney World is typically performed several times each day in a beautifully themed theater in Disney’s Animal Kingdom. The Festival of the Lion King is situated in the village of Harambe in the Africa area of the park and features a stunning combination of characters and music from the beloved Lion King in addition to fire dancers, aerial dancers, stilt walkers, and many more. The celebration gets the audience involved every time and even featured a festive parade at the end that lucky children are chosen to partake in. The Festival of the Lion King is a must see in Disney’s Animal Kingdom and guests can’t wait for its return.

A quintessential tradition in the Magic Kingdom for many, many years has been a beautiful parade to entertain guests either during the day, at night, or both. Before the pandemic, the Festival of Fantasy Parade brought festive fun to the traditional parade route from Frontierland through Liberty Square and down Main Street every afternoon. Featuring whimsical floats that highlighted favorite films and characters including Mickey and Minnie, Rapunzel, Peter Pan, Pinocchio, and more, the parade is beloved by guests. In addition to the memorable soundtrack, the true memorable moment of the Festival of Fantasy Parade is the steam punk-styled float of Maleficent in dragon form breathing real fire at Prince Phillip. Guests are certainly looking forward to lining the curbs and enjoying the Festival of Fantasy Parade again one day soon!

5. Beauty and the Beast – Live On Stage

Disney’s Hollywood Studios focuses on the magic of Hollywood by brining favorite films and television experiences to life for guests. A classic live show that guests love to enjoy during normal times in the park can be found in an open air theater on Sunset Boulevard. Beauty and the Beast – Live On Stage features a Broadway-style performance that tells the classic tale of Belle meeting and falling in love with the Beast. While the story itself is unforgettable, guests adore the large scale musical numbers including “Be Our Guest” and “Gaston” and always find themselves clapping along. Beauty and the Beast – Live On Stage is definitely missed by guests and will hopefully return to the stage sometime soon!

Also found in Disney’s Hollywood Studios is an entertainment troupe that typically roams throughout both Hollywood and Sunset Boulevards each day. Typically featuring several actors at the time, the troupe roam in classic cars and are decked out in full costume meant to evoke the spirit of the golden age of Hollywood. Guests who are lucky enough to catch their performances during normal times can find themselves as part of the act as the Citizens of Hollywood invite others in to help hem perform scenes and skits designed for big laughs and a lot of fun. The Citizens of Hollywood help create the amazing atmosphere that Disney’s Hollywood Studios is known for and guests are anxious for their return soon.

Before the pandemic, most nights in Disney’s Hollywood Studios ended with a presentation of the nighttime entertainment spectacular Fantasmic! The show is housed in the large, open air Hollywood Hills Amphitheater which features a massive set including a mountain, stage, and waterway. Fantasmic! tells the story of Mickey delving into his Imagination culminating in an epic showdown between good and evil where he faces off with Maleficent in dragon form. While the show is a favorite of many guests thanks to familiar characters and music, it is currently not running since social distancing measures and safety protocols are in place. Hopefully guests can begin to enjoy Fantasmic! again one day soon!

Of the Pixar classic films, a favorite of many guests is Finding Nemo which tells the epic tale of Marlin and Dory traveling across the oceans to find Nemo. During normal times, Disney’s Animal Kingdom is home to Finding Nemo- The Musical in the Theater in the Wild in the Dinoland area of the park. The live show tells the story from the film using beautiful and larger than life puppets of favorite characters and uses a stunning combination of special effects and original songs to make for an unforgettable experience. While Finding Nemo – The Musical isn’t currently playing in Disney’s Animal Kingdom, guests cannot wait for it to return!

Another show that guests are anxiously awaiting the return of can be found in the Echo Lake area of Disney’s Hollywood Studios and brings the adventures of a favorite hero to life. The Indiana Jones Epic Stunt Spectacular! is typically performed several times a day and showcases the art of stunt work through a series of famous scenes including the rolling boulder and airport showdown. In addition to the thrilling stunts, guests also have the chance to be chosen to participate as extras right in the middle of the action, making it a great experience for many. Hopefully the Indiana Jones Epic Stunt Spectacular! will be returning to Disney’s Hollywood Studios soon!