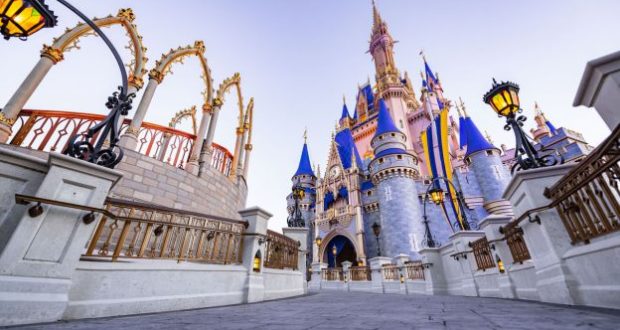 On Friday, June 24, 2022, the Supreme Court overturned Roe v. Wade, allowing states to ban abortions. Disney has now informed its Cast Members it will cover travel expenses for employees in states banning abortions, including its large number of employees located in Florida.

@MattBelloni posted the full memo sent from The Walt Disney Company to its employees. A portion of the memo includes:

“We recognize the impact that today’s Supreme Court ruling could have on many Americans and understand that some of you may have concerns about what this might mean for you and your families, as medical and family planning decisions are deeply personal.“

“Please note that our company remains committed to removing barriers and providing comprehensive access to quality and affordable care for all of our employees, cast members and their families, including family planning and reproductive care, no matter where they live. In fact, we have processes in place so that an employee who may be unable to access care in one location has affordable coverage for receiving similar levels of care in another location. This travel benefit covers medical situations related to cancer treatments, transplants, rare disease treatment and family planning (including pregnancy-related decisions).“

The Walt Disney Company isn’t the only large company paying travel expenses for those seeking an abortion as numerous others including Netflix, Comcast, and Amazon, as noted in the tweet below, already made the decision to cover travel costs prior to the Supreme Court’s decision:

Disney’s involvement with political matters has been at the forefront of much current Disney news. Most recently, Disney announced it will be delaying the relocating of thousands of California employees to Florida from the planned timeline of 2023 to 2026. The delay has been noted by Disney as allowing Cast Members more time to plan and for the construction of homes and new office spaces to be complete.

The timing of the move delay falls in the midst of the ongoing feud Disney has with Florida Governor Ron DeSantis. Gov. DeSantis is working to dissolve Disney’s Reedy Creek Improvement District, which is a result of the controversies between DeSantis and Disney’s CEO Bob Chapek surrounding Florida’s Parental Rights in Education bill (also known as the “Don’t Say Gay” bill).

Ron DeSantis took to Twitter following the Supreme Court’s decision to overturn Roe v. Wade as the court had “answered the prayers of millions upon million of Americans.” DeSantis notes that Florida will continue to defend its “pro-life reform”.

We will keep you updated here on Disney Tips as we learn more about The Walt Disney Company’s decision to pay travel expenses for its employees seeking an abortion.