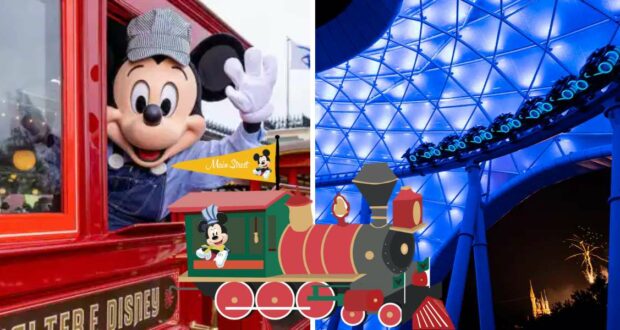 Disney Parks just shared an insider’s look at the fresh additions added to the Walt Disney World Railroad (WDWRR) for its reopening this holiday season, including a look at the new tunnel crafted for its intersection with TRON Lightcycle / Run.

Since the WDWRR shuttered its stations in 2018, Disney fans have wondered when they’ll once again be able to embark on a Grand Circle Tour around the Magic Kingdom. Previously, Disney Parks Blog shared that the railroad would reopen this month after its period of extended maintenance in preparation for the opening of Tomorrowland’s TRON-inspired rollercoaster. 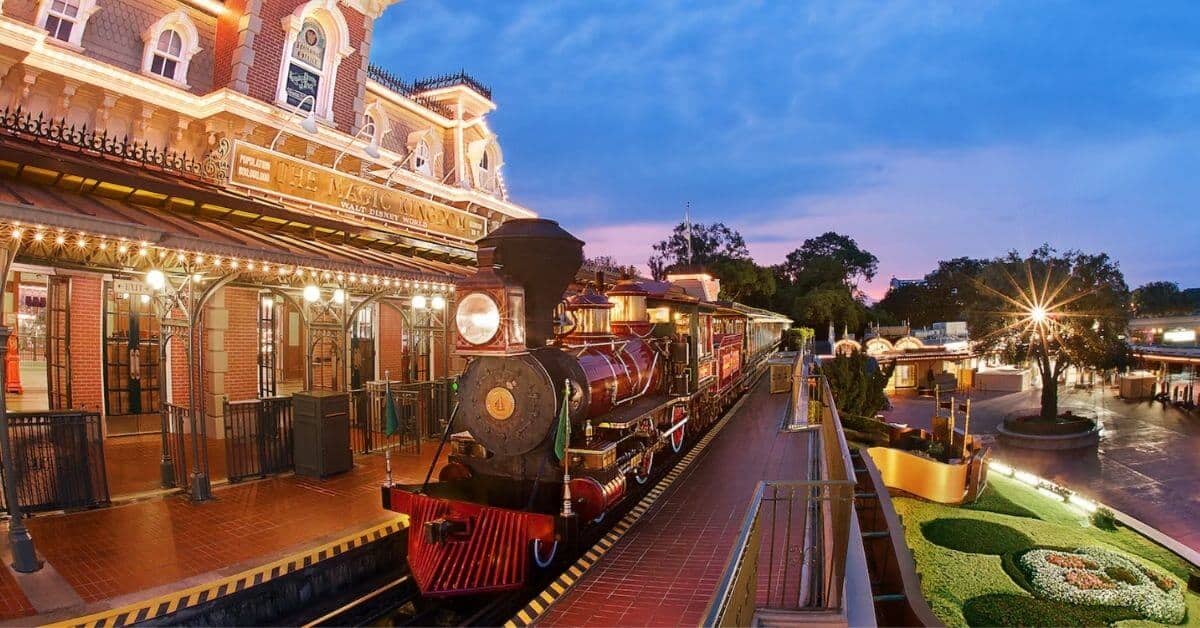 With an estimated opening for Spring 2023, the coaster’s construction has left the WDWRR in closure for years. Moreover, Disney revealed in that time, “a new conductor has assumed the role” whose tour narration would add “fresh commentary” to the WDWRR’s “long tradition… amusing anecdotes.”

Plus, the train’s conductor has now become a character of sorts, tied into the theme park lore for Magic Kingdom Park! In fact, Disney notes they’re “someone who grew up on Main Street, U.S.A., dreaming of the day they’d be on the railroad,” similar to a young Walt Disney himself as he made his way from Chicago suburbs to Marceline. What’s more, the video posted to the Disney Parks’ TikTok showcased the new experiences Guests can experience once the WDWRR reopens. 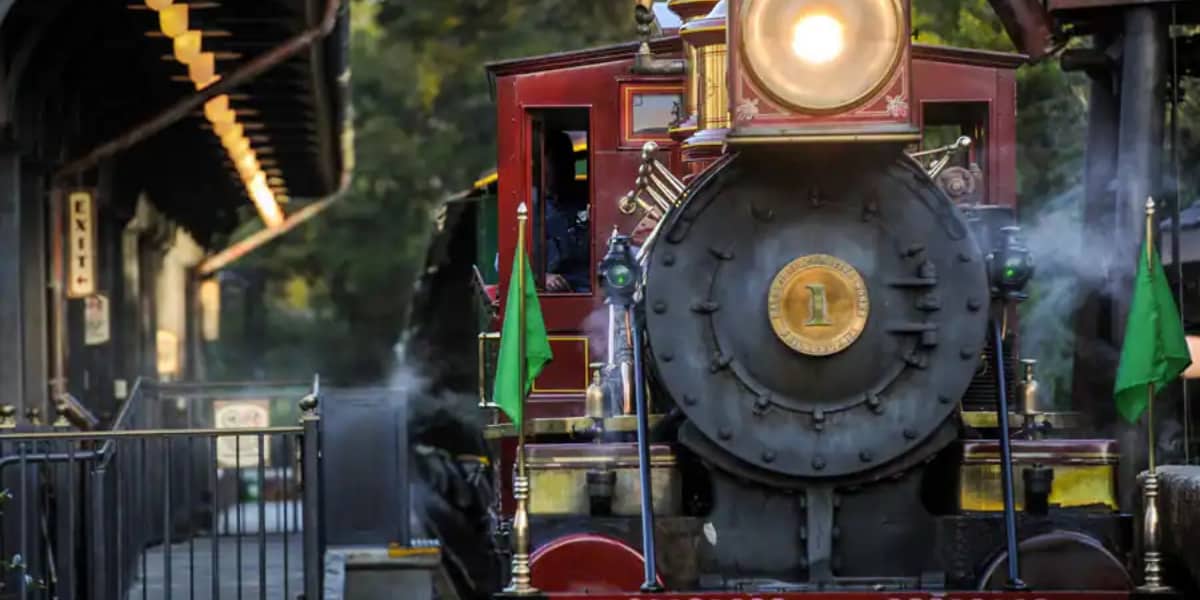 It begins at the Main Street station, where conductor Mickey Mouse himself invites Guests on the Grand Circle Tour. Additionally, new text over the images reads: “POV: You’re the FIRST Guest to see ALL the sights, old and new, aboard the Walt Disney World Railroad.”

All in all, the video includes stops at the Frontierland station, complete with a view of Big Thunder Mountain Railroad, the Fantasyland station, and even an all-new sneak peek at the TRON Lightcycle / Run coaster tunnel in Tomorrowland! As Guests approach a futuristic white tunnel, a female voice cuts through the audio, stating: “Unidentified users detected in upload comlink area, Scanning… calculating… locomotive maintaining trajectory, intervention not required.” 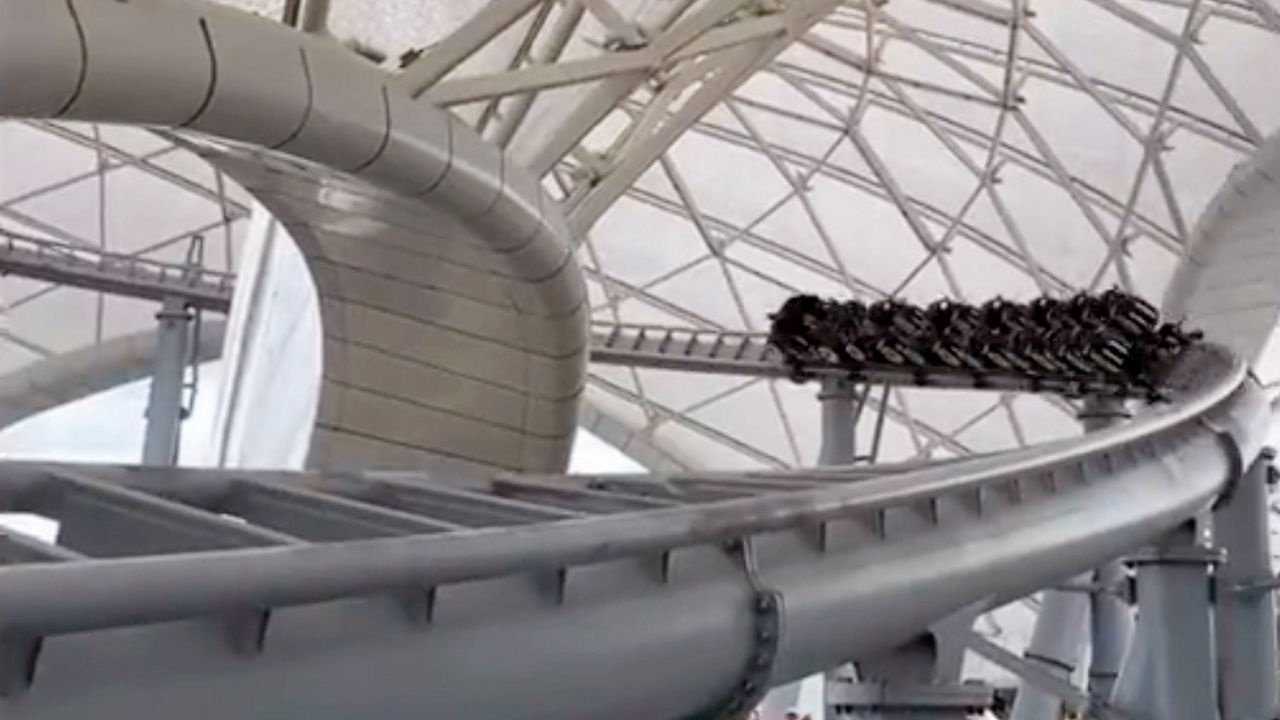 Afterward, the train passes through the world of TRON, and Guests can witness the Lightcycle / Run coaster race past through a series of small windows! It certainly seems like Guests will be able to step inside the worlds of the Magic Kingdom like never before when the Railroad reopens this holiday at the Walt Disney World Resort!
2022-12-22
Spencer Beck
Previous: Have Fan Reactions Convinced Johnny Depp to Return For Margot Robbie’s ‘Pirates of the Caribbean’ Film?
Next: Prince Eric Receives a Personality in Disney’s ‘The Little Mermaid’ Live Action