What Not To Waste Your Time On in Walt Disney World

There is so much magic to experience in Walt Disney World that you want to make sure that you can soak it all in during your vacation. To savor all those magical moments in the Disney Parks, you want to ensure that you don’t waste any time. To help you do this, we have what not to waste your time on while on a Walt Disney World vacation. We hope this will help you have not only a better vacation but also a more efficient one.

Although we love almost all of the attractions in Walt Disney World, we would be lying if we said that they are all equal. Some rides and experiences throughout Disney World are time wasters and shouldn’t be a priority when visiting. 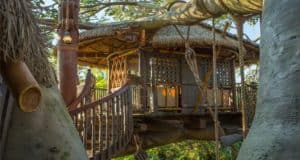 In Magic Kingdom, the biggest time waster in the theme Park we have found is the Swiss Family Treehouse. Located in Adventureland, this treehouse is unbelievable in its structure and design, but that is where the excitement ends for us. The attraction requires a lot of climbing, and there are a lot of other rides that you could be doing instead. It isn’t terrible, but it just isn’t one that we would prioritize on a trip. In EPCOT, we think that the Beauty and the Beast Sing Along is a time waster. If you are looking to get out of the sun or rain, this might be a good option back in the France Pavilion, but otherwise, we would skip it. There isn’t anything outstanding about this sing along, and the addition to the plot is something our pure Beauty and the Beast heart isn’t a fan of, and there is so much else to do and experience in EPCOT. 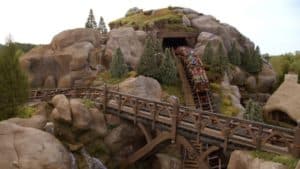 It might seem obvious that long lines are a time waster on a Walt Disney World trip, but we are talking about specific rides that we wouldn’t waste time standing in a long line waiting to experience while in a Theme Park. In Magic Kingdom, we don’t like to spend a lot of time waiting for extremely short rides. These would be Seven Dwarfs Mine Train as well as Peter Pan’s Flight. Both of these are rides fairly short, making the hour plus long wait not worth it to us. We also feel this way about the Na’vi River Journey in Disney’s Animal Kingdom. Although the ride is beautiful, we don’t feel like an hour-long wait is the best use of our time while on vacation. In Disney’s Hollywood Studios, we wouldn’t wait for long periods for shows such as For the First Time in Forever: A Frozen Sing Along or Beauty and the Beast: Live on Stage. On most days, these theaters don’t fill up at each show so spending an extended period of time waiting for a show to start is a time waster for us. 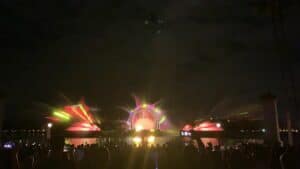 Finding a Spot for Fireworks

We know that both Disney Enchantment and Harmonious are extremely popular right now with the 50th Anniversary celebration, but we still don’t feel like it is the best use of time to stake out a spot hours before they begin. First of all, although there are better spots than others to see these shows from, there really isn’t a bad spot to see Disney fireworks from. The shows are so amazing that many places in Magic Kingdom or EPCOT will be a fantastic spot. Even though you get a spot early on, it doesn’t prevent others from coming in at the last minute and standing in front of you or blocking your view. Have some options for watching these shows so you don’t have to waste time sitting and waiting for them to start when you could be enjoying other attractions. 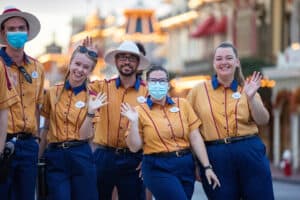 Even though Walt Disney World is full of magical things that can still go wrong, that doesn’t mean you have to be negative about everything. If you are so focused on the things that aren’t going perfectly, you are missing out on those going well. Being negative doesn’t improve the situation or change what is happening, so instead, take a more magical approach to turn the day around. This also goes for when you need to talk to a Cast Member about a situation. Being super negative or angry doesn’t get you very far so take a moment and work on being more positive, so everyone can enjoy the trip more. 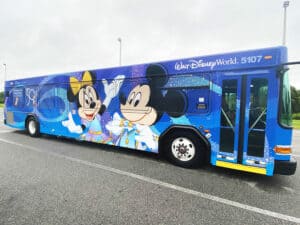 Hopping to Another Park

Guests with Park Hoppers are able to hop between Theme Parks starting at 2 pm. Because of this new time restraint, Park Hopping could be a big time waster. If you rely on Disney transportation to get between Parks, it can suck up a lot of time just in traveling between the Parks. Because of the limited hours available for Park Hopping might not be the best use of time anymore. Instead of wasting time going to a new theme Park, spend enjoying the theme Park you are at and using that time for more attractions.

The biggest time waster when it comes to a Walt Disney World vacation is not planning. There is so much now that goes into a Disney vacation that if you don’t take time learning a little beforehand, you will find yourself wasting time trying to figure out what to do or waiting in long lines that you don’t need to. Before heading down for your vacation, read some of our planning tips so you are ready to go and can make the most out of your time at Disney.

A Disney vacation is a magical experience. We hope that these tips about not wasting your time while on vacation will help you prepare and have an even better trip.