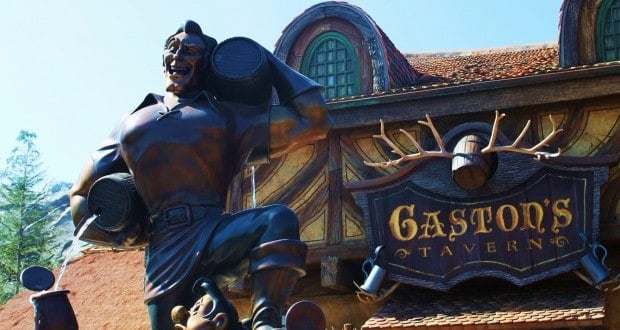 The perfect day at the Magic Kingdom begins with watching the opening ceremonies held in front of the Cinderella Castle. There is something magical about Mickey and his pals welcoming guests to the most magical place on earth! If waking up for park opening sounds like it will be a bit too early for you, and you’re not super concerned with seeing the opening ceremony, I would still suggest arriving early on in the day. The crowds do not begin to pick up until  the later parts of the morning, so an early arrival will give you plenty of time to get to some of your favorite attractions while the lines are still reasonable.

2. Make Fastpass selections before your arrival

Making Fastpasses before you arrive is always a good idea, but it is especially important if you are planning on using them for popular attractions, like the Seven Dwarfs Mine Train for instance. This is one attraction that you will most likely not be able to find Fastpasses available for on the My Disney Experience app on the day of your visit, so making this selection in advance is a must! I also find it helpful to have these kinds of plans made before your vacation, that way you can spend more time enjoying yourself and less time standing around scheduling Fastpasses. Of course, you are always able to edit your plans on the app during your trip, though having some plans already made before you arrive is never a bad idea.

Some of the entertainment offerings in the Magic Kingdom, particularly those on Main Street like performances by the Dapper Dans or the piano player at Casey’s Corner tend to take place early on in the day. The times for all of these events are listed both in the Times Guide you can pick up with a map on your way into the park, and on the My Disney Experience app. Though arriving early can help you get a headstart on your favorite attractions, I would also recommend seeing some of the entertainment that won’t be around later in the evening.

If you’re planning on dining at a table service restaurant in the park, it is highly recommended that you make reservations in advance. Some restaurants in the Magic Kingdom are booked up almost immediately after reservations are able to be made. While you should have time to make reservations before your trip, perhaps only with the exception of Be Our Guest, Cinderella’s Royal Table, or the Crystal Palace, it’s best to do so as early as possible. If you’re not planning on having any table service meals, researching the quick service options ahead of time can also be helpful, as you’d know exactly what you want to eat, and you’ll be able to save some time during your trip.

5. Grab a spot for the parade early

Many guests visiting the park will begin to camp out for the afternoon parade about an hour or so ahead of time. You may be feeling adventurous and like you’ll have some time to ride some more attractions and catch the parade last minute, but if seeing the parade is a priority your safer bet is to get a spot early. Sometimes when we don’t want to spend the time just sitting around waiting for the parade, we grab some hot dogs or a snack and turn waiting into the parade into lunch time!

This point is especially important for adults visiting the parks without kids, who therefore see no reason to meet the characters. The reason why you should meet some characters is simple- it’s fun! You’re on vacation in Walt Disney World, and you should be making the most of it! Anything Disney offers is not just for kids, it’s for the whole family. Don’t worry about being the only adults in line, or thinking that some experiences are just for kids. Remember, Walt Disney did say, “Adults are just grown up kids anyway.”

You probably have tons of photos in front of Cinderella Castle by now, but what about outside of Space Mountain? Or maybe in New Fantasylad by Gaston’s Tavern? There are plenty of locations that make for perfect backdrops for photos around the Magic Kingdom, you just need to be a little bit creative. And remember that while you may not want to spend time taking pictures during your trip, you’ll be happy to have something tangible as a memory of your trip later.

8. Take a break at the monorail resorts

Taking a midday break from the parks is always a good idea, especially if you’re visiting with young kids. Many guests go back to their resorts in the middle of the day to relax and freshen up before going back out in the evening. An alternative to this while visiting the Magic Kingdom (assuming you don’t need your hotel room) is to swing by the monorail resorts instead. By doing this, you’ll be able to have a drink in one of their bars, wander the shops, and relax in the lobby. While you can’t use the pools unless you are staying at those resorts, this can be a great alternative to going all the way back to your resort if you are not staying nearby.

9. Stay for the fireworks

No visit to the Magic Kingdom is complete without seeing Happily Ever After at the end of the night. Even if the kids are falling asleep on your shoulders, seeing the fireworks up in the sky behind Cinderella Castle is a classic Disney experience that should not be missed.

10. But don’t leave right after them!

Leaving right after the fireworks is something we always avoid– the post-fireworks crowd of most guests leaving the park at the same time makes for long lines at the monorails, buses, and ferry. We always prefer to take our time leaving the park and let the crowd die down a little bit before we begin to head out. We use this time to pick up any last minute souvenirs on Main Street and get some nice pictures in front of the castle as the park empties out instead!