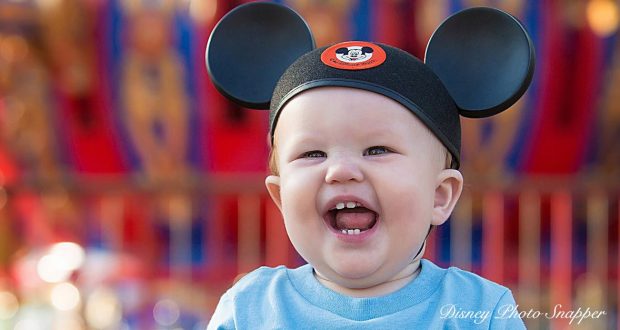 A true Disney fan definitely knows how to decorate a Magic Band. Devout fans don’t settle for the plain grey ones, unless they dress them up with a little bit of paint or nail polish. I’ve even seen some guests use temporary tattoos to decorate their bands—the possibilities are endless. If you’re not the creative type yourself, you’ve probably already purchased a special edition Magic Band, or one with a pretty design like the Haunted Mansion wallpaper or Cinderella Castle. Disney also sells sleeves for the bands, as well as other character themed accessories to help you make your band truly your own.

Sometimes you can spot a Disney fan by their shoes. Anyone going out of their way to wear Mickey crocs has to be a true Disney fan. Some other Disney fans are known for wearing Toms with painted on Disney characters on them. (Don’t worry, if you can’t paint yourself shoes like this can be purchased on websites like Etsy.) Other shoes might be sneakers with Mickey Mouse on them, or flip flops with the princesses on them, both of which can be found at merchandise locations around the parks.

True Disney fans know where to get the coolest Disney t-shirts. Whether it be in the most random of post-ride gift shops, Disney Springs, resorts, the Disney store, or other online locations, Disney fans always have the most unique and awesome t-shirts. These shirts might be for specific attractions like the Haunted Mansion, characters like Figment, or even things like rides that no longer exist at Walt Disney World like Mr. Toad’s Wild Ride. These shirts are all out there, and they’re being worn by the true Disney fans of the world. You’re even more of a true Disney fan if you’re wearing your nerdy Disney shirts while you’re at home away from the parks.

So many Disney fans are addicted to pin trading, and the best way to tell is by seeing the lanyards they were when they visit the parks. True Disney fans want to show off their pins, but serious collectors take a few extra precautions. If you’re a serious pin trader, chances are you have lots of pins at home that you fear are too valuable to bring to the parks. If you do bring some of your favorites to the parks, you’re probably wearing them on a lanyard that’s secured with the locking pin backs so you know you won’t have to worry about them falling off throughout the day. Even more serious Disney fans will have pouches, messenger bags, or binders filled with pins, so they’ll never feel the need to fight the temptation to trade or add a new pin to their collection.

The number one item that a true Disney fan wears is an ear hat. Let’s face it, would you wear something with two goofy looking mouse ears on your head if you weren’t a true Disney fan? Ear hats come in a variety of styles, representing a lot of the most popular Disney characters, sometimes even with nods to theme park attractions or special occasions. Just married? Get yourself the bride or groom ear hats. Celebrating a birthday? There’s an ear hat for that, just head into any large gift shop’s hat section and look for the festive ‘Happy birthday!’ hat. Just want to show your love for German pretzels and bear? Why not display your affections above your head, in a hat that represents one of your favorite countries in World Showcase. There are ear hats for kids, adults, and even headband style ones if hats really aren’t your thing. This is another great way to show off your creativity if you’re able to do so. Some of the coolest Disney ear hats I’ve seen have surprisingly been homemade. You’d be surprised at how easy it can be to decorate the hats on your own, and make them work for the theme of whatever your favorite movies or characters are.