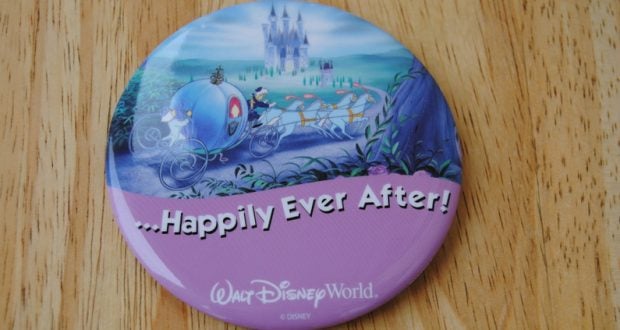 6. They’ll talk about Disney a lot

Disney fans are always up for talking about Disney, especially when something new or exciting is going on. Is your girlfriend an Star Wars fan? Guess who will be hearing a lot about Star Wars: Galaxy’s Edge at Hollywood Studios? That’s right, you will! And if you plan on marrying this girl, you know the only way to truly win her over is going to be to bring her over there once this part of the park opens up. The same goes for Disney movies. Don’t be surprised if that guy you’re dating needs to watch Wreck-It-Ralph once a month or so, and if you really love them, don’t be surprised if you find yourself doing it with him.

5. You’ll probably go to Disney for your honeymoon

I say probably because there are so many different Disney vacation options, that going to Disney for your honeymoon doesn’t necessarily mean going to the parks. You can still have a Disney vacation by going on a Disney cruise, visiting Aulani in Hawaii, or by going on an Adventures by Disney trip, which can take place all over the world. Wherever you do end up going for your honeymoon, just be prepared to have Disney be involved somehow. Even if your destination is not overtly Disney, I’m sure you’ll still be using Mickey beach towels, and wearing Mickey t-shirts, and overall celebrating your love for each other, and Disney.

Your new spouse will probably talk you into getting an annual pass. He or she is obviously excited to marry you, but they’re also excited about the stability of having someone to always vacation with that comes with marriage. And since you’re the chosen one, you’ll be just the person to be going on all these trips together. The constant planning means you’ll have a collection of Disney gift cards, you’ll be looking out for pin codes in the mail, and your evenings might be spent watching the vacation planning DVDs and looking out for dinner reservations at you or your spouse’s favorite hard to get Disney restaurants.

3. Disney will be a huge part of your kids’ lives

If you’re marrying a Disney fan, there’s a good chance you’ll be having children with them. Any Disney fan knows that the best way to bring up kids is with Disney. Whether this means taking them to the parks from a young age, or introducing them to Disney movies before they can do pretty much anything else, you should know that Disney is going to have a huge influence on your child’s life. His or her bedroom will be decked out in Disney gear, and they’ll always have the cutest little Disney clothes to wear as well.

2. You’ll have at least some Disney in your wedding

You might go all out and get married at Walt Disney World, but even if this doesn’t happen, you’ll have Disney incorporated into your wedding somehow. Whether it be very in your face, such as bridesmaids dressing like the different princesses, or just some hidden Mickey’s sprinkled into your cake, Disney will definitely have a place in your wedding. Let’s be honest here, chances are your whole wedding is going to have some kind of a Disney theme to it. Better start hitting up the wedding board on Pinterest now…

1. Your Disney collection will grow

This point is especially true if you’re also a huge Disney fan. If you’d say that you and your future spouse are kind of on the same level of Disney fandom, then the amount of things you’ve collected is essentially going to double once you get married. Say you had a couple of hundred pins that you’ve collected over the years. Well now that you’re marrying another Disney fan, you’ll probably have at least a thousand pin between the two of you. If you don’t collect any Disney items you’ll be in for an awakening when you move in with your new spouse and see the amount of Disney merchandise that he or she has amassed throughout their obsession. Even though your house might be a bit more cluttered than it was before you married a true Disney fan, I can tell you from experience that Disney fans make the best partners, and if you don’t already, you will definitely grow to love the craziness that comes along with them eventually.