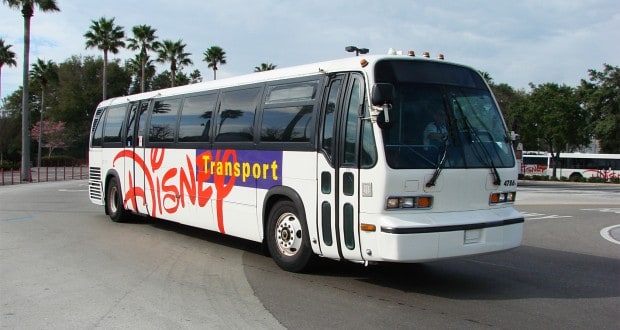 7 Things No One Tells You About Walt Disney World Transportation

1) It’s a larger fleet than most cities

Most cities in the United States do not have the same size and scope for their transportation departments that the Walt Disney World Resort does. The resort itself is already twice the size of Manhattan (forty-four square miles) so imagine how much it really takes to efficiently run a transportation fleet of that scale! With busses for each resort and between parks, monorails on three different lines, and watercraft traveling to different locations on a daily basis, it’s no wonder the sheer amount of vehicles in Disney’s transportation department is so large.

2) There are multiple ways to get to the same place

A lot of infrequent or first time guests are not aware that there is often more than one route to the same location. For instance, if you’re leaving Epcot to go to Hollywood Studios, and you’re tired of taking the bus you can actually take a boat. Some places in Walt Disney World are even close enough to walk to– like the Magic Kingdom and the Contemporary. (This is the best way to go when leaving the park immediately after Happily Ever After by the way, as you’ll avoid the monorail line and it’s a really quick walk.

If you’ve ever taken public transportation in your own city (I’m talking about you, MBTA) you know Disney’s transportation is much more efficient. I don’t think I’ve ever waited more than twenty minutes for a Disney bus, whereas at home, my bus leaving work only comes once per hour! The same goes for the monorail or boats, never fear if you happen to just miss one, the next one will be coming soon!

4) The cast members are very hardworking

To be fair, all Disney cast members work extremely hard to add some extra magic to your vacation, but sometimes the transportation cast goes underappreciated, and I think it’s really important to let them know that we appreciate everything they do. A simple thank you as you exit a monorail, bus, or boat can go a long way in making a cast member’s day.

There’s a pretty good chance you don’t take a monorail anywhere else in your daily life, which makes it even more of a fun, and specifically Disney experience. As part of the uniquely Disney experience, the transportation in Walt Disney World really does add to the show. Even when you take a Disney bus, the music changes when you arrive to the destination to fit the theme of the park you’re going to!

6) It’s design has a purpose

Have you ever wondered why the Magic Kingdom’s parking lot is not right outside the park, but is rather across the lake from it? Walt Disney, in designing the Florida counterpart to Disneyland believed that seeing the parking lot (or other parts of the “real world”) from the park can really take away from some of the magic. Unfortunately this was unavoidable in Disneyland, as the land around the park was owned by other businesses and therefore Walt had no control over how the landscape there would change after the park was built. In Florida, this problem was avoided by having guests park their cars across the water, so that when they arrived at the entrance to the Magic Kingdom, they really were transported to an entirely different world that was away from reality. This purpose might go unnoticed by guests who are tired after a long day in the parks, but it’s actually a great feature in the resort’s design that in my opinion really does add to the show.

7) There is no resort-to-resort bus transportation

Some guests are surprised to learn that there is no resort-to-resort bus transportation at Walt Disney World. While it would be convenient to be able to take a bus from All Star Movies to the Wilderness Lodge, I would assume that it wouldn’t be worth it because so few guests would be using this option at any given time. Thankfully, getting from resort to resort is not difficult, all you need to do is stop at a park in between. Because of this, I find it helpful to book dinner reservations at different resorts near the park I think I’ll be at. For instance, If I’m eating dinner at the Polynesian Village Resort, I’ll do that on a day when I’m in the Magic Kingdom so I can hop on the monorail. For other resorts, I can simply hop on a bus to that resort, and then hop on a bus back to the park.