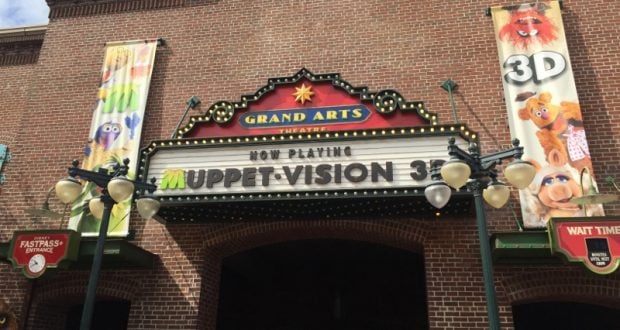 When guests think of Walt Disney World, there are several images that immediately come to mind. Some of the most iconic and memorable things in Disney are Cinderella Castle, Splash Mountain, Spaceship Earth, and the Twilight Zone Tower of Terror. While these places are loved by many guests, there are plenty of other places and attractions that are underrated in the parks. Seasoned visitors might know of the entertainment and value of these less favored attractions, but often rookies can overlook them in favor of heading to a more popular attraction. Here are eight underrated attractions that rookies often overlook on a Walt Disney World vacation.

One of the most relaxing and underrated attractions in all of Walt Disney World is the TTA in the Magic Kingdom’s Tomorrowland. Located in the sky above, this slow moving attraction takes guests on a scenic tour of the land while offering up a breeze and chance to sit down and relax for a few minutes. Guests are also given glimpses into nearby attractions like Space Mountain and Buzz Lightyear’s Space Ranger Spin. With little to no wait, the TTA is a great and underrated attraction that rookies often miss.

This rocking show is located in the Magic Kingdom’s Frontierland and features a massive cast of bears singing country classics. Hosted by Henry and featuring a fan favorite Big Al, this hoedown allows guests to clap and stamp along during the energetic finale. Despite being a lot of fun, this show is underrated and rarely crowded making it often overlooked by rookies who head to Fronierland for Splash Mountain or Big Thunder Mountain Railroad.

Walt Disney Presents offers guests a chance to view the history of Walt, but now has the addition of a space for guests to preview what’s on the horizon. Models such as the Mickey and Minnie’s Runaway Railway attraction is available to preview. We’ve always loved this informative collection of memorabilia, designs, and historical models about Walt. Now we get to experience the past, present, and future of Walt Disney! It’s rarely crowded and provides a great way to cool off as it is totally air-conditioned.

Located in the rear of the Mexico Pavilion, this attraction takes guests on a comical and scenic tour of the country with Jose and Panchito as they try and find Donald in time for their nighttime concert. Many rookies overlook this attraction simply by not venturing all the way to the back of the Plaza de los Amigos. With catchy music and a here Caballeros concert at the end, this attraction should definitely not be skipped.

This tropical musical celebration is located in Adventureland in the Magic Kingdom and features a cast of hundreds of birds, tikis, and flowers. While sitting in a round theater, guests can look above and be serenaded by the birds and will find themselves singing along before the end. While this show is entertaining, it often is overlook by rookies who head to nearby Pirates of the Caribbean.

Located in the Asia section of Disney’s Animal Kingdom, this self-guided walking tour takes guests into the Royal Anandpaur Forest and leaves them face to face with exotic birds and animals. The whole attraction is full of wonderful details, but the highlight of the trek are the Asian Tigers found in beautiful temple ruins who can often be found frolicking in their pool of water. Offering up a serene and quiet environment to wander at one’s own pace, the Maharajah Jungle Trek is an underrated attraction which rookies often overlook but should definitely experience on their next visit.

No attraction in Walt Disney World is as patriotic as this attraction which brings together all of the Presidents of the United States in one grand show. Featuring historical props and the Presidential Seal which can only be found elsewhere in the Oval Office, even the lobby of this attraction is interesting. Rookies often move towards the nearby Haunted Mansion instead of visiting the Hall of Presidents, making it an underrated attraction that is often overlooked by rookies.

This zany and quirky attraction in Disney’s Hollywood Studios is full of unique Muppet humor. Bursting with corny jokes, sight gags, and 3D tricks, the Muppets can make guests laugh like no other. Since the attraction tends to never be crowded and is located near the popular Star Tours – The Adventure Continues, rookies often overlook it when in the park. However with so many funny moments, guests should totally make time for a visit with Kermit and friends on their next Walt Disney World vacation.