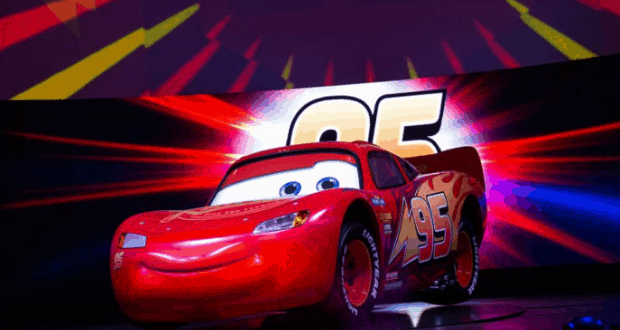 Back in the spring, a new show opened in Hollywood Studios: Lightning McQueen’s Racing Academy. While this particular attraction isn’t nearly as exciting as Toy Story Land or Star Wars: Galaxy’s Edge, and while it is completely understandable that it hasn’t gotten the same attention those other Hollywood Studios additions have seen, we still think it deserves to be highlighted. After all, this is a well done piece of entertainment that is perfect for helping to entertain the large crowds the park has been seeing lately, and it fills the need for more entertainment for the younger crowd. Because we feel like this quality attraction hasn’t gotten the attention it deserves, we’re going to use this article to tell you all about this fun new show. After reading this piece, you’re sure to want to head over to the Studios and check out this fun addition to an already amazing park!

One of the first things you should know is that this show does not offer FastPass+ reservations. This may seem strange for a new attraction, but it actually doesn’t matter much at all. You see, this isn’t the sort of thing you’d want to use a FastPass on anyway. The theater is enormous, meaning there is rarely a wait of any kind. This is great because it means you can enjoy the show between your FastPass reservations without waiting in a long queue to do so.

While the other shows in Hollywood Studios offer slightly longer stretches of entertainment, this particular show clocks in at just 10 minutes long. This may seem like an incredibly short amount of time, but the folks who made this show managed to pack a whole lot of fun and action into a very short amount of time. This, along with the fact that you won’t be waiting a long time to see the show—and the fact that it’s geared toward younger audiences—means 10 minutes is actually a perfectly adequate amount of time for the show to run.

One of the things that stands out about this show is the incredible Lightning McQueen animatronic. This is easily one of the best animatronics we’ve ever seen. In fact, we’d even go so far as to say this Lightning looks and moves better than the amazing Lightning animatronic seen on the Radiator Springs Racers ride in Cars Land at Disney’s California Adventure. That’s really saying something, and we believe the show is worth seeing just so you can witness this awesome animatronic.

In addition to the incredible animatronic Lightning, the show also features an absolutely enormous screen that stands a full 17 feet high and stretches over 200 feet wide. This screen is used to display racing cars, and because the screen is so large, watching these races is surprisingly immersive. Some even say they feel like they’re actually racing.

Cars fans will be happy to learn that Lightning McQueen isn’t the only character featured in the show. Other favorite friends such as Tow Mater and Cruz Ramirez are seen during the show, and at one point there is even a bit of drama with the infamous Chick Hicks.

While this attraction was definitely made with young children in mind, and while it certainly does help fill a need for attractions without height restrictions in the park, there is absolutely no reason an adult couldn’t or shouldn’t enjoy this show. In fact, as is the case with most Pixar entertainment, we think the creators of this attraction have done a wonderful job of including humor the whole family can appreciate. Heck, most adults who see this show are going to laugh out loud at least a few times thanks to the funny bits strewn throughout.

After the show, be sure to make your way through the courtyard and over to Cruz Ramirez for a photo. You might also want to snap a picture against the Instagram-worthy wall in the courtyard, or with the giant “95” located inside the building.

Finally, you will definitely want to spend some time at the dance party that happens at set times throughout the day in the courtyard. During the party, The Pit Crew Dancers provide entertainment and activities for little ones while DJ spins some awesome tunes for tiny dancing feet to jam out to. This is a great way for younger park guests to burn off some energy while making great memories with a fun Cars character and some awesome Disney Cast Members.