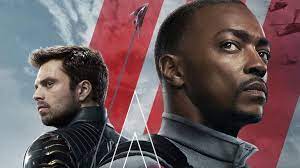 The Falcon and the Winter Soldier dominated Disney+ the last few months. Now that all the episodes are out for viewing, comicbook.com and other sites are diving deeper into the show. It was learned that the best fight scene was actually a last minute work of art.

That sequence features Sam and Bucky in a thrilling sequence that marks a major turning point in Sam’s journey, so you might expect it to have been one of the more analyzed sequences ahead of time, but it actually ended up being completed mostly on the fly according to Cinematographer P.J. Dillon. Because of some location issues, they had to quickly adapt and make some adjustments.

“That was funny because of various location problems in Atlanta that we had,” Dillon told IndieWire. “We found the [warehouse] location for that sequence only a couple of days before we shot it. So it wasn’t as well prepped, but the stunt team had to find the moves and clearly define the fight choreography and how we made that fit into the space. We actually figured it out as we went along.”

They also capitalized on one of the building’s unexpected features, as one side allowed some of the sunlight to come in, and it made the scene that much better.

“I knew there was always the potential for those shafts of sunlight to come through from that side of the building at a certain time of day,” Dillon said. “But there was no guarantee that you’d actually get the sun.” When they realized that it was coming through, they pounced, and the light was the perfect accent to Sam picking up the Shield. “Luckily, we got this magical shaft of light coming into space. We immediately dropped everything and put the characters into it and filled it with smoke.”

It is interesting to learn more about the creation of this popular Disney+ show.