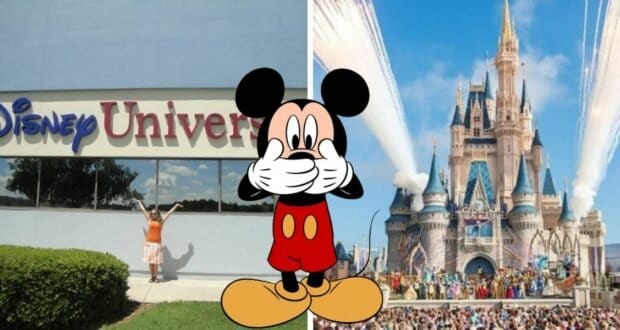 Disney Resorts across the globe are steeped in so many stories, hidden Mickeys, and surprising details that Disney Guests are always discovering new secrets when they go on vacation.

As any Cast Member at The Walt Disney Company will tell you, Disney guards its secrets well, with many of the illusions, training, and Imagineer gems all hidden from the public eye.

I was lucky enough to complete Disney’s International College Program back in the summer of 2010, and was hired later to work over the Christmas period at Disneyland Paris managing theme park Food and Beverage.

The two experiences allowed me to compare the Paris and Florida Resorts, and so, here are some secrets and tips from my time working at both Walt Disney World in Florida and Disneyland Paris – I won’t tell Mickey if you won’t. 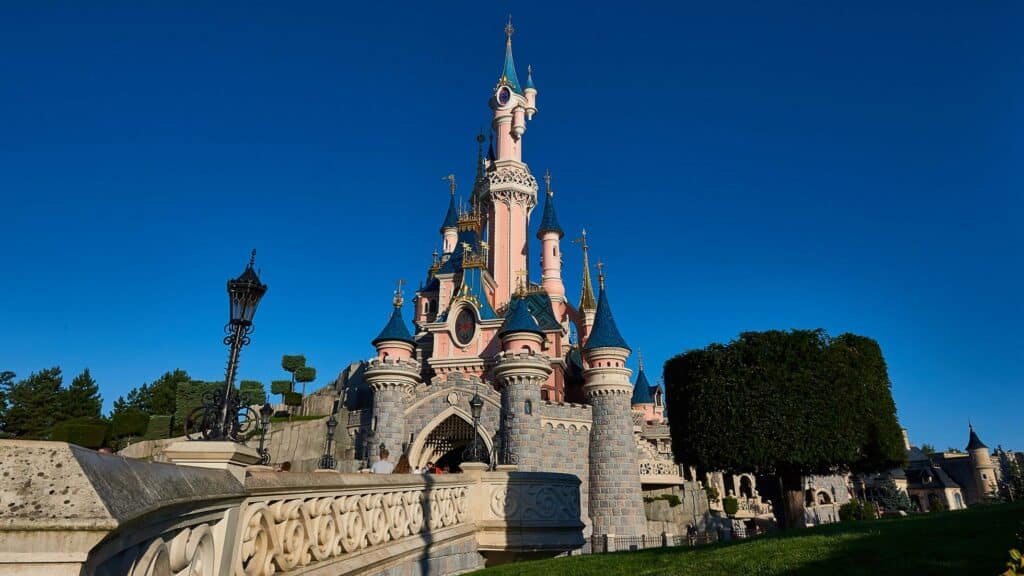 Disney has its own “University”

Cast Members are trained in a Traditions class at Disney University – getting your very own degree in Magic!

The class shares the importance of Disney’s culture, heritage, integrity, and policies, as well as our first exciting glimpse backstage! The two lessons I remember most are that as Cast Members, “We Create Happiness” and “SafeD begins with me”. 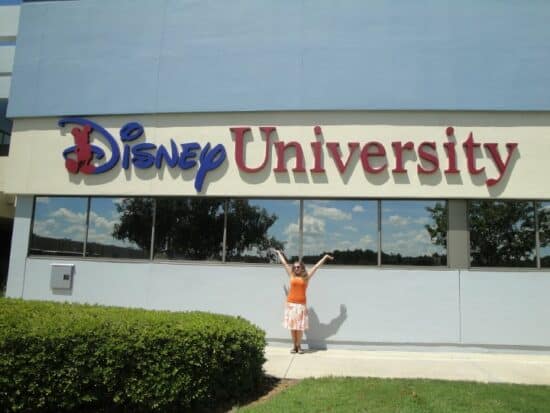 This is also the day Cast Members receive their treasured name tags, and our “earning our ears” training ribbons. Over in Disneyland Paris, the Disney University is a lot smaller and located at Hotel Cheyenne. Surrounded by a huge wall of Walt himself and a photographic history of the theme parks, Cast Members receive their name badges and IDs, as well as similar lessons to those in Walt Disney World – albeit all in French. 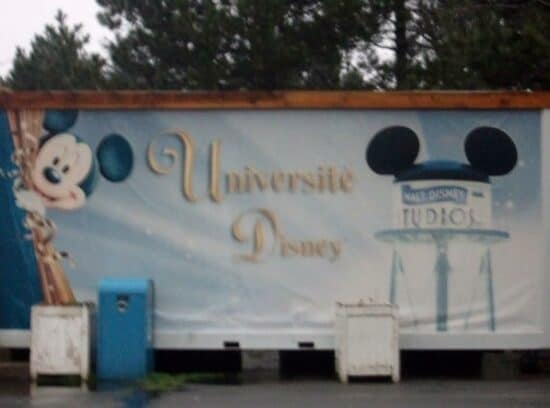 I worked in Food and Beverage in both Disney Resorts. In Disney’s Hollywood Studios, I worked at Backlot Express, the Quick Service Restaurant located between the Indiana Jones Epic Stunt Spectacular show and the popular Star Tours attraction.

In Disneyland Paris, I worked at Hotel New York, specifically the Manhattan restaurant’s breakfast, and banqueting team. I was also lucky enough to pick up some shifts at the Lucky Nugget Saloon and Cafe Hyperion in Disneyland Park, with some amazing costumes at each location! 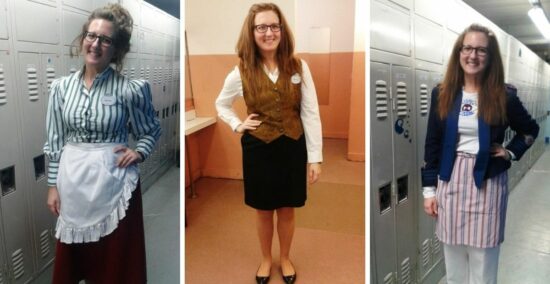 I would often have to arrive in the early hours of the morning to start my shift inside the theme parks. The magic is never turned off – the music, the lighting, the atmosphere all feel the same at 5 A.M., of course with fewer people. I arrived for work one day as the sun was rising in Disneyland Paris and got to experience a completely empty walk down Main Street U.S.A.

Backlot Express also played Indiana Jones music on a loop all day back in 2010, even after hours, and let’s say I was not rushing to watch Harrison Ford in Indiana Jones and the Temple of Doom (1984) on my return to England! 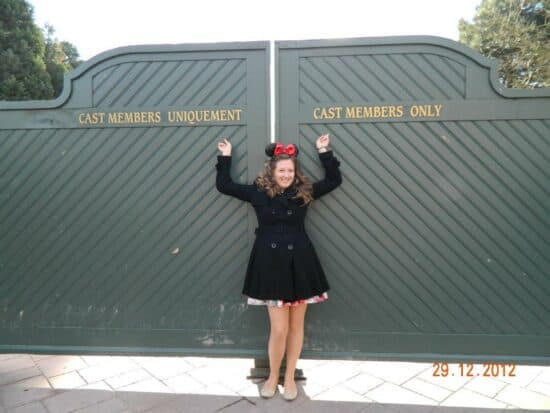 Working at Disney’s Hollywood Studios provides Cast Members with some amazing insights into little-known facts, both backstage and onstage.

For example, Park itself was originally meant to be a working studio and is full of fun tidbits. One of my favorite things to learn was that the Mickey Mouse on top of Crossroads of the World right inside the entrance to Disney’s Hollywood Studios serves a second purpose.

Based on the original structure from Sunset Boulevard, Mickey waves to all who enter and exit. One of his ears is made of copper to attract the lightning and serve as a lightning rod! Disney Has Some Cast Member “Basics”

Many Disney fans are aware of the Disney Look, a set of guidelines for Cast Members that aligns the Disney brand and “show” with our own appearance choices. On my first day at Walt Disney World, I recall trainers examining my glasses to ensure they were “Disney Look” as they had a small logo on the side. Recently, of course, Disney has relaxed some of these guidelines, including the allowance of tattoos, facial hair, and gender-inclusive styles.

I was also trained at Walt Disney World and Disneyland Paris under the empowering “Disney Basics”, values that every Cast Member must adhere to. They are: “I project a positive image and energy”, “I am courteous to all Guests, including children”, “I stay in character and play the part” and “I go above and beyond”.

In Disneyland Paris, these are the “Disney Quatre Clés” – the Four Keys – of efficiency, spectacle, courtesy and security. Similar to Walt Disney World’s “Disney Basics”, with a slightly different approach. Disneyland Paris has now added a fifth “key”: inclusion. 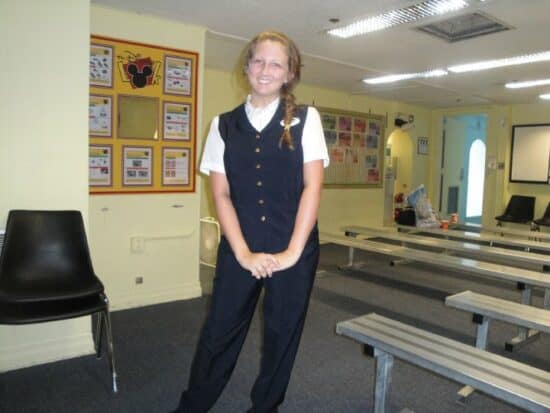 The Disney Point is not a massive Disney secret, but the fun two-finger point Cast Members use is taught in training so Guests don’t interpret our gestures as being offensive. It takes a while to get used to, but once you’ve been a Cast Member it takes a very long time to get out of the habit!

I mentioned empowerment earlier, and the confidence I gained while being a Cast Member at Disney. One of my favorite roles in Food and Beverage was on the counter, a filler role between the kitchen and the register that encourages the Cast Member to talk and entertain Guests waiting for their meal.

The counter role was one where I could truly make some magic moments with Guests, from high-fiving children who told me they went on Rock ‘n’ Roller Coaster, to the celebrated colored trays coming through from the kitchen and a surprised Guest getting a free dessert. Our restaurant also had hula hoops that we could bring out when the Park was quiet and let Guests in the lobby get spinning! 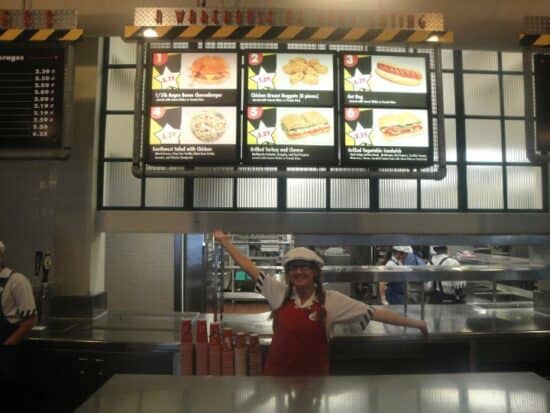 One major difference I noticed between my experience working at Disneyland Paris and Walt Disney World was the encouragement of Guest interaction. There were multiple times at Backlot Express when I was meant to be bussing tables or cleaning, but would end up talking to Guests or providing Park advice for lengthy periods. My managers would always praise me for going “above and beyond” for “creating happiness”, but at Disneyland Paris, these long periods of Guest engagement were more frowned upon (I guess actually cleaning or serving food is important too).

Disney’s Animal Kingdom Is A Bowl

This one blew my mind in training at Walt Disney World.

We all love to pretend we aren’t aware of the “secret” Utilidors underneath Magic Kingdom, or that the theme park was built on the second level. Well, what if I told you that Disney’s Animal Kingdom is built in a bowl?

The Park was sunken especially into the ground to create a climate suitable for all the animal species in the theme park. Once you enter Disney’s Animal Kingdom, you have to cross a bridge to get to Discovery Island, and this is why the temperature inside the Park is much warmer than outside. 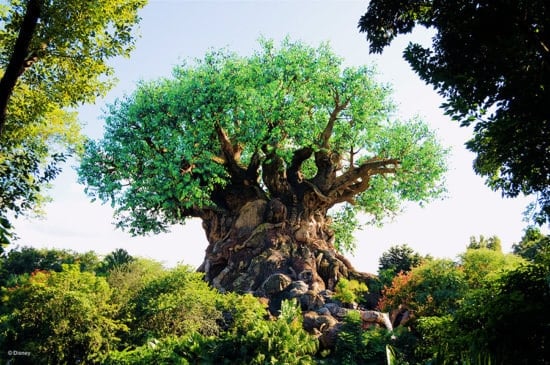 From Fantasmic! in Disney’s Hollywood Studios to “Disney Stars on Parade” at Disneyland Paris, Disney has some amazing entertainment options and shows that every Guest wants to get the best viewing spot for.

Disney’s Hollywood Studios parade in 2010 was a fun cavalcade full of Disney and Pixar characters, that ended at Backlot Express. The large doors between our restaurant and Star Tours provided the parade’s entrance backstage. Our break area and outdoor dining tables were situated right behind these doors, so we always had a fantastic view of the parade if our break time aligned correctly! 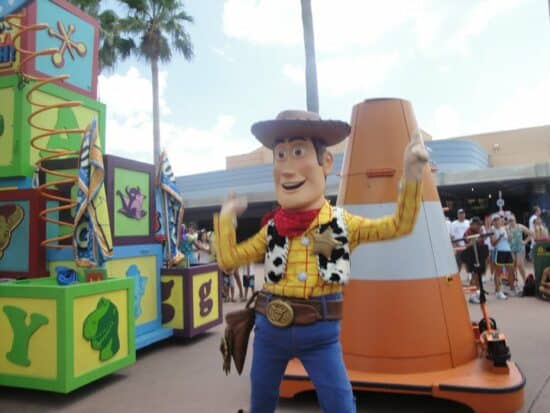 Throw Your Mickey Ears Up!

At the end of the College Program, participants are invited to a fun graduation event that celebrates their achievements and completion of the work program.

Our event was held at Mickey’s Retreat, a Cast Member only recreation area with a beach and pools. Yes, this fun hidden gem is located on the banks of Little Lake Bryan, and offers the perfect combination of the great outdoors and recreational opportunities. Visitors (who must be always accompanied by Cast Members) can enjoy a children’s playground, swimming pool, marina, tennis courts, basketball courts, volleyball courts, and a large sports field.

At the graduation, we received special Mickey ear hats, a poster, and a certificate, and then ate lots of Mickey-shaped food. Characters such as Mickey Mouse, Minnie Mouse, and Daisy Duck attend in their graduation gear – a very different experience to my real university graduation. 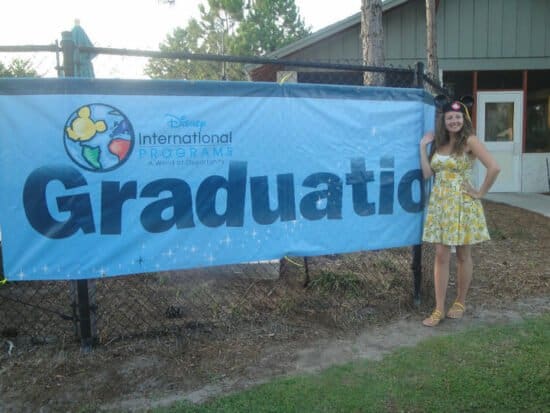 Some of the best things about working at Disney, whether in the United States or France, are Guest interaction and Guest compliments.

If you ever encounter a Cast Member who makes your trip a little extra special, you can give them a Cast Compliment to show your gratitude. Nowadays, using technology aids this process. All you need to do is send a tweet with #CastCompliment and mention the Cast Member’s name and where you met them, then tag @WDWGuestService.

You can also visit a Guest Relations location in Magic Kingdom, EPCOT, Disney’s Hollywood Studios or Disney’s Animal Kingdom, or at the Resorts, to share your compliment.

During my time working at Walt Disney World and Disneyland Paris, I received many Guest Service Fanatic cards, given to Cast Members for recognition of great service to Guests. These go on a Cast Member’s record and help them when it comes to promotion or cross-training. 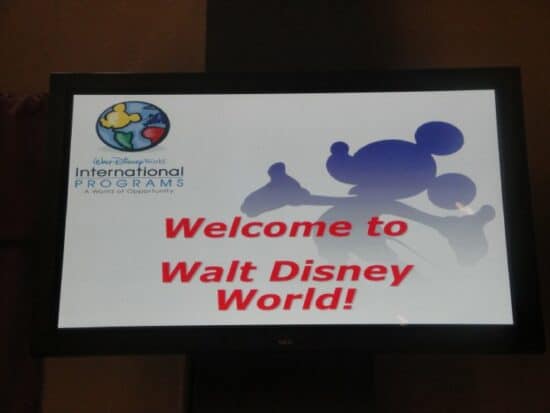 For any aspiring Cast Members, even during the difficult pandemic period, I encourage you to apply!

I hope these stories and secrets capture the magic of my experiences working at Disneyland Paris and on the Disney International Program at Walt Disney World. It is an incredible experience that would make any Disney fanatic be able to learn a new perspective on the magic.