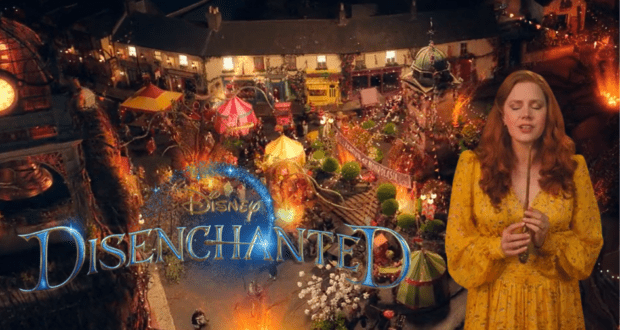 Fans of Walt Disney Studios 2007 hit live-action film Enchanted are sure to be excited for the upcoming sequel to this iconic Disney fairytale.

The original film starred Amy Adams as Giselle, a princess from the kingdom of Andalasia as she made her way through the real world with the help of Robert Phillip, played by now Disney Legend Patrick Dempsey. Alongside the two renowned actors were the talents of Idina Menzel, James Marsden, and Susan Sarandon with many of the original cast returning for the sequel, Disenchanted (2022).

Disenchanted will be debuting on Disney+ later this year, and new out of today’s panels at the 2022 D23 Expo, fans were given a first look at the official trailer for the upcoming release:

The sequel will pick up 15 years after the original movie, following Giselle and Robert’s marriage and the expected way that Giselle has begun to feel lost with her new life in the city. In an effort to help his now-wife feel more at home, the couple takes off to the suburbs where Giselle learns that there are new sets of unspoken rules she must follow there (largely due to a new character, Malvina Monroe played by Maya Rudolph.) 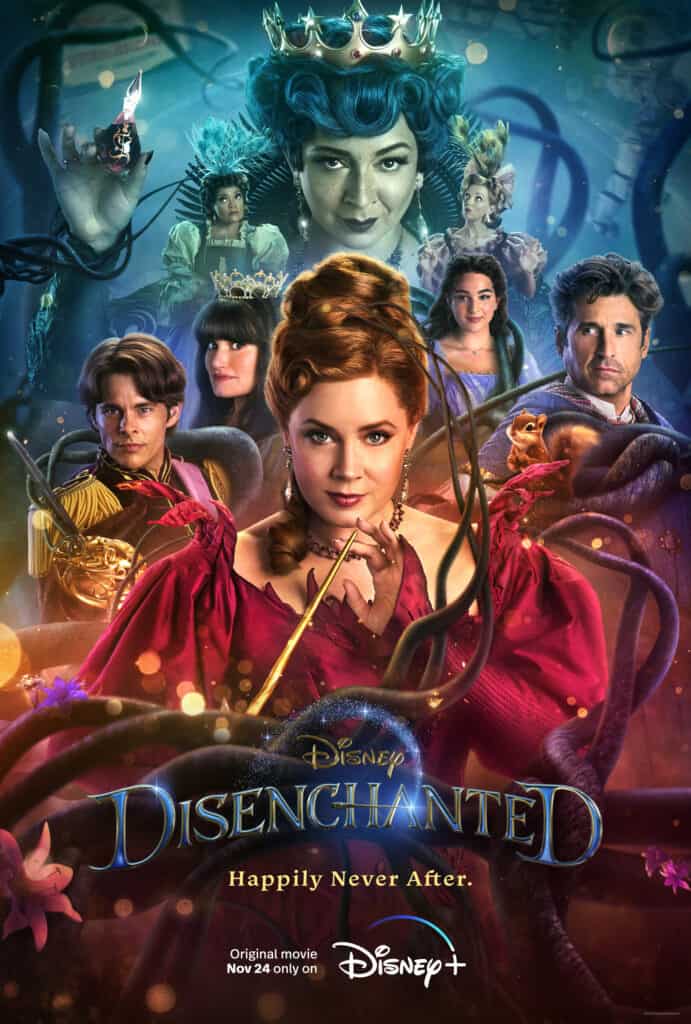 After finding herself still lost in her new home, Giselle looks to her fairytale past in Andalasia, which causes her to cast a spell on the real world accidentally. As the characters work to put the magic back where it belongs, fans are sure to enjoy the charm of the original film with an all-new story.

Alongside the handful of newcomers joining the project, most of the original cast will return for Disenchanted with the exception of Susan Sarandon as her character, Queen Narissa, is not included in the new storyline. Ahead of the trailer’s release at D23 today, Patrick Dempsey was named a Disney Legend and was present to accept his award for his work on both Enchanted and Disenchanted, as well as for his role on Grey’s Anatomy (in which Ellen Pompeo was also awarded.)

We will continue to monitor the latest news on Disney movies, Park attractions, and more out of the 2022 D23 Expo, and will be back here on DisneyTips with more information as we have it throughout the weekend.

2022-09-09
Brittany DiCologero
Previous: Initial Details Revealed for Disney 100 Years of Wonder
Next: Disney Announces a New ‘Lion King’ Movie Is in the Works