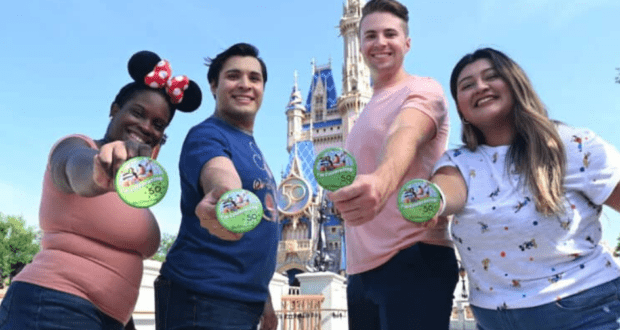 Disney Adults Get a Bad Rap, But Here’s Why They Shouldn’t

The term “Disney Adult” has gained momentum in recent years. At face value, it doesn’t sound so bad, does it? However, the term is used as a dig towards adults who are Disney enthusiasts, and I’m not talking about just your average Disney fan.

Essentially, a “Disney Adult” is thought to be immature, spend too much money on Disney merchandise or trips to Walt Disney World, wait in line for hours for the limited edition Figment popcorn bucket, and frequently participate in Disney Bounding. 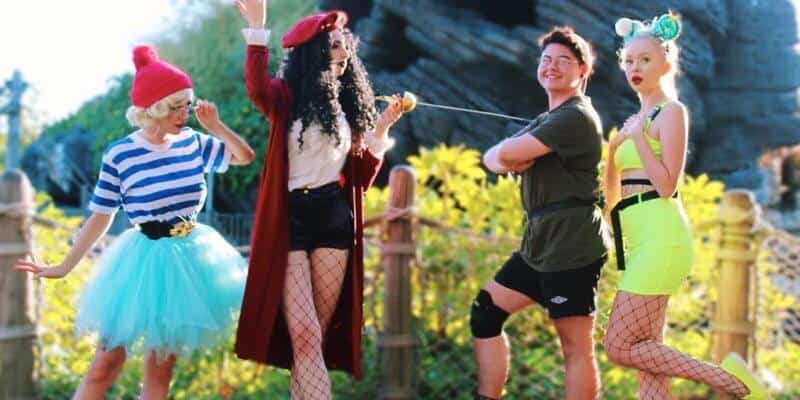 A religion studies professor even went so far as to compare Disney to a religion for some avid Disney-goers. Although, it’s important to note that she made the comparison in defense of Disney Adults.

So what’s the deal? Why is the internet so negative towards Disney Adults? For those who don’t have any interest in Disney movies, visiting Disney Parks, or really anything Disney-related, those who do are thought to be embarrassing and cringe-worthy.

The Spectrum of Disney Adults

Like most things in life, there seems to be a spectrum of Disney Adults. Of course you have those who may be considered “extreme” – those who are visiting Walt Disney World for every vacation, have a closet full of Mickey ears or Dooney & Bourke Disney purses, and a house full of Disney-inspired décor. Perhaps, they may even be willing to fork over $600 for a Coach Mickey plush. 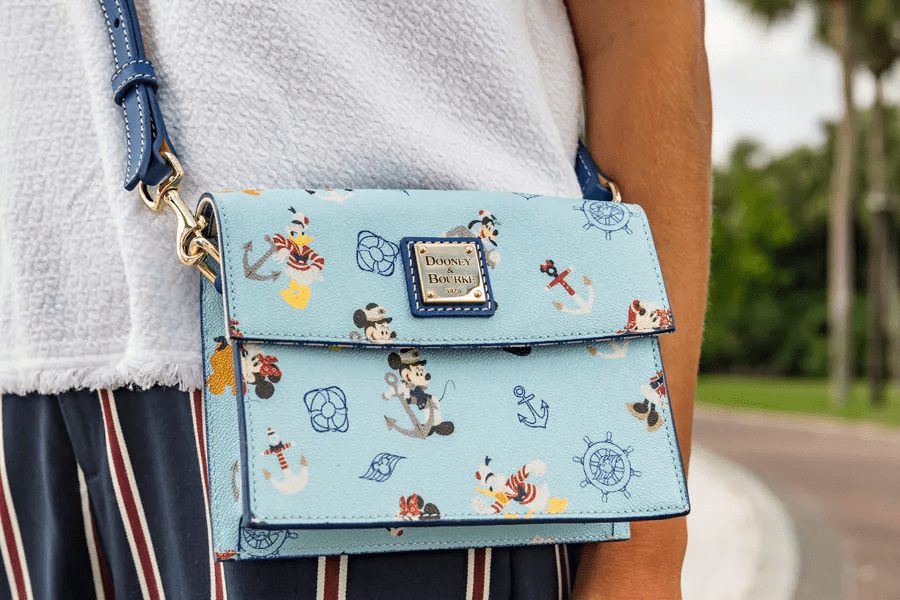 On the other hand, you have those Disney Adults who are more in the middle of the spectrum. They may have acquired a handful of Disney t-shirts, have a subscription to Disney+, and maybe even put some of their tax return check toward a Walt Disney World trip.

Regardless of which end of the spectrum someone may be on, the simple fact is that Walt Disney‘s intention was to build a place for all ages:

“To all that come to this happy place, welcome. Disneyland is your land. Here age relives fond memories of the past, and here youth may savor the challenge and promise of the future. Disneyland is dedicated to the ideals, the dreams, and the hard facts that have created America… with hope that it will be a source of joy and inspiration to all the world.”

But it’s so expensive!

Both Disneyland and Walt Disney World are places for anyone who wants to experience a fun and magical getaway. One common critique of Disney Adults is that having Disney as a hobby can be quite expensive.

However, there are many expensive interests out there. Some choose to spend their time and money on scuba diving or horseback riding. Some on improving their golf game and traveling to play on fancy courses. Others, on collecting art or wine. It’s all about personal preference and how one enjoys to spend their time. If Disney isn’t your cup of tea, that’s okay, everyone has different preferences. 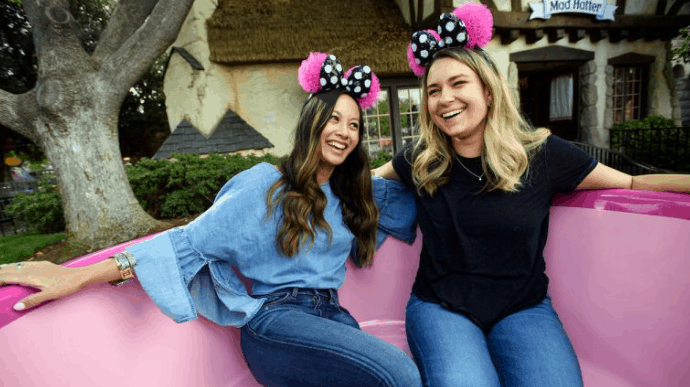 But like with anything, if you’ve never given Disney World a fair shot, we recommend dipping your toes in one day. You don’t have to be a kid to enjoy a well crafted theme park. We would be very surprised if you didn’t have an absolute blast in the Parks.

Silly Adults, Disney is for Kids!

For those who argue that Disney World is exclusively for children, visiting the Disney Parks is a totally different experience if you’re with children versus on an adults-only trip. There are so many things to do that kids would not enjoy. EPCOT is a perfect example. While there has been many additions over the years, EPCOT has had a reputation of being the “boring” Park for kids. Many people find that EPCOT was their least favorite park when they were kids, and then grew to love it as they got older and could better appreciate it.

But beyond EPCOT, there are things for adults to enjoy at Magic Kingdom, Disney‘s Animal Kingdom, and Disney‘s Hollywood Studios. If anything, the construction and attention to detail is remarkable. Honestly, we believe George Lucas would be proud to see Star Wars come to life in Galaxy’s Edge. And Toy Story Land? Gosh, you wouldn’t even believe the nostalgia! 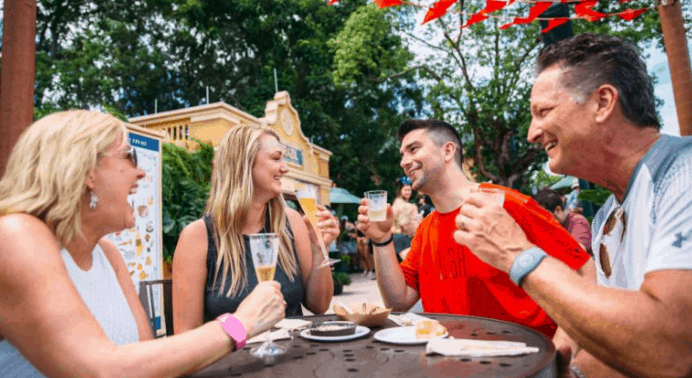 Life is too short not to embrace what you enjoy

At the risk of sounding cheesy, some people find their happy place to be Disney World, and that’s not a bad thing. And if “Disney Adults” want to dress like princesses and Buzz Lightyear, go for it! Well, just as long as it’s not in the Parks – that’s a no no.

Also, there are valuable lessons jam packed into so many Disney movies, and they’re not just for kids. If you have ever cried during a Disney movie in your adult life, it’s because something resonated with you. You were touched and moved, even if it was by something so seemingly silly like a cartoon fox and hound. 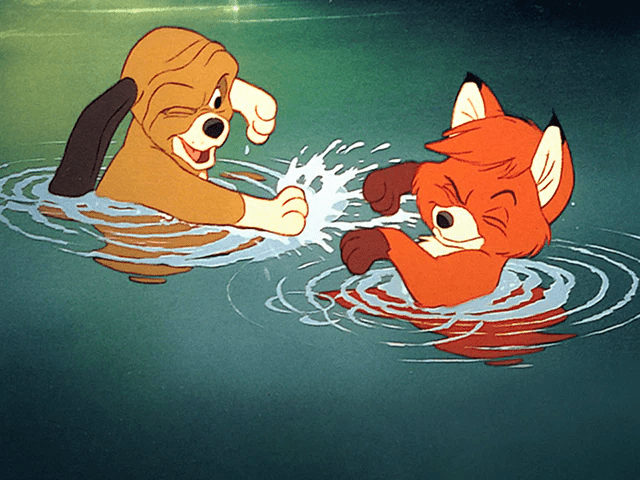 Next time you’re tempted to roll your eyes at a Disney Adult, consider this – Disney brings them joy, and don’t they deserve to be joyful? And if you are a Disney Adult, keep on keepin’ on. Just don’t be weird about it. Or do! Embrace your inner Peter Pan and never grow up!

Why do we have to grow up? I know more adults who have the children’s approach to life. They’re people who don’t give a hang what the Jones’ do. You see them at Disneyland every time you go there. They are not afraid to be delighted with simple pleasures, and they have a degree of contentment with what life has brought – sometimes it isn’t much, either.