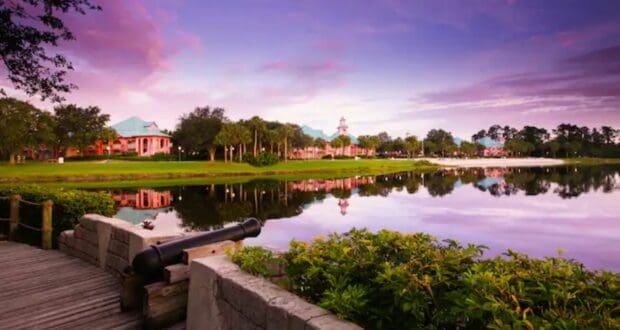 A tragic incident took place in December 2020 when a travel agent by the name of Jessica Straub was staying at Disney’s Carrieban Beach Resort at Walt Disney World. Now, Disney is attacking the lawsuit, calling it “vague and scattershot.”

We previously shared the news that a lawsuit was filed in June 2022 by the family of 43-year-old Jessica Straub. Straub was staying at the Walt Disney World Resort, at Disney’s Caribbean Beach, in 2020 when she allegedly fell and hit her head.

She was taken to a local hospital in Central Florida after the fall but sadly passed away four days later due to “blunt head trauma from falling at a standing height,” as noted by Florida Politics via a report by the medical examiner. The medical examiner’s office ruled her death an accident.

Now, a new report from Florida Politics shows Disney is rebuking the lawsuit over the fatal hotel fall. According to the report:

“The theme park company points to the details missing in the lawsuit — including how Jessica Straub died and where the alleged incident took place at Disney World’s Caribbean Beach Resort — as Disney recently filed a motion to dismiss the lawsuit previously filed in June in Orange Circuit Court. Judge Vincent Chiu has not responded to Disney’s motion yet, according to court records.”

RELATED: How Disney Parks Will Avoid Magic Key Lawsuits This Time Around

Furthermore, the lawsuit, filed by Justin Morrison, the cousin of Straub, goes on to accuse Disney Cast Members of being “negligent and the Resort of having unsafe conditions.”

In court documents filed July 19, Disney said, “Even after a thorough consideration of all six pages of the Complaint, the reader is left wondering what allegedly happened to Ms. Straub and how it was supposedly Walt Disney Parks and Resorts’ fault.”

Disney goes on to call the lawsuit “vague and scattershot,” along with it being a “little more than a collection of legal conclusions and jurisdictional allegations.”

RELATED: Lawsuit Against Walt Disney World for Snake Bite at Animal Kingdom is Thrown Out

In the motion, Disney added, “Noticeably absent are: any description or allegation explaining what or whom allegedly inflicted the ‘bodily injury’ on Ms. Straub; what the specific nature of the ‘bodily injury’ was; where in the roughly 200 acres that comprise Walt Disney Parks and Resorts’ Caribbean Beach Resort the injury allegedly occurred; or when in the four-day time-period referenced in the Complaint Ms. Straub’s injury occurred,” “The lack of such details makes it … impossible for (Disney) to decipher how Plaintiff claims it is liable and mandates the dismissal of the Complaint.”

We will be sure to share further updates about this lawsuit as they are revealed.