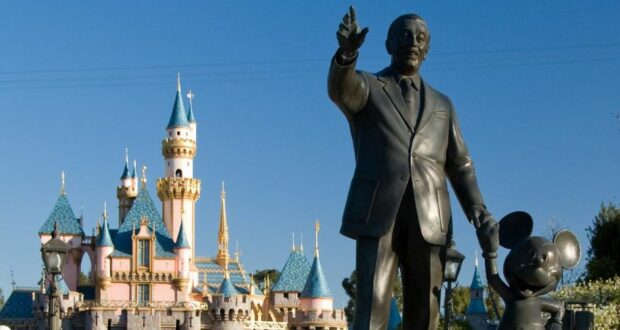 With doors and experiences once again opening after the long and hard closures caused by COVID-19, the globe is talking about the next virus… Monkeypox. Now, a Cast Member has stepped forward to reveal a Disneyland Cast Member reportedly has a confirmed case of Monkeypox because “Disney isn’t gonna put it out.”

The ongoing outbreak of Monkeypox virus was first confirmed by health officials in May 2022 and has since spread across the globe. With Disney Parks finally back up and running after COVID closures rocked the nation in March 2020, it can be nerve-wracking when a Cast Member reports a confirmed case of Monkeypox has landed at Disneyland Resort.

@silly_cinder took to social media on August 21, 2022 tweeting, “So probably because Disney isn’t gonna put it out, just so y’all know, we have a confirmed case of monkeypox at the resort.”

@silly_cinder clears up in the comments, “So you guys know this is for Disneyland, CA, not Florida,” and goes on to further note, “The cm with monkeypox posted on our cast fb page early this morning.” “From the cm’s post they are quarantining, i believe they’re on medical and in contact with management. To clarify it is only 1 infected cm.”

While noting, “Us cms have to look out for each other. You stay safe too sweets!!”, @silly_cinder further adds, “sorry, i didn’t expect this to blow up like it did (really grateful the word is getting out though) or else i would’ve been more clear. LAND not WORLD, DCA entertainment.”

By that last comment, it sounds like the Cast Member reportedly diagnosed with the Monkeypox case works in Disney California Adventure entertainment.

Thankfully, Disney has been working to keep its Parks and Resorts clean and sanitized. Recently, Walt Disney World Resort in Central Florida practically said goodbye to COVID with the massive amount of COVID-19 warning signs spread throughout its property removed.

And while we’re waiting for several experiences to return to Walt Disney World Parks and Resorts, there are some experiences such as the reopening of Bibbidi Bobbidi Boutique and EPCOT Tours that can be celebrated as excellent steps forward.

Over at Disneyland Resort, Guests are flocking to the Parks to celebrate the popular Oogie Boogie Bash Halloween Party and are preparing to storm the Parks, Resort, and Anaheim Convention Center for the upcoming D23 Expo.

To learn more about Monkeypox symptoms and how the virus is spread, visit the Centers for Disease Control and Prevention (CDC) website.