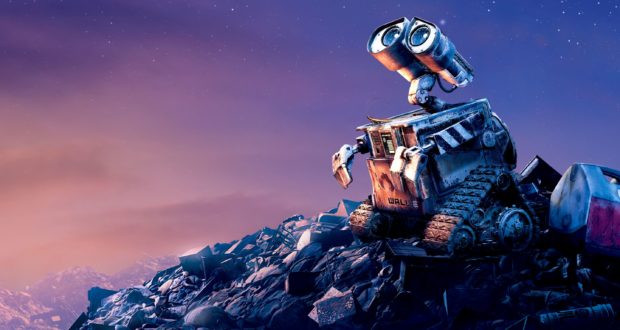 Who doesn’t love a Disney or Pixar film? It seems like no matter how many films are produced by the entertainment giant, not only is there something for everyone, but each film is nothing short of greatness. In fact, if you love Disney and Pixar films like we do, you might find yourself hard-pressed to find anything lacking in productions from the House of Mouse, unless of course, it’s the lack of sequels when it comes to some of the most beloved titles. Here are a few Disney and Pixar films that we feel are really deserving of a quality sequel. Which ones would you like to see revisited?

While many fans feel like Pixar should leave the princess flicks to Disney and keep their own unique brand of storytelling for other projects, another fan friendly school of thought is that since Pixar already produced their take on a princess tale in the form of Brave, it’s high time they created a sequel. After all, we have questions! We know that in her youth, Merida had no interest in, or intentions with, a suitor. But what about now? Perhaps—after nearly 10 years—she’s changed her mind. Has she married? Has she become a mother? Did her relationship with her mother continue to bloom and grow? And for goodness’ sake, are her brothers still as mischievous as we remember them? Brave 2, coming to a theater near you (maybe)?

Yes, we know that the wildly famous story of Cinderella and the evil Tremaine crew has seen two sequels already, but we’re talking about scrapping those—using a little pixie dust and making it as though the two sequels were never produced so that we could start anew with a first-ever sequel—one that answers questions we want answered, one that focuses on Cinderella and her prince, rather than looking at “what if the shoe hadn’t fit?” (and is that truly a sequel anyway?). Come on, Disney, take us back to the classics like this one and tell us the real “happily ever after” part that involves their children, changes in the kingdom, etc. Do you think Cinderella became a mother? What were the royal causes for which she worked? Did her kingdom benefit exponentially from her gentle grace and kindness?

Too soon to request a sequel to this fabulous piece of Pixar perfection, written and directed by the unfathomably talented Pete Docter? We don’t think so! Soul hit the proverbial small screen by way of the Disney+ streaming platform on Christmas Day, 2020, so in case you haven’t seen it yet, we’ll try not to spoil the ending by making uber-detailed requests about a possible sequel. But we will say this: a Soul sequel could satisfy the questions we’ve had since we watched the film for the first time in December. Tell us, Pixar, does Joe Gardner stick to his guns? Does he still have that awe-inspiring, newfound love for the everyday, the simple, the otherwise mundane? How has his life changed since we saw him last? And has 22 found her purpose, her peace and a place of belonging? Too soon? Never! Mr. Docter, if you’re reading this, please give us more Soul!

For the first time in 2007, Pixar fans fell in love with the idea of rats in the kitchen. No, we didn’t see that one coming, but from the moment we met Remy, Emile, Linguini and Colette, we were hooked. No longer did we see Remy as a germ-toting rodent to be exterminated. Rather, we were glad about his expertise, his ability to wield culinary masterpieces from everyday kitchen staples and his affinity for an expansive vocabulary and ambulating upright. We think it’s time for more. Whatever came of Linguini’s and Colette’s romance? Did they eventually build a chain of bistros known for exquisite French cuisine? And for the love of hope, did Anton Ego stay, well, less egotistical? We sure hope so, but only a well-written Pixar sequel will tell us for sure.

WALL-e created an affinity in us for garbage-organizing robots much like Ratatouille opened our eyes to loving vermin. And just like Ratatouille, we think WALL-e is deserving of a sequel. You’ll recall that by the end of the film about the last robot on earth, the tiniest evidence of life on planet earth has been discovered—a sign that it’s time to return to earth and abandon the BnL ship. Wouldn’t you love to find out if earth has been about to continue supporting life? And if so, did humans ever regain their abilities to use their legs? Did they recall their social beginnings and remember to continue cultivating relationships with others? Only a sequel will tell us for sure.

Disney’s The Sword in the Stone tells the story of a young boy known as “Wart” and his adventures with Merlin the Wizard, who affords him an unconventional education. Young Wart is lanky, scrawny, brow-beaten by others and the last human on earth you’d ever think capable of pulling the proverbial sword from the stone and being hailed King, but that’s exactly what happens. A sequel could tell us whether Wart does indeed get to go on and assume the crown he has earned or if the crown is stolen by another (Mad Madam Mim, perhaps?). A sequel to this Disney classic could give us some insight into history—do we know the real story of King Arthur, or is there more to the story than even history knows?

If ever there were a passionate, hard-working young woman, it’s Tiana. Despite all the naysayers and obstacles, Tiana not only perseveres but works tirelessly to follow her dreams. She becomes a princess and restaurant owner almost simultaneously, and we love the film; all the more reason a sequel is in order. Wouldn’t you love to know how successful Tiana’s restaurant becomes? It would be fun to see if Prince Naveen and Princess Tiana become parents and how Tiana teaches her little ones the value of hard work. A sequel could also give us more insight into Mama Odie, her background, and how she continues to help Tiana. Even though the animated film is based on another’s work, Disney could add just enough magic to turn the tale into something uniquely “Disney.”