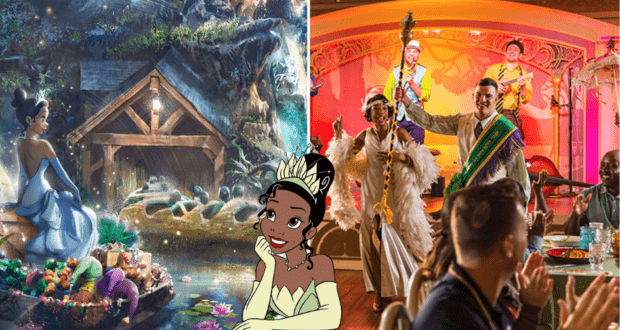 Could a ‘Princess and the Frog’ Restaurant Follow Disney’s Changes to Splash Mountain?

Whether or not Disney fans are ready for it, Splash Mountain in both the Magic Kingdom and Disneyland Park is being replaced with Tiana’s Bayou Adventure, a new attraction themed to Disney’s The Princess and the Frog (2009).

Disney originally announced the new addition to Frontierland at its domestic theme parks during the summer of 2020, but we did not have additional details like the opening date, storyline, and updated concept art for the attraction until recently.

With so much buzz about The Princess and the Frog coming to Frontierland at Walt Disney World, we have to wonder if we will soon see other nods to this iconic Disney Princess story added to this area…a restaurant, perhaps? RELATED: A Behind the Scenes Look at Tiana’s Bayou Adventure

Aside from the controversy of the changes coming to Splash Mountain, when we think of The Princess and the Frog, there is one thing that comes to mind that Disney fans would love to see in the theme parks: A restaurant!

Tiana’s goal in the film is ultimately to open her own restaurant, and with delicious eats like gumbo and beignets, we have to admit we would be thrilled to see such an experience open in the Magic Kingdom. The concept may also seem like the obvious addition to anything Princess and the Frog-themed as we even see Tiana’s daydreams and completed vision of the restaurant in the Disney animated film, which would give Imagineers plenty of inspiration to work with.

Of course, there is one Tiana’s Place that does already exist, and that is onboard the Disney Wonder. This dining experience is often enjoyed by Guests sailing with Disney Cruise Line, but it would be exciting to bring a similar dining experience to the Walt Disney World Resort. 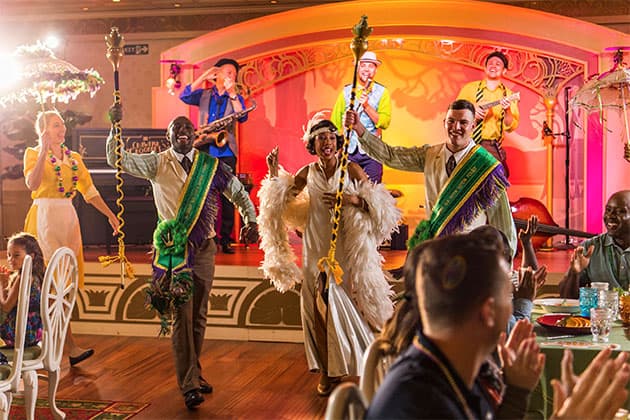 For fans who are mixed on the Princess and the Frog re-do Splash Mountain, one argument against the change is that the setting does not fit in with the rest of Frontierland. We would point out that Frontierland’s chronology and geography is already a little bit all over the place, but we can also see how the re-theme could work better in Disneyland where Splash Mountain is located in Critter Country but right next to New Orleans Square.

The addition of enough theming around Tiana’s Bayou Adventure to create an East-coast New Orleans Square seems unlikely, but a little bit of extra details to rope in the new theme for Splash Mountain does not seem like it would hurt.

Of course, there is the issue of space as the area beyond Splash Mountain is already occupied by Big Thunder Mountain Railroad, and backstage behind the attraction does not appear to have enough room to add anything as large as a new restaurant. RELATED: Imagineer Charita Carter Discusses What It’s Like to Bring the First ‘Princess and the Frog’ Attraction to Life

The Briar Patch, Splash Mountain’s gift shop, will need to be rethemed when the ride is done over, but we would hazard a guess that Tiana’s Bayou Adventure will also have a gift shop, not only for the souvenirs but also for the on-ride photo space.

There is, however, Pecos Bill’s Tall Tale Inn & Cafe and Tortuga Tavern both nearby, along with the Golden Oak Outpost cart and its limited seating area. It seems that if Disney wanted to, there are enough existing dining spaces that could be re-themed to expand the setting of Tiana’s Bayou Adventure and give fans a restaurant that they have been asking for.

Of course, Disney has only announced the changes to Splash Mountain itself and not to the rest of Frontierland. But it’s fun to dream, isn’t it?