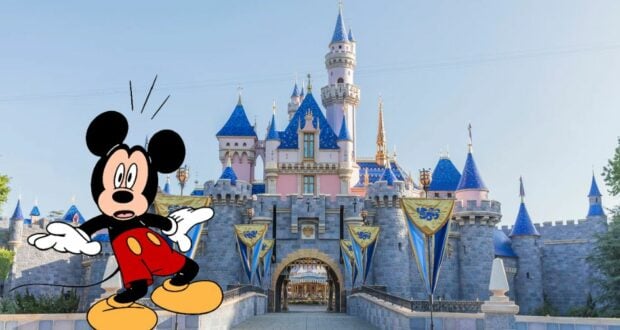 We like to think the Disney Parks are filled with nothing but pixie dust and happiness, but sometimes that magical Disney bubble gets popped. The April and May 2022 Disneyland Resort crime reports have been released, showing the Anaheim Police responded to several Disney Park calls.

As a Disney Park welcomes millions of excited Park Guests annually, it’s no surprise that a Disney villain is bound to show up to throw a little shade into the otherwise bright and happy place. The good news is that Disney security never sleeps, and the Anaheim Police are just a call away when handling the bigger situations.

Disneyland Resort has recently experienced lawsuits such as Guests being upset with the new Disney Park Pass reservation system and how it has impacted the Magic Key (Annual Passholder) tickets. Disgruntled Guests have been spotted causing fights outside the nighttime spectacular, “Fantasmic!” and Guests making odd choices such as jumping off of Big Thunder Mountain Railroad to retrieve a phone have been caught on video.

With the number of people flooding into Disneyland Park, Disney California Adventure Park, Downtown Disney, and Disneyland Hotels, it’s no surprise that according to the Orange County Register, Anaheim Police have responded to 23 calls at Disneyland in April 2022 and 25 calls in May 2022.

In April, the call log shows numerous calls for incidents such as drunk in public, narcotics, disturbing the peace, cruelty to animals, brandishing a firearm and knife, assault and battery, and petty theft (under $950 stolen). While details of the animal cruelty report were not shared, this is sometimes an issue of a Guest leaving an animal in the hot vehicle while the owner attempts to enjoy the Park.

Several of the incidents in April also took place in May, but May also included a bomb threat report on May 2, 2022. The OC Register noted, “Anaheim Police fully investigated a bomb threat at Disneyland on May 2 and determined the threat to be unfounded, according to a police spokesperson.” Other May incidents included vandalism, trespassing, grand theft (over $950 stolen), and forgery/fraud.

We’re thankful to Disneyland Security and the Anaheim Police for keeping the Disneyland Resort as safe as possible!