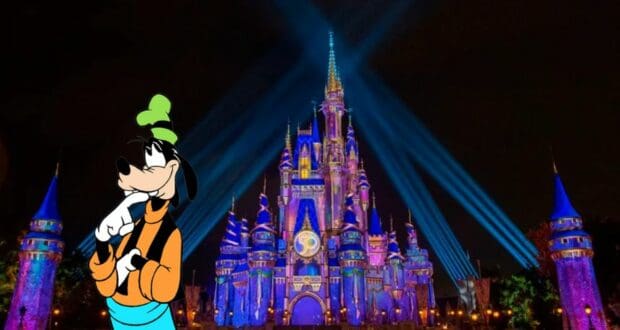 Fascinating Experiences That Happen Overnight in the Disney Parks

Experiencing the Disney Parks throughout the day is part of the Disney experience. From open to close, the Disney Parks are bustling with crowds and excitement as Guests flood to experience the magic of attractions, entertainment, and Disney snacks galore. But what happens when the Park is closed to the public? Aside from the happy haunts materializing in the dark, here’s what unfolds overnight in the Disney Parks while we dream of pixie dust from our Disney Resort Hotel.

If you think the Disney Parks are kept clean during operating hours, a whole new team of Cast Members sets out into the Parks overnight with deep cleaning in mind. With a family member that has worked as a Cast Member at Walt Disney World Resort during the 3rd shift, we can say with certainty the amount of cleanliness and attention to detail shines in the wee hours of the morning before Guests have arrived.

Have you ever entered a Park early in the morning and wondered why the pavement is wet even though it didn’t rain the night before? The entire Park gets hosed down each night to begin a new day fresh and clean. Disney is especially aware of the spread of germs and the night hours are the perfect time to clean and sanitize attractions, bathrooms, and other public areas.

Disney is constantly working to pay extra close attention to detail which is one of the reasons the Disney theme parks are so different from the rest. With constant painting, light bulbs needing to be replaced, and more, these tasks that are easier to get done without the traffic of Park Guests are accomplished at night.

If you’ve ever been the first one inside a Disney store, you were likely greeted with freshly stocked shelves ready for eager shoppers! A third shift crew enters each Disney store overnight to ensure the shelves are stocked, and new merchandise is displayed properly. When thousands of hands are touching merchandise off the shelves throughout the day, the night hours are needed to reorganize to prepare for the incoming Disney fans.

While, yes, there are times Disney will close attractions during the day for refurbishment, typically, these refurbishments are necessary for a lengthy maintenance project. But, if you think about the numerous attractions Walt Disney World and Disneyland Resort offer, there is much maintenance happening behind the scenes overnight that we aren’t even aware of.

From testing “it’s a small world” dolls to ensuring all of the cars are running smoothly for Tomorrowland Speedway… it’s a thankless job that incredible Cast Members handle overnight.

Want to have the most incredible party ever? Plan a Disney Wedding or special event! Weddings, receptions, and special events are held regularly after hours in the Disney Parks. Typically, the event takes place a couple of hours after the Park closes or in the early morning hours just before Guests arrive.

These celebrations are unique in the sense that the Guests get to see a side of the theme park that has never been seen by most Disney fans.

Have you ever seen a Disney advertisement and wondered where the crowds are? While you may be in the Parks and see Disney filming a promotion video or advertisement, some recordings are held overnight to avoid crowd traffic. Much like Disney Weddings, these recordings typically take place shortly after Guests leave or before the first Guests arrive in the Parks.

Special stage productions are constantly in the works at Disney Parks! With famous Guests and special holiday events, it’s not unusual to arrive at the Parks to see a stage that has been erected overnight in front of the Cinderella Castle or elsewhere. The production team has already worked on lighting, sound, and stage development while we were all getting our beauty sleep.

This one is not so secretive! If staying at a Magic Kingdom Park Resort Hotel, Disney’s Hollywood Studios Resort Hotel, or EPCOT Resort Hotel, you may receive a notice that there will be some after-hours noise due to fireworks testing. Disney does this regularly to ensure fireworks perform properly, making adjustments as needed.

One of the most impressive experiences is being in the Disney Parks one day and arriving the next only to find a MASSIVE transformation has been undertaken overnight. From the shining holiday lights on Disneyland’s Sleeping Beauty Castle to the spooktacular Fall decorations that fill Main Street, U.S.A. – the holiday transformations are some of the most impressive overnight projects.

Visiting EPCOT during one of the popular EPCOT Festivals, such as the EPCOT International Flower & Garden Festival? The incredible amounts of landscaping work, including topiaries and massive flower beds, are largely installed overnight to ensure Guests the opportunity to see the work in its complete form.

Imagine all the landscaping work that needs to be kept up as well over at Disney’s Animal Kingdom, including the massive Kilimanjaro Safaris and lush landscape areas. Overnight and early morning hours are also the time Disney works on landscaping, such as weeding, pruning, edging, mowing, seeding, and more.

Great news – security never sleeps! So while the Park may be empty outside of Disney Cast Members overnight, security never stops making their sweeps of the Parks and Resorts. These highly trained Disney Security Cast Members know what to look for and keep their eyes on anything that may be suspicious during the overnight hours.

Yes! There are tons of waterways in and around the Disney Parks that require attention. This means the constant inspection of such transportation vehicles, attractions, and lagoons are critical. Not only is diving needed for maintenance, but cleaning and attention to the massive aquarium at Disney World’s Park The Seas with Nemo & Friends is largely a 3rd shift job.

What would the Disney Parks be without the beloved Cast Members?! Often, Disney Cast Members are trained in the late hours and early morning to prepare for Disney Park Guests. While some training is still held for much of the positions during the day, it’s not uncommon for a Cast Member to experience training during overnight hours.

This is especially important for rehearsals as Disney Cast Members prepare for events such as parades and stage shows which involve a massive amount of coordination and timing to be practiced without Disney fans watching.

It’s not uncommon to see cars left over in the Disney Park parking lots at the end of the day. Surprisingly enough, Park Guests have been known to frequently attempt to leave a parked car in a Disney Park parking lot with unauthorized overnight parking. Unfortunately, if you decide to take an Uber home or find a different way to a Disney World Resort or Disneyland Hotel via transportation, your vehicle will be towed to make way for a new start to the day.

The fascinating things that happen overnight in the Disney Parks are all in place to make for the most magical day for Disney Park Guests. A huge THANK YOU to the many 3rd shift Cast Members that go un-thanked for their hard work creating the pixie dust that shines for us Disney fans during the day!