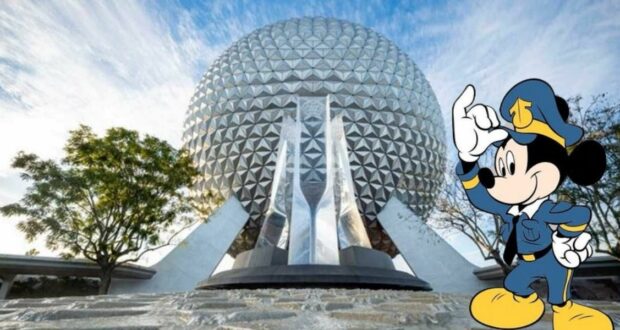 There may be many things at Walt Disney World that cause frustration, but amid the magic, we all must try to “Let It Go.”

With multiple changes and price increases coming to Magic Kingdom, EPCOT, Disney’s Hollywood Studios, and Disney’s Animal Kingdom theme parks – such as Lightning Lane and Disney Genie replacing the free Fast Pass service and Park Pass reservations being introduced – there have unfortunately been more and more incidents between Guests.

And it now looks like Disney has started to implement more security at its theme parks to deal with incidents regarding Lightning Lane. 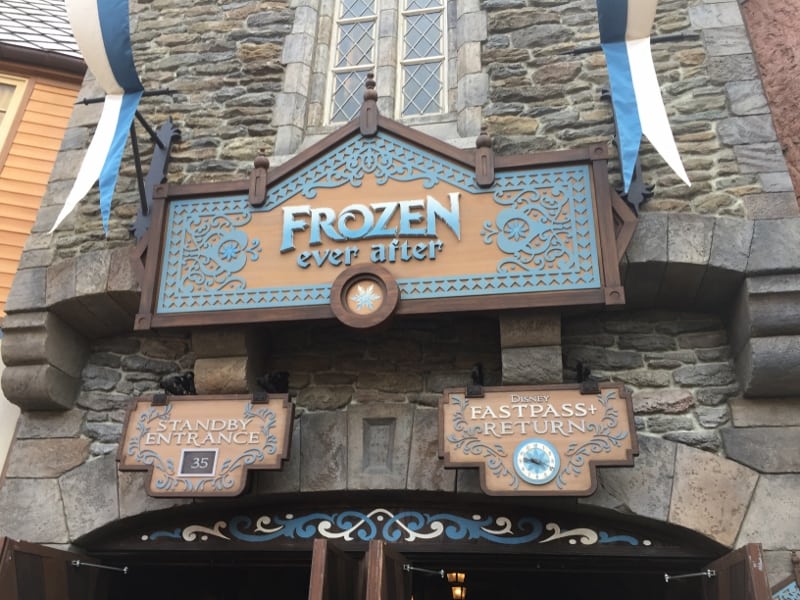 It’s one of the most popular attractions at the EPCOT theme park, attracting fans of the animated Disney movie Frozen (2013) and its main characters Elsa, Anna, Olaf, Sven, and Kristoff.

With amazing audio-animatronics and a surprise twist during the “Let It Go” song portion of the ride, the boat ride Frozen Ever After has become a family favorite at EPCOT after it replaced the beloved Norway pavilion attraction Maelstrom. Now, though, it seems that its popularity and long wait times have brought about the need for a Security Cast Member after incidents between Guests in the queue area.

Twitter user Belle (@FiBelleFi) shared a photo on May 21 of a Security Cast Member stationed at the merge point of the Frozen Ever After queue area:

Security stationed at the Frozen Ever After merge point. Mr. Chapek, tell us more about how guests love Lightning Lane

Security stationed at the Frozen Ever After merge point.

The security guard stands in the waiting area of Frozen Ever After in EPCOT, right at the merge point between the stand-by queue and Lightning Lane. The Disney Guest seems to suggest that this is because Walt Disney World has been having issues due to Disney Genie+ users, but we cannot confirm this is the case.

After how many fights and incidents we’ve reported on and seen lately at the Disney Parks, however, it would seem plausible that this is the reason for Disney needing to station security in the attraction.

Multiple users on Twitter responded with the same assumptions and observations regarding why security was added, noting disagreement between Guests in hot weather, crowded Parks, and long wait times. 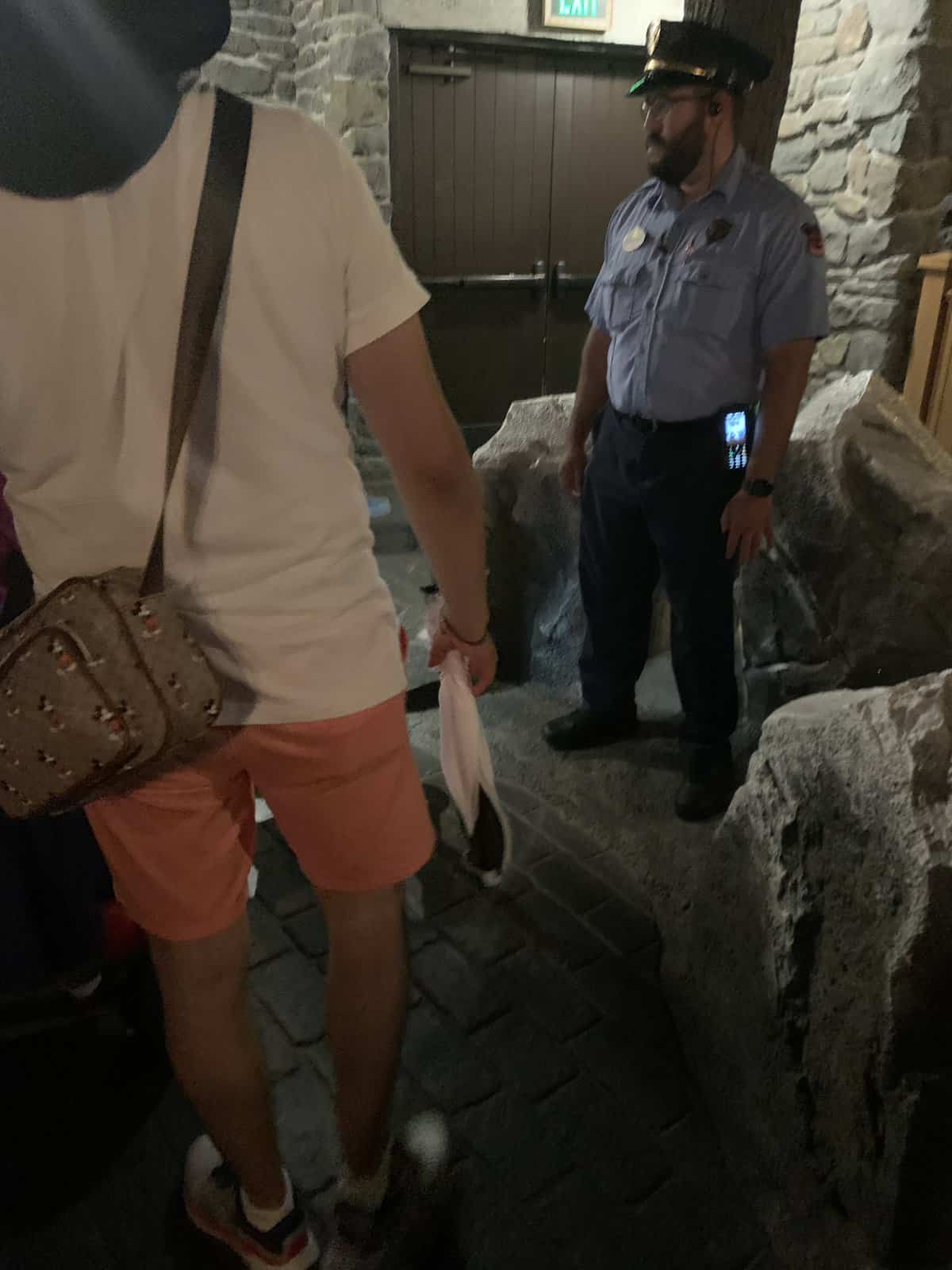 The Norway Pavilion was the perfect spot for a Frozen-themed attraction, and in 2014, Maelstrom’s last Viking ships sailed to make room for Frozen Ever After. Guests will quickly notice that Frozen Ever After uses the exact same ride track and repurposed ride vehicles from Maelstrom. Guests still plunge down a waterfall and even plummet backward at one point in the ride.

EPCOT’s revamped attraction, which opened in 2016, marks the anniversary of the day that Anna saved Elsa, thereby ending Arendelle’s eternal winter. Elsa has declared an Official Summer Snow Day to celebrate with Olaf and the gang, with Guests hearing their favorite songs from the movie “For the First Time in Forever” and “Let it Go.” Marshmallow and the Snowgies from the short film Frozen Fever (2015) also make appearances.

The popular ride often sees wait times of multiple hours, and its Lightning Lane reservations selling out fast, so it’s no wonder that Guest patience runs thin during the queue area. We only hope to see less disagreeable behavior from Guests in the future at the Walt Disney World Resort.