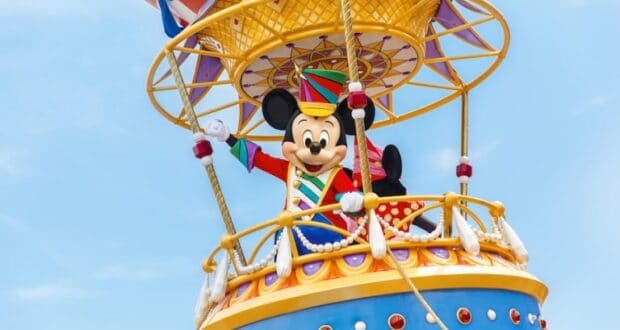 Since the beginning of Walt Disney World’s 50th anniversary celebration, we’ve been missing the magic of Disney’s entertainment Cast Members.

Across Magic Kingdom, EPCOT, Disney’s Hollywood Studios, and Disney’s Animal Kingdom theme parks, Guests have seen multiple changes to the Park experience due to the pandemic, including mask mandates, social distancing, and the temporary closure of live performances.

Already, we’ve seen the modified return of shows like Indiana Jones Epic Stunt Spectacular, Beauty and the Beast, and The Festival of the Lion King, and today, March 9, saw the long-awaited return of parades!

When Walt Disney World’s 50th anniversary began, we were fortunate to have the debuts of Disney Enchantment at Magic Kingdom and Harmonious at EPCOT, but Disney Guests were still missing the magic of seeing floats go down Main Street, U.S.A..

Well, now we finally can enjoy the return of the Festival of Fantasy Parade! The parade’s return date, March 9, coincides with the anniversary of the debut of the parade back in 2014. 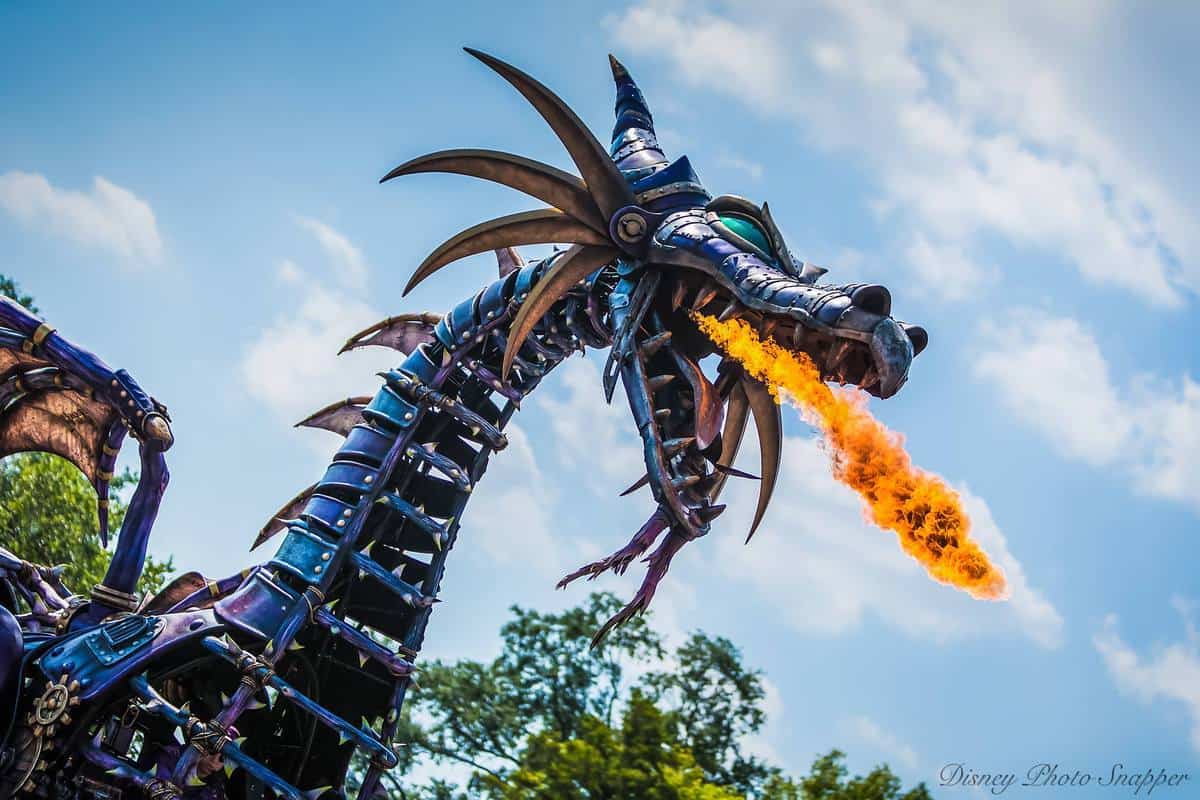 Disney Guests at Magic Kingdom were overjoyed to see the return of floats featuring Cinderella, Rapunzel, Mickey, and Peter Pan, with tears, waves, and dancing flooding the streets.

The crowds along the parade route were massive, with the cheers so loud when the music started blasting on the speakers.

And in a special moment, the Grand Marshals for the first day of the parade were Magic Kingdom Cast Members! A lovely touch from Disney in recognizing their employees after some difficult years. 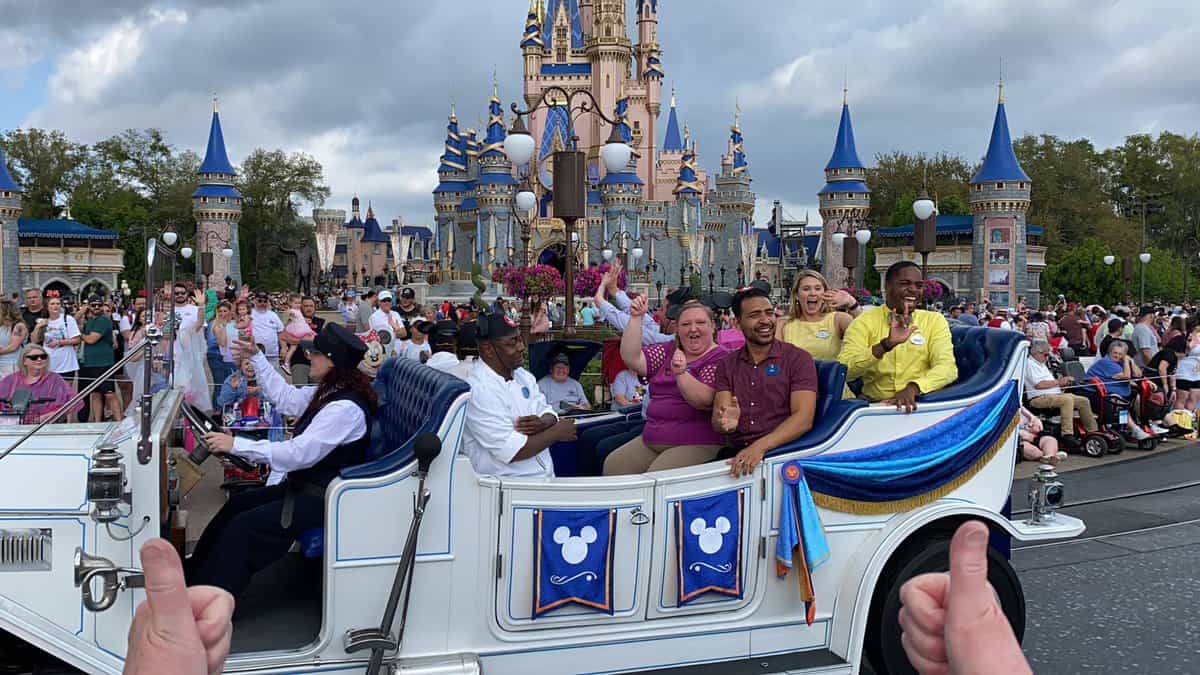 Disney’s Festival of Fantasy Parade celebrates some of Disney’s iconic stories through a spectacle of beautiful floats.

Guests can wave to princesses like Cinderella, Tiana, and Belle in a garden of topiaries, followed by an appearance by Frozen‘s (2013) Anna and Elsa. Following the Princesses is a float based on Tanged (2010), then Ariel from The Little Mermaid (1989), Peter Pan, Wendy, and Tinker Bell, Merida and Scottish dancers from Pixar’s Brave (2012), and characters from the classic 1959 movie Sleeping Beauty.

Back in 2021, Magic Kingdom used the Maleficent float for a new mini-parade called Maleficent’s Fiery Prowl as part of a new Halloween event, Disney After Hours: BOO Bash. This famous float breathes fire as it goes along the parade route!

And this isn’t the only “parade” Guests get to see at Disney World right now. On February 11, the brand-new “Disney Adventure Friends Cavalcade!” kicked off, a super-sized cavalcade featuring Moana, Merida, The Incredibles, Baloo and King Louie from The Jungle Book (1967), Miguel from Pixar’s Coco (2017), and Nick and Judy from Zootopia (2016). 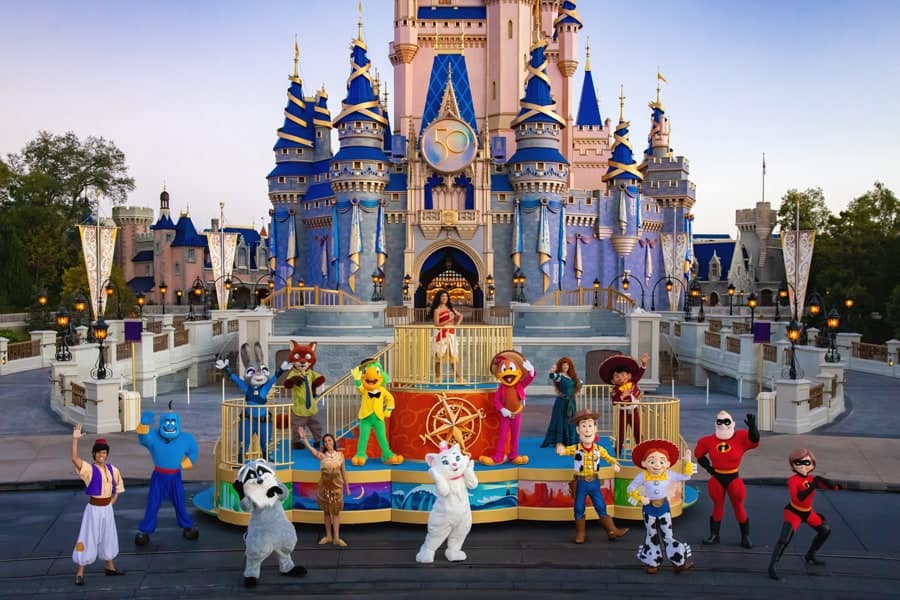 We can’t wait to sing along once again to a full parade soundtrack, and see children’s faces as their favorite characters wave at them as they go by.

The next big return will be Disney’s popular Fantasmic! show at Disney’s Hollywood Studios. We’ll keep you posted on the return date of this incredible show.