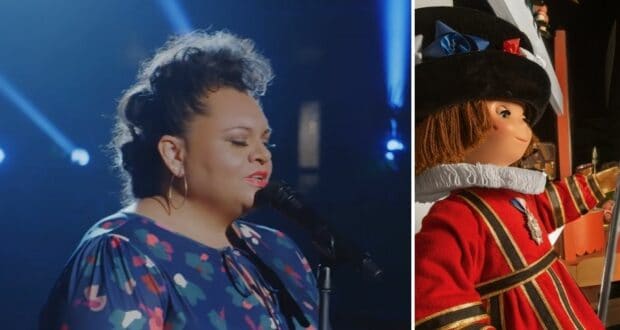 Grab the tissues as an incredible but emotional performance of the song “It’s A Small World (After All) ” is resurfacing at what seems like the perfect time.

When we think of the audio-animatronics singing “it’s a small world” over and over again at Walt Disney World’s Magic Kingdom Park and Disneyland Resort’s iconic “it’s a small world” boat ride, the term “emotional” is probably the last word we would use to describe the experience.

This version of the song however may not get stuck on repeat in your head, but it will have you looking at the song from a whole new angle.

In the midst of the Russian invasion of Ukraine, we saw the power of a Disney song being performed by a young Ukrainian girl in a bomb shelter. This little child was able to quiet a bunker in the midst of a war with her peaceful version of Frozen‘s “Let It Go”.

As we continue to push through other hurdles such as the COVID barriers and The Walt Disney Company in turmoil with itself, a brief moment to pause and appreciate a little Disney magic is exactly what is needed.

The very talented stage and screen star, Keala Settle who shined in the film The Greatest Showman (2017) visited with Disney Files Magazine Editor Ryan March. Keala opened up about her love for Disney, the “it’s a small world” attraction, and her emotional connection to the Sherman brothers’ song “It’s a Small World (After All)”.

The performance was first released a year ago in March 2021 but is still very true today. Keala takes the “It’s a Small World (After All)” song and turns it into a “healing prayer for peace in trying times.”

Disney Parks shares the performance below:

Have you ever heard “it’s a small world” sung so beautifully? It definitely puts a completely different spin on the iconic Disney theme park song and allows the words to really resonate.