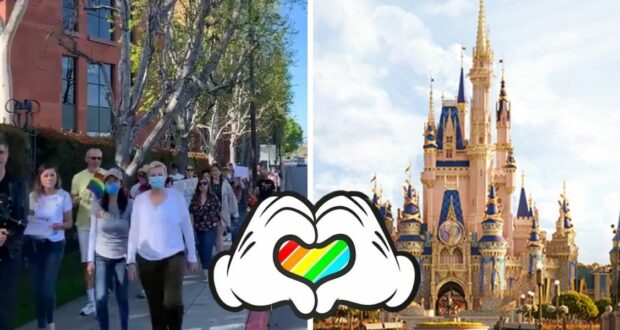 We’re now in the third week of Disney’s internal outcry.

The controversy surrounding The Walt Disney Company’s failure to denounce the new Florida legislation has grown into a public relations disaster for Disney, leading now to a Cast Member walkout.

Disney initially shied away from making a public statement regarding the anti-LGBTQ Florida bill. Thousands of Disney’s Cast Members felt betrayed by The Walt Disney Company after it remained silent on the passing of Florida’s Parental Rights in Education Bill. Critics have dubbed the bill the “Don’t Say Gay” bill and are concerned that it would target the LGBTQ+ community, restricting conversations about gender and LGBTQ+ identities in schools

Disney had focused on its Inclusion Key in its Disney Parks and movie portfolio but has recently been scrutinized for its silence regarding a new bill in Florida – particularly Disney CEO Bob Chapek. 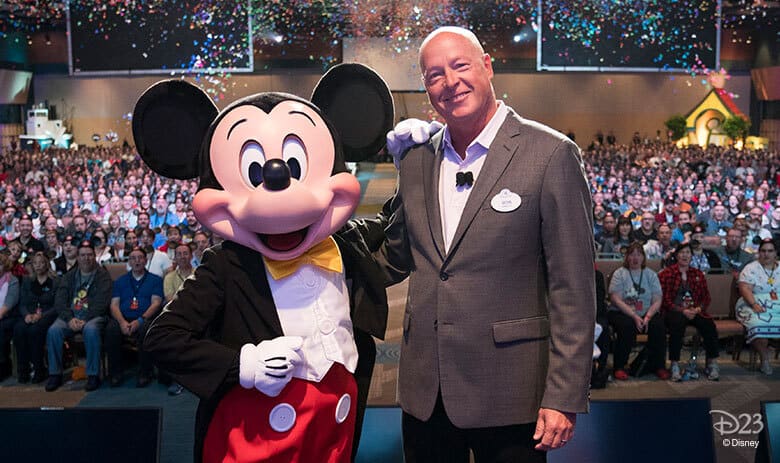 Both fans and Cast Members slammed Disney CEO Bob Chapek for his memos to staff regarding the bill, with both being perceived as lackluster and “too little, too late”.

More than 150 major companies, including Marriott and American Airlines, had signed a Human Rights Campaign letter opposing the controversial Florida legislation, with Disney – surprisingly – not among them.

Disney has approximately 80,000 theme park workers in Florida and a history of supporting the L.G.B.T.Q. community, recently forcing the relocation of 2000 Cast Members from California to Florida, so the move quickly backfired.

Disney’s silence has snowballed into a high-profile PR disaster and Cast Member uprising, with still-unsatisfied Disney employees organizing protests with a website, WhereIsChapek.com, and a company-wide walkout.

Hundreds of Disney employees walking out at company HQ in Burbank #DisneyWalkout pic.twitter.com/n9QpNmAHIf

The Parental Rights in Education Bill, which passed at the end of February, has caused outrage among the LGBTQ+ community for its restrictions and prejudice.

Back on March 3, Disney released a neutral statement regarding the Florida bill that focused on the company’s “content” and “culture”.

This short message caused a backlash in the Disney fanbase, which led to divisive Disney CEO Bob Chapek sending out a company-wide email addressing the controversial “Don’t Say Gay Bill”, but falling short of denouncing the legislation. On March 11, Chapek then sent a long, apologetic message to staff saying “I am sorry”, and revealed that Disney will be pausing all political donations. Disney had controversially funded all of the sponsors and co-sponsors of the Florida legislation, including Dennis Baxley.

This apology hasn’t stopped Disney Cast Members from showing their support for their Florida colleagues, with Cast Members at the Walt Disney Animation Studios Building walking out in solidarity:

It is impossible, of course, to estimate the exact level of participation in the Disney walkout, with many Disney employees still working from home due to the pandemic.

According to some Cast Members, the walkout was also held virtually, with Disney workers leaving an “away” message to express solidarity.

What a day so far! Thank you all so much for the resounding support. It means the world to us.

Walt Disney Studios responded to the “Don’t Say Gay” controversy by revealing that a cut same-sex kiss from Pixar’s upcoming Lightyear (2022) will be restored.

In a statement about the walkouts on Tuesday, Disney said, “We respect our colleagues’ right to express their views, and we pledge our ongoing support of the L.G.B.T.Q.+ community in the fight for equal rights.”

Disney also released a statement on social media amid the Cast Member walkout, writing that “we oppose any legislation that infringes on basic human rights”:

Disney Parks issued a statement this morning in support of LGBTQIA+ communities: “We oppose any legislation that infringes on basic human rights, and stand in solidarity and support our LGBTQIA+ cast, crew, guests and fans who make their voices heard today and every day.

Disney Parks issued a statement this morning in support of LGBTQIA+ communities:

“We oppose any legislation that infringes on basic human rights, and stand in solidarity and support our LGBTQIA+ cast, crew, guests and fans who make their voices heard today and every day. pic.twitter.com/XrW1C7oagr

It will be interesting to see what the aftermath of this walkout is for Disney, with both Disneyland and Walt Disney World seeing protests due to the PR backlash.

After seeing Disney as an ally all these years, members of the LGBTQ community are now concerned about Disney’s stance. Back in the 1990s, Disney was one of the first major corporations to offer health coverage to the live-in partners of gay and lesbian employees.

Alongside unofficial Disney Gay Days and Pride Month celebrations at Disneyland and the Walt Disney World Resort, it has been a surprising turn of events for The Walt Disney Company.