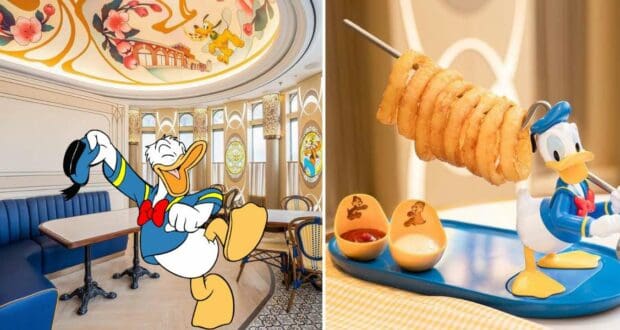 Donald Duck Just Opened His Own Restaurant at This Disney Park

Isn’t it about time for Donald Duck to have a restaurant of his own? Disney fans already have the opportunity to dine at restaurants hosted by other favorite characters, like Chef Mickey’s at Disney’s Contemporary Resort in Walt Disney World and Goofy’s Kitchen at the Disneyland Hotel.

Donald Duck has had several themed experiences at Disney Parks over the years, like Donald’s Dino Bash in Disney’s Animal Kingdom, which celebrates the character’s connection to dinosaurs through his discovery of shared ancestry with birds, and his boat, which will return to Disneyland’s reimagined Toontown when it opens later this year. But our favorite Disney duck has not had his own restaurant until now.

RELATED: Top 23 Walt Disney World Restaurants to Dine in During 2023

Late last year, we shared the news that Donald Duck would be opening up his first-ever restaurant at a Disney Park, with menu items and the decor and theming creating a totally immersive environment inspired by the iconic character.

The new location, called Donald’s Dine ‘n Delights has officially opened bringing with it everything Guests love about the character through tasty entrees and snacks like housemade pizza, artfully crafted milkshakes, and more all in an Art-Nouveau-inspired setting. 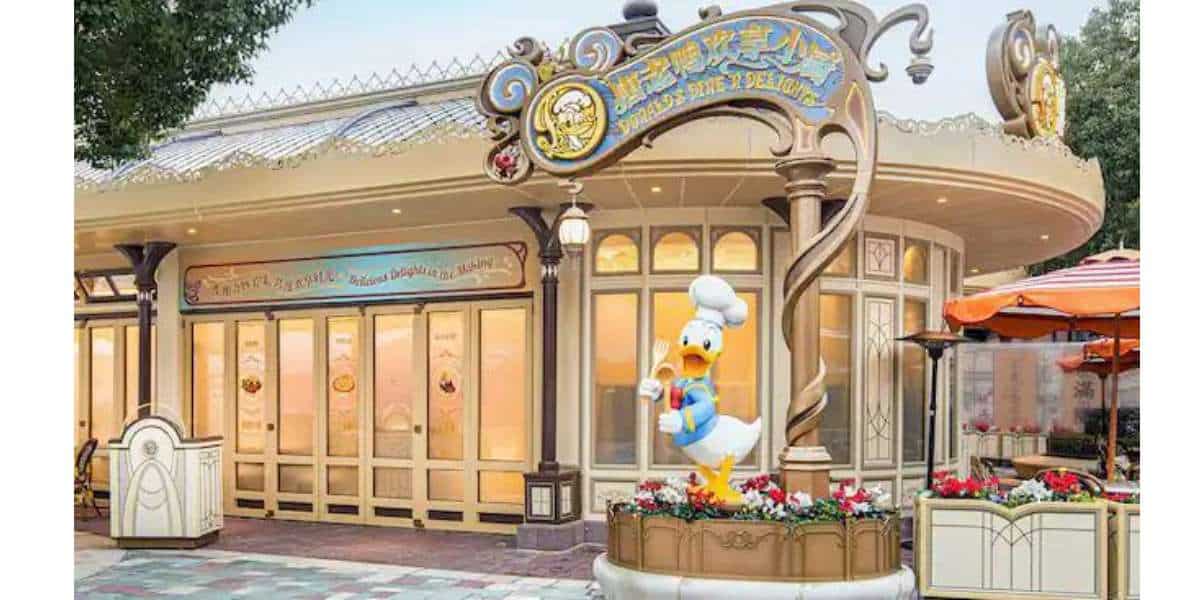 RELATED: Everything You Need to Know About Disney World Character Meet and Greets

Donald’s Dine ‘n Delights is located in Disneytown at the Shanghai Disney Resort, and while the Parisian-inspired architecture and decor is a wonder to behold in itself, we can’t wait to share a first look at some of the newest food items to debut at the Resort.

This table service restaurant is serving up what Disney describes as seasonally inspired “Western cuisine with Asian touches,” and while the food looks delicious, we just can’t get over the adorable presentation of some of the dishes. Even the steak is served with butter in the shape of Donald himself. 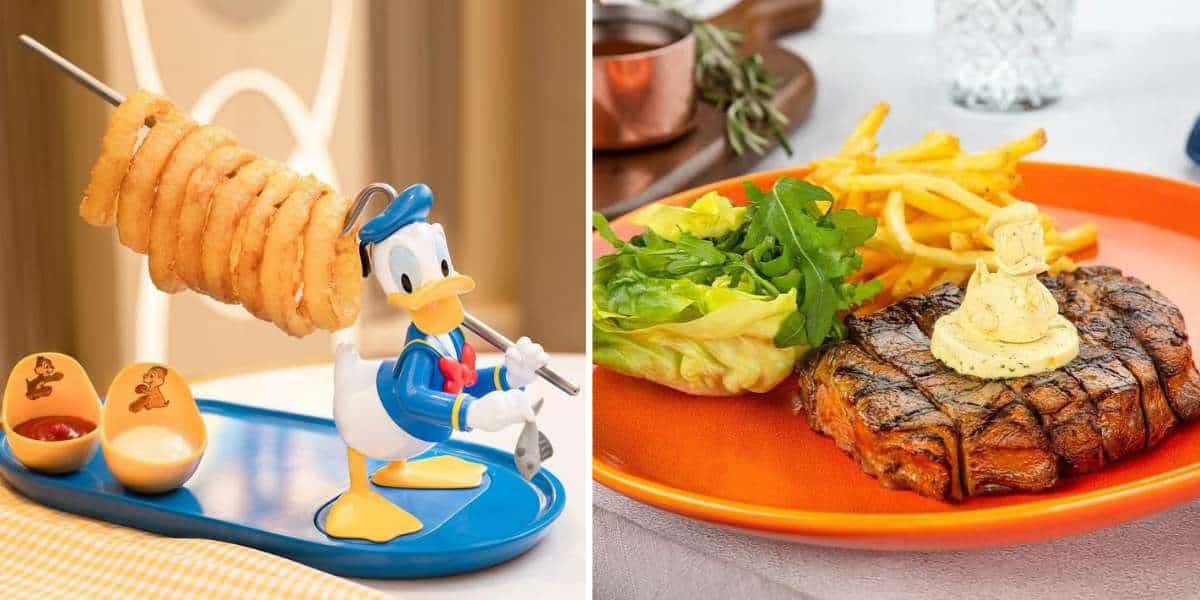 RELATED: Watch This Adorable Meet and Greet Between Donald Duck and His Matching Fan

Along with a rotating selection of seasonal dishes and housemade pizzas, dessert is sure to be a hit at Donald’s Dine ‘n Delights with milk shakes themed to Donald and his closest friends and family. Sundaes and specialty cocktails and mocktails are also available.

While Donald is the host of his new Disneytown dining location, Guests can also spot other characters in the artwork around the dining areas. Included in stained glass and murals around the restaurant are Mickey, Minnie, Goofy, Pluto, Daisy, his nephews Huey, Dewey and Louie, and Chip & Dale. 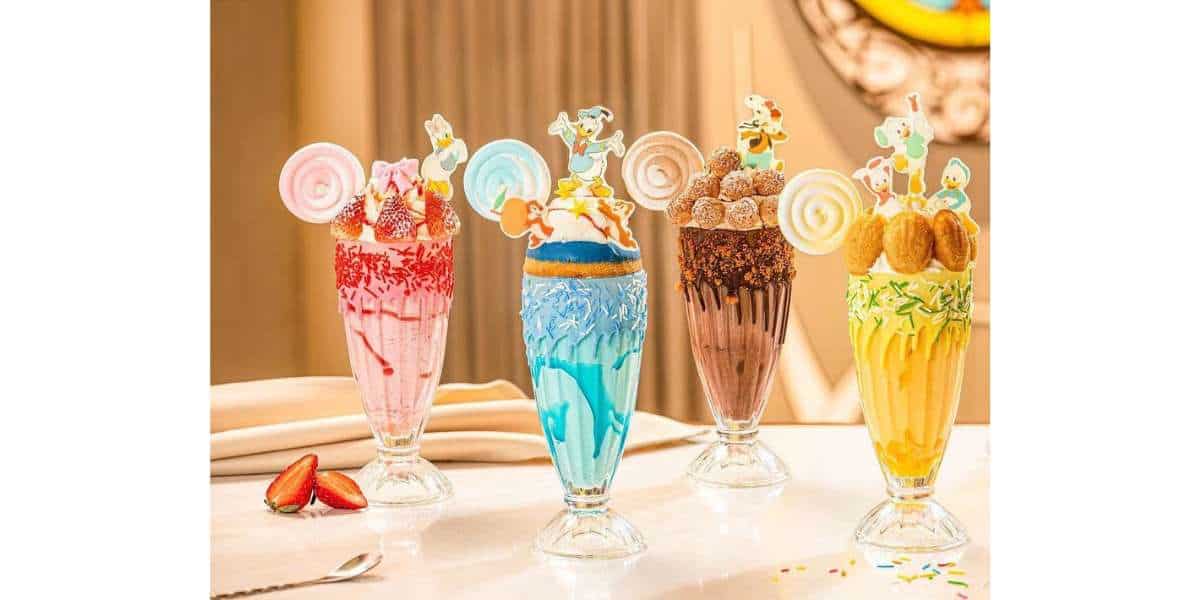 Donald’s Dine ‘n Delights is now open in Disneytown, with entrees running RMB 101 – 300 per adult or roughly $15-44 USD). Learn more about planning your trip to the Shanghai Disney Resort on its official website, and have a magical time!