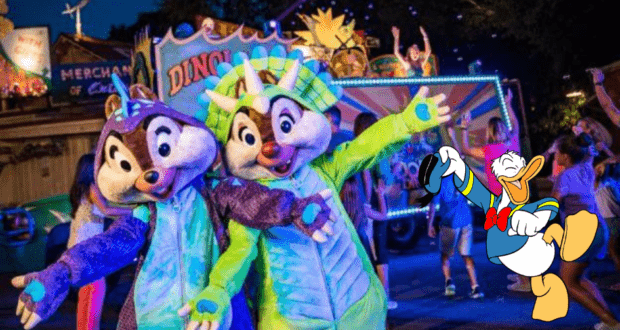 Donald’s Dino-Bash Is Returning! But Which Characters Will It Include?

Lots of pre-pandemic experiences are returning to Walt Disney World, and we could not be more thrilled!

In addition to experiences like the Hoop-Dee-Doo Musical Revue and Chip ‘N Dale’s Campfire Sing-A-Long returning to Disney’s Fort Wilderness Resort & Campground, a new character meet-and-greet and addition to the daily cavalcades will soon launch at the Magic Kingdom.

One of the most exciting updates from Disney, however, is the confirmation that Donald’s Dino-Bash will be returning to Disney’s Animal Kingdom! Here’s what we know so far. 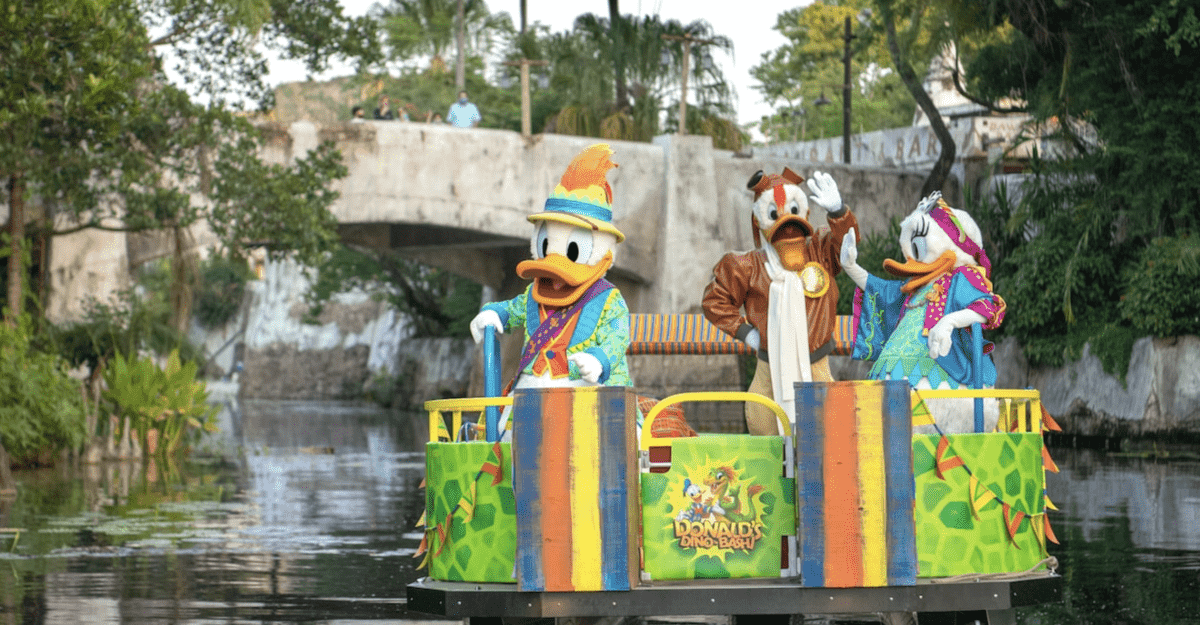 Prior to the closure of Disney’s Animal Kingdom at the start of the pandemic, Donald had just discovered that birds are distant descendants of dinosaurs. To celebrate, he put together Donald’s Dino-Bash, a festive event with character meet-and-greets and dance parties.

The dance parties took place right outside of Chester and Hester’s Dinosaur Treasures in Dino-Rama, adding some fun music and festivities to the area, while the meet-and-greets were previously held all around DinoLand U.S.A. near Restaurantosaurus and the Cretacaeous Trails. 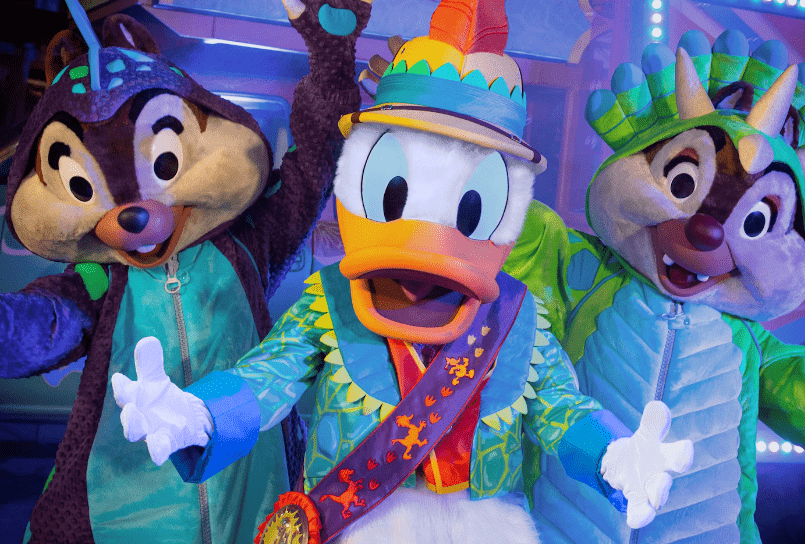 The character meet-and-greets at Donald’s Dino-Bash previously included Donald and Daisy of course, in celebratory outfits designed by Daisy herself, as well as a number of rarer characters like Launchpad McQuack (pictured above in one of the character flotillas that debuted when the Parks reopened in summer 2020).

Arguably the most popular meet-and-greet at Donald’s Dino-Bash previously was Chip and Dale dressed up in dinosaur onesies that were absolutely adorable. The duo’s memorable dinosaur get-ups even spawned merchandise in the parks of the two along with fan-made T shirts and ear headbands.

While Disney has confirmed that Donald’s Dino-Bash will return to Disney’s Animal Kingdom theme park “in the coming months,” we do not have a set timeframe or an idea of which characters might return (or be added) to the event. Currently Disney’s official site lists Donald, Daisy, Goofy, Pluto and Launchpad McQuack along with Chip ‘N Dale, which is close to the original lineup with the omission of Scrooge McDuck. 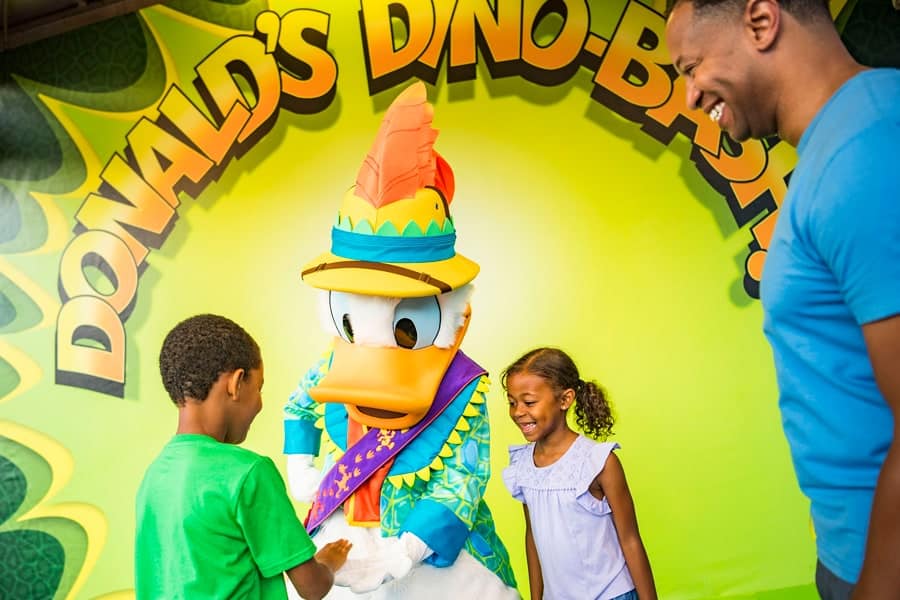 Disney’s official announcement only states, “Donald Duck and friends” will be back, so we cannot be sure if this means the same characters that were previously featured, or if we could see some new ones joining the mix. Donald does have a lot of friends, after all!

This summer is shaping up to be an exciting one at Disney’s Animal Kingdom with the revamped Finding Nemo: The Big Blue…and Beyond already underway and the full version of The Festival of the Lion King returning very soon. Donald’s Dino-Bash will add even more entertainment to this Disney Park, and we can’t wait to see who might show up when the event returns.

We will be back here on DisneyTips with additional updates from Donald’s Dino-Bash and Disney’s Animal Kingdom as we have them.