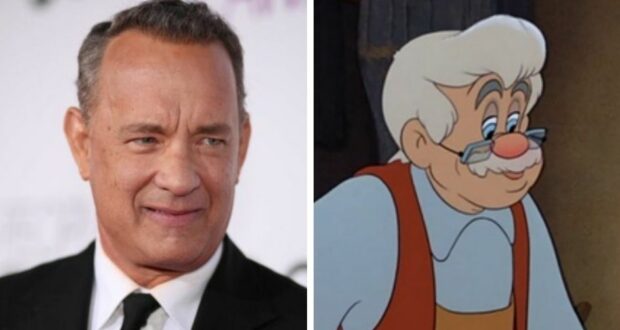 FIRST LOOK of Tom Hanks as Geppetto in ‘Pinocchio’

Calling all Disney film fans! We have exciting news as Disney has revealed the FIRST LOOK of Tom Hanks as Geppetto in the upcoming Pinocchio live-action film.

First announced as part of Disney Investor Day in December 2020, the live-action Pinocchio is said to follow along closely with the storyline for the 1940 Walt Disney Animation Studios classic, Pinocchio.

So far, we know the live-action retelling of Pinocchio will star Tom Hanks, Cynthia Erivo (Blue Fairy), Luke Evans, and the voices of Benjamin Evan Ainsworth, Joseph Gordon-Levitt (Jiminy Cricket), Keegan-Michael Key, and Lorraine Bracco. The director of the film is Robert Zemeckis.

Check out the photo of Tom Hanks as Geppetto below:

The Disney+ news just keeps coming as we have recently learned of a new ad pricing adjustment for Disney+. We are also looking forward to the Disney+ exclusive Hocus Pocus 2 film on the way this fall. In the meantime, we’ll eagerly await the arrival of Disney’s live action remake of Pinocchio streaming exclusively on Disney+ this September!

2022-03-09
Jamie Sylvester
Previous: The New Trick That Means You Can Get a Doctor In Your Disney Hotel Room
Next: Disney World Cancels Iconic Splash Mountain In Surprise Removal