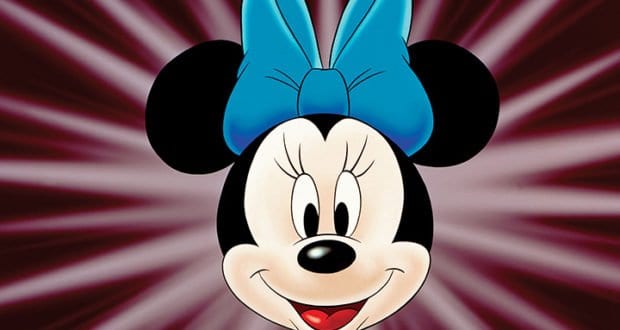 Minnie Mouse is a favorite character to so many. She’s adorable and lovable. Minnie is considered to be one of the Fab Five classic Disney characters, and she’s the only female in the group. (The others are Mickey Mouse, Donald Duck, Goofy, and Pluto.) There are many fun facts about this sweet Disney character, so here are a few of our favorites.

Minnie is not her full first name. Instead, Minnie is her nickname and what she prefers to go by. Her full name is Minerva Mouse. This was revealed in 1942 in the comic story “The Gleam”. Minnie seems to fit her personality so much more, though, and is much easier to remember. She is rarely referred to as Minerva.

Mickey and Minnie made their first public appearance together. It was on November 18, 1928 in the short “Steamboat Willie”. The film lasts just under eight minutes, and is currently available on Disney+. Mickey and Minnie did appear together before that in a short called “Plane Crazy”, but that was a test film and not released to the public at the time.

We don’t know too much about Minnie’s immediate family, but we do know that her parents were farmers and her father’s name is Marcus. Her mother was never given a name. Minnie has an uncle named Milton Mouse, and her grandparents are Marvel and Matilda Mouse. Another uncle is Mortimer Mouse, which was the original name that Walt Disney gave to Mickey. Minnie also has twin nieces; Millie and Melody Mouse.

Minnie owns a cat named Figaro. Pluto was originally Minnie’s dog, not Mickey’s. In the short “The Picnic” the dog was Minnie’s pet, and he was named Rover.

In 1933 there was an interview with Walt Disney where he said that Mickey and Minnie are indeed married. In most movies and shows they aren’t, though. Too bad we can’t have Walt clear this up himself cause I guess we’ll never know for sure what he intended. We do know that Minnie and Mickey each own their own house. You can visit them if you go to Disneyland.

As girly and cute as Minnie is, it was a man who was the original voice for the character. That man was the one and only Walt Disney himself. He was a man of much talent. He continued to voice Minnie for about a year. After Walt Disney, Marjorie Ralston took over as her voice actor. Minnie has also been voiced by Marcellite Garner, Thelma Boardman, Ruth Clifford, and Janet Waldo.

Minnie’s current voice actress is Kaitlyn Robrock. She replaced longtime voice actress Russi Taylor. Fun fact, Russi was married to Wayne Allwine in real life. Wayne voiced Mickey Mouse for 32 years. The love that you would sometimes hear between Mickey and Minnie was real. Wayne Allwine died in May, 2009. Russi Taylor provided the voice of Minnie in Mickey & Minnie’s Runaway Railway. That was her final appearance, she died in 2019.

In 1974, Janet Waldo voiced Minnie in “Disneyland Record Album, An Adaptation of Dicken’s Christmas Carol, Performed by the Walt Disney Players”. That was the last time Minnie would speak until 1986, when Russi Taylor took over the role.

Minnie didn’t always wear pink and red polka dots like you see now. When in color in her early days, she wore different combinations of blue, green, and black. Not only did she not wear her current colors early on, she had a completely different look. You can find the classic Minnie bow and polka dots all over the place when looking at Disney merch, but that wasn’t her original style. She also always wore a hat at first. It was in 1940 that Minnie and Mickey both received a makeover. That’s when she got that signature bow on her head, and also her shoes.

While Mickey received his star on the Hollywood Walk of Fame in 1978, it took a bit longer for his main squeeze to receive hers. Minnie Mouse was honored with her star on January 22, 2018. It was to celebrate her 90th Anniversary. Minnie became the sixth Disney character to be so honored. She joined Mickey Mouse, Donald Duck, Winnie the Pooh, Tinker Bell, and Snow White.

While Minnie is not considered to be a Disney princess, there are some places where she is still royalty. In “Kingdom Hearts” Minnie is the queen of the Disney Castle, and Mickey is her king. He is also her husband in the game series. In the direct to video film “Mickey, Donald, Goofy: The Three Musketeers” Minnie is the Princess of France. Finally, in the comic series “Wizards of Mickey” Minnie is again a princess, this time the Princess of Dolmen. In the same series, Mickey is the Supreme Sorcerer of Dolmen. Minnie may not be royalty outside of a few stories, but she is the queen of many people’s hearts.