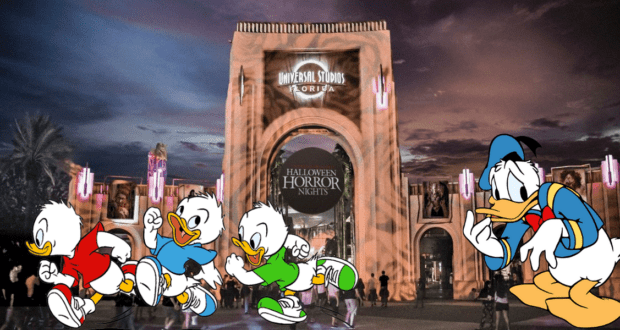 This week has been huge for theme park buffs.

NEW: Universal Parks & Resorts is planning to build a 100-acre "concept for families with young children" in Frisco, Texas.

Universal described the project as a 1-2 day destination. pic.twitter.com/2py0boPWBz

One project is coming to Frisco, Texas, and the proposed theme park will cater to “families with young children.” Few details have been revealed, but so far, we know that the Resort has been described by Universal as a “1-2 day destination” and “will be designed to be more intimate and engaging for younger audiences.” The other proposed theme park is anything but ‘engaging for younger audiences.’

Also NEW: Universal ALSO revealed plans for a "year-round, horror-focused destination" in Las Vegas. The 110,000-square-foot will be located in the Area15 entertainment district, according to @business. Wow.https://t.co/kB03UDFqhM

RELATED: Is Disney’s Biggest Competitor Trying to Take the Spotlight With This Announcement?

This one will be in Las Vegas, Nevada, and is described as a “year-round horror experience.” Fans of Universal’s seasonal Halloween Horror Nights events will love this project, as it seems like a full-time version.

NEW: Universal released artwork for the "year-round horror experience" coming to Las Vegas. The concept will include “unique, immersive, fantastic horror-centric experiences” along with daytime food and beverage spaces that will turn into “haunting bars and eateries by night.” pic.twitter.com/4N2Tjg0Ib1

According to Universal Parks and Resorts, this proposed theme park will feature “unique, immersive, fantastic horror-centric experiences.” Not only that, but it seems that restaurants and food carts will be transformed into “haunting bars and eateries by night.”

The concept art shows an eerie entrance decorated to look dilapidated, frightening, and menacing. It seems like this proposed project will also include characters walking around the Park with the sole intention of scaring Guests and making them feel uneasy, similar to Halloween Horror Nights.

Universal says “the space will also feature a continuously updated experience, must see seasonal events and one-of-a-kind merchandise. The “concept will bring to life Universal’s vast library of classic horror films and today’s most terrifying tales.”

As for the kinds of characters included? According to Universal Parks and Resorts, the proposed theme park “will bring to life Universal’s vast library of classic horror films and today’s most terrifying tales.” Whether you’re a fan of classic Universal movie monsters or modern frights, this theme park will have something for everyone.

Guests beware! You’re in for a delightful scare with this upcoming theme park.