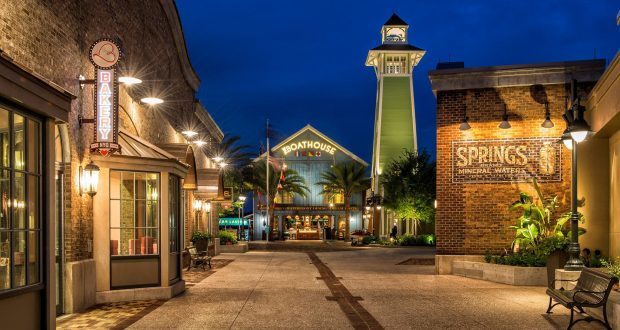 Have You Ever Noticed This Hidden Piece of History at Disney Springs?

Disney Springs is THE place to go for shopping and dining at Walt Disney World Resort in Florida.

From the themed dinners at Rainforest Cafe and T-Rex Cafe to the merchandise marvel that is World of Disney, Disney Guests are always in for a treat when they visit Disney Springs.

Disney Guests are always searching for the hidden secrets behind their favorite Disney theme park, but what if we told you there was a hidden little historical gem that can be found in Disney Springs? 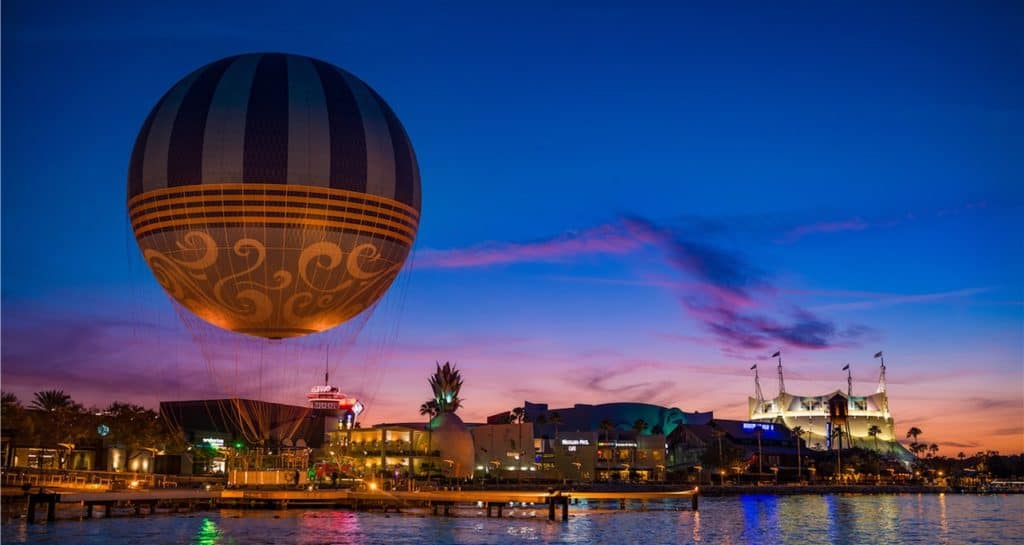 Yes, it’s not just Magic Kingdom, EPCOT, Disney’s Hollywood Studios, and Disney’s Animal Kingdom that get all the hidden Mickeys and Imagineer secrets!

You can find hidden Mickeys all over the originally named Downtown Disney district, from the Disney PhotoPass Studio next to Ghirardelli Ice Cream and Chocolate Shop to the massive World of Disney store.

But there is one little – unique – piece of history residing in Disney Springs that we discovered on our last visit to the shopping area. And literary fans, you’ll love this little tidbit! 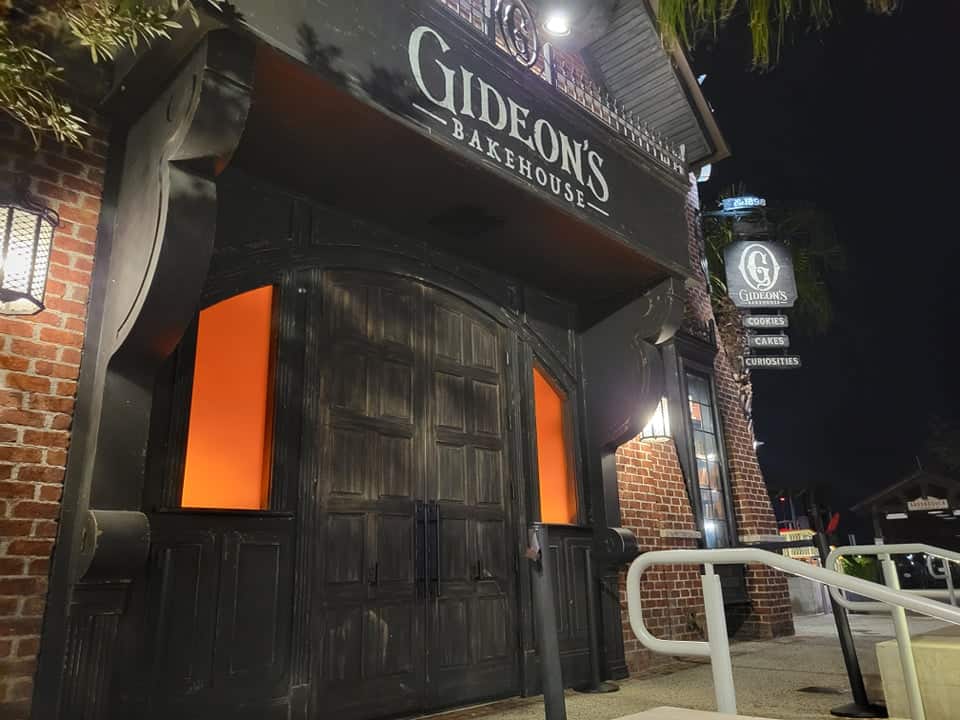 The mouthwatering and magical Gideon’s Bakehouse prides itself on its Victorian theming and its new unique cookies each month.

In January, Disney Springs visitors can queue up for a banana bread chocolate chip cookie (still 1/2 a pound!) among other flavors like peanut butter crunch, cookies and cream, and the original chocolate chip. 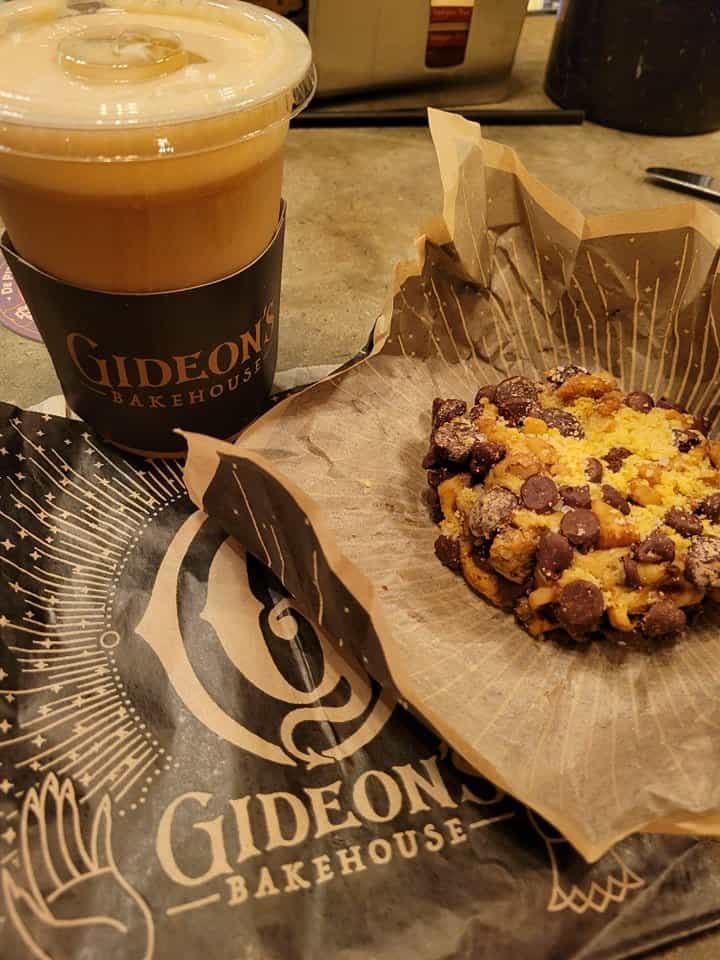 This treat is a vanilla bean cookie that’s been stuffed with bananas, candied walnuts, and chopped banana chips. Top it all off with a crust of chocolate chips, and you’re ready for a sit-down!

Inside the dining location, Guests can find an array of quirky decor, Victorian items, and bookcases filled with old books.

All of these are actually the Gideon’s owner’s, including one extra special book. On a bookcase behind the register is a first edition Edgar Allan Poe! 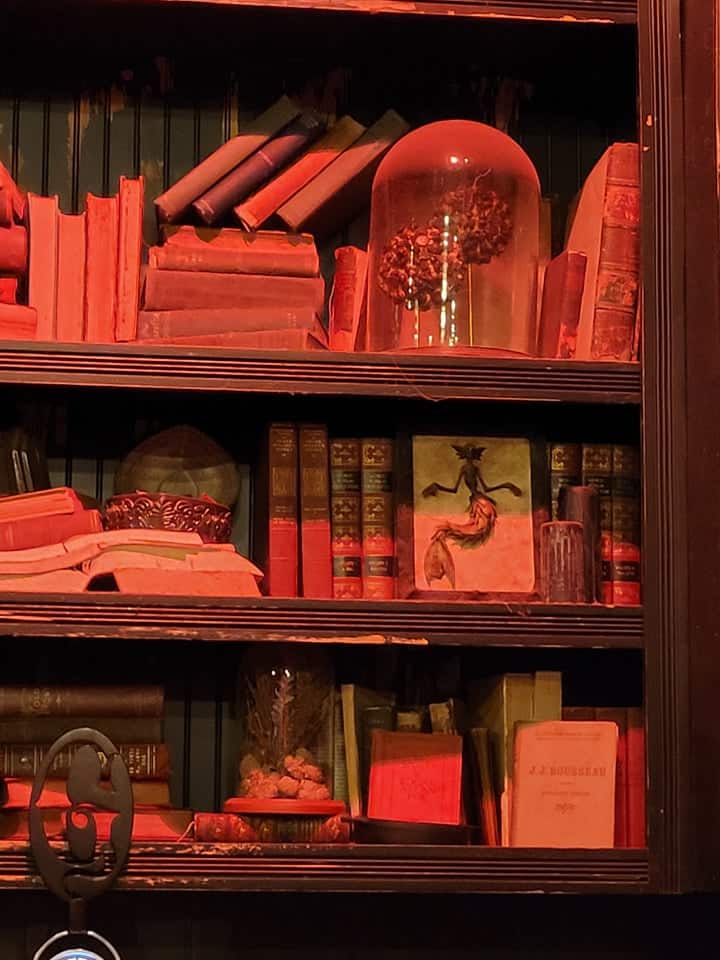 The red book can be found on the lowest shelf and provides a lovely bit of literary history in the popular dining location at Walt Disney World.

Some Disney Guests have reported waits of up to eight hours to return to purchase their cookies and other baked goods from Gideon’s Bakehouse on busy days in Disney Springs, and after one taste of our cookie, we can see why!

Disney is, of course, making efforts to enforce strict health and safety protocols within all of the theme parks (Magic Kingdom, EPCOT, Disney’s Hollywood Studios, and Disney’s Animal Kingdom) as well as the Disney Resort hotels.

Disney Springs functions much like an outdoor shopping mall, and unlike the Parks, reservations are not required to enter.

So, look out for the first edition Edgar Allan Poe on your next visit to Disney Springs at Walt Disney World! 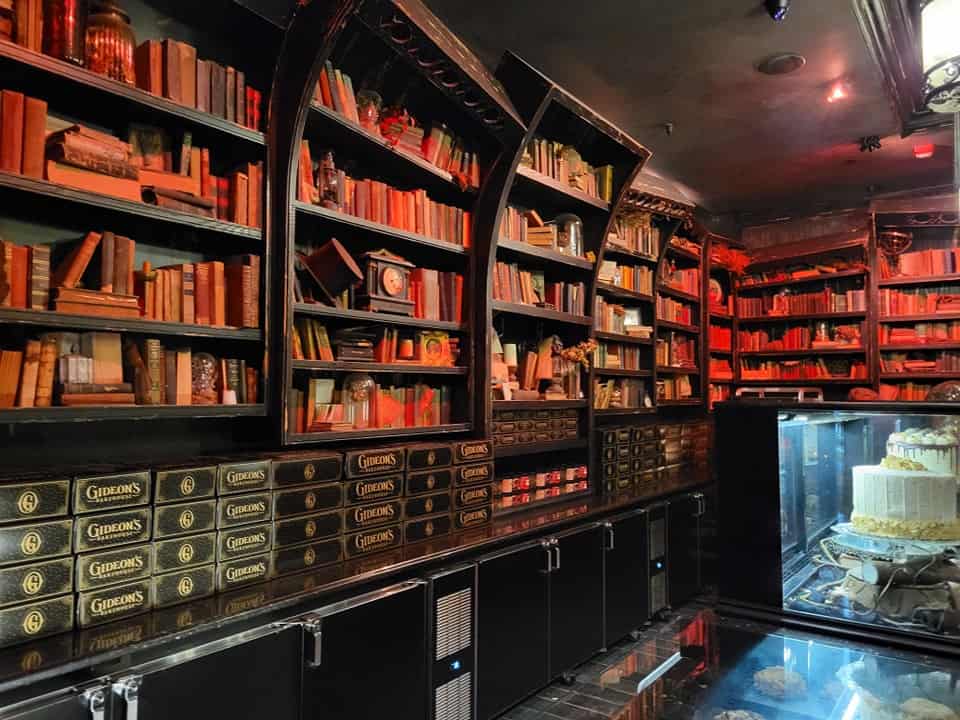 The official description of the restaurant reads:

Orlando’s very own Gideon’s Bakehouse is best known for their ingredient rich, from-scratch “almost half pound” cookies that take over 24 hours to create. Prepare to experience flavors ranging from their celebrated Original Chocolate Chip to addicting Pistachio Toffee.

Gideon’s brings an expanded menu of cookie and cake slices to Disney Springs, including a special line of Double Frosted Cakes and its own line of extraordinary iced drinks, including the Original Peanut Butter Iced Coffee.

The ever-popular Coffee Cake Cookie, previously only available one month a year, will be on sale every morning. And each evening, you can indulge in a Hot Cookie Hour to cure your sweet tooth after dinner. Gideon’s is also known for secret Limited Edition first come first serve desserts, offering you fun and unique surprises throughout the year.