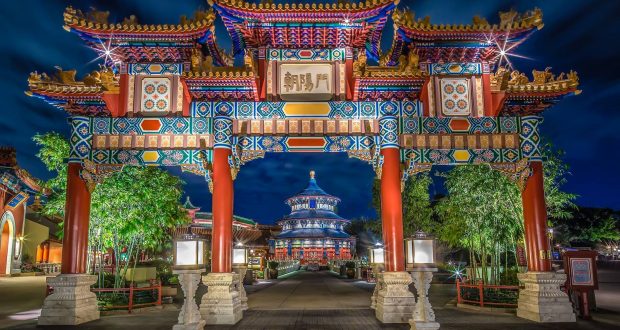 How and Where to Celebrate Chinese New Year, Disney Style

Many of us recently finished celebrating Christmas, Hanukkah, or Kwanzaa. But the most important holiday of the year for Chinese communities not only in China but around the world is right around the corner: Chinese New Year.

About 20% of the world’s population celebrates Chinese New Year (also called Lunar New Year or Spring Festival), including Chinese communities in the USA, of course! This year, Lunar New Year begins on January 31, and continues until February 15. Whether you belong to a Chinese community and have been celebrating as long as you can remember, or are just discovering it now, there are plenty of Disney-themed ways to celebrate!

Festivities were canceled in 2021 thanks to COVID-19, but this year, Disneyland’s Lunar New Year celebrations are back! From January 21 until February 13, Guests can enjoy a celebration of Chinese, Korean, and Vietnamese cultures at Disney California Adventure Park.

There are fun character appearances (including Tigger, of course – it IS the Year of the Tiger, after all!), live performances, Chinese New Year-themed décor and activities, and delicious food and drink inspired by dishes across Asia. Add your own wish or message at the Lucky Wishing Well, enjoy Mulan’s Lunar New Year Procession, and join Raya from Raya and the Last Dragon in her first ever appearance at Disney California Adventure Park’s Lunar New Year celebration!

While Walt Disney World’s EPCOT doesn’t have a specific festival celebrating Lunar New Year (though you can check out the EPCOT International Festival of the Arts, which spans a similar timeframe), it does have an entire pavilion dedicated to China, and there’s no better time to explore it!

The China Pavilion contains one of the best, most eclectic shops in all of Disney’s EPCOT: House of Good Fortune, where you can find treasures to suit every budget, from tiny panda trinkets and Chinese snack food to museum-worthy swords and vases that cost thousands of dollars.

Step inside the stunning replica of China’s Temple of Heaven to enjoy Reflections of China, a short film that displays the beauty and diversity of China in wrap-around, 360-degree splendor. And, since food is an important part of Chinese New Year celebrations, enjoy a meal at Nine Dragons Restaurant amid dragon carvings and traditional lanterns.

Chinese New Year celebrations will be in full swing at Hong Kong Disneyland from January to February this year with the Park’s Magical Year After Year event. This is one Park that tends to go all out for Lunar New Year, to the tune of red lanterns and envelopes, beautiful red and gold ornaments, gongs and drums, and Chinese lions and other symbols of prosperity and luck.

There are also Disney characters (including Tigger – who is a VIP at celebrations this year!) dressed in their best traditional Chinese garb, lion dances to enjoy, lantern making to take part in, live entertainment and parades, and of course, tantalizing Lunar New Year eats.

While we don’t yet know too much about specific Chinese New Year celebrations in Shanghai Disneyland in 2022, in past years festivities have included drum ceremonies, Lunar New Year carnivals, Lantern Festivals, and beautiful Disney-themed holiday décor throughout the Park.

Of course, travel isn’t in the cards for all of us at the moment. But even if you don’t happen to live near a Disney Park celebrating Lunar New Year in 2022, don’t worry – we have you covered! You can create your own fabulous Disney-themed Chinese New Year celebrations in the comfort of your own home.

Start by decorating with red lanterns – either store-bought or handmade (you can find tutorials online) – and gold and red ornaments. You can set up your own Wishing Wall at home on a fridge, wall, or railing. Have family members write out wishes for the coming year (bonus points for using Mickey or other Disney-shaped paper!), and stick the wishes on the Wishing Wall throughout Lunar New Year.

Red is typically worn during Chinese New Year to ward off negativity, so dig out your favorite red outfits – even better if they feature Disney characters! Try your hand at making some traditional Chinese New Year foods, like dumplings, spring rolls, wontons, and longevity noodles, or grab some seasonal favorites from a local Chinese restaurant.

Finally, curl up with your family to watch Mulan on Disney+, and – if they’re permitted in your area – celebrate with sparklers.

Chinese New Year is the most important time of the year for millions of people worldwide, and several Disney Parks offer fabulously festive celebrations to mark this special holiday. Whether you’ll be visiting a Disney Park in January or February, or want to commemorate Spring Festival in a more low-key way at home, there are lots of ways to celebrate. Happy Lunar New Year!