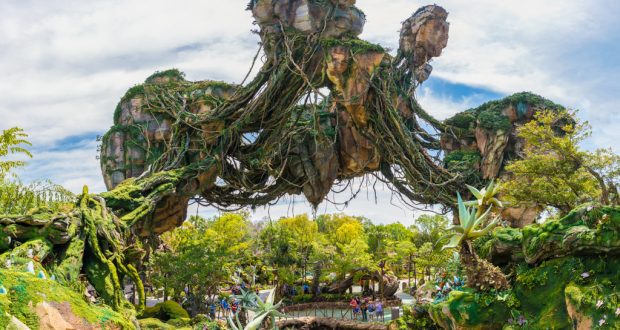 Walt Disney World is the ultimate vacation destination for guests of all ages. With four theme parks, dozens of resorts to choose from, countless dining options, two water parks, and Disney Springs there is something to occupy guests at all times. With so many things to do and see, guests can never have enough time on a Disney vacation and find themselves having favorite experiences that must be done on each trip. Since time on vacation can be limited, there are certain things that every guest simply must experience to have an amazing Disney trip. Some of these experiences are classic attractions, some include big thrills, and some are simply enjoying performances. Here are the experiences we would do if we could only do ten total things in Walt Disney World.

One of the most popular attractions in all of Walt Disney World can be found in the Magic Kingdom’s Liberty Square. The Haunted Mansion has been scaring and enthralling guests for years and invites them to pass through a spooky interactive graveyard and into Gracey Manor. Once inside, guests are introduced to the disembodied Ghost Host who narrates their journey alongside nine hundred and ninety nine happy haunts. In addition to the Ghost Host, guests also encounter beloved characters like Madame Leota and the hitchhiking ghosts as they tour the creepy house.

9. Pirates of the Caribbean –

Another classic Disney attraction that can’t be missed on a trip is Pirates of the Caribbean in the Magic Kingdom’s Adventureland. The daring adventure takes guests into a large fort where they then take to the seas to embrace the pirate life. Guests first pass through eerie caves filled with skeletons of pirates past and soon find themselves in the middle of a burning seaside village where the swashbuckling pirates are pillaging away. Since the Pirates of the Caribbean film series has been so popular, several Audio Animatronic versions of Captain Jack Sparrow have also been installed on the attraction for guests to spot along the journey.

Every guest who visits Epcot simply must experience Spaceship Earth. Located directly inside the entrance of the park in Future World, the attraction brings guests from the beginning of time to present day to explore the development of communication and celebrate how far we have come. Along the way guests pass by dozens of Audio Animatronics in scenes depicting big moments in the history of communication such as Ancient Egypt, Rome burning, the Renaissance, and the creation of the personal computer. The finale of the attraction has guests answer several questions about their future to create a short cartoon vignette depicting what their future might entail.

Get ready to shrink down to the size of toy while having a blast in Andy’s backyard! Toy Story Land is open at Hollywood Studios and we for one can’t get enough of the fun atmosphere and incredible attractions. The “oldie” but goodie in the land, Toy Story Mania, is still as popular as ever with it’s 3D, arcade style ride. Slinky Dog Dash however is stealing the spotlight! Slinky Dog Dash is a family-friendly coaster where Slinky Dog takes guests on dips and turns throughout Andy’s backyard. After the coaster, get your Alien fix! That’s right, the little green Aliens from Toy Story have their own attraction known as Alien Swirling Saucers. Smooth spins and turns make for a fun attraction that we dare you not to smile on! Outside of these attractions, Woody’s Lunch Box is a great quick-service option with tasty eats. Take in the sights and sounds of the land as you let your inner child out to play!

The Land Pavilion in Epcot’s Future World is home to an attraction which brings guests on an exciting aerial adventure. Soarin’ takes guests into a massive airport hangar where they are invited on a hang gliding trip over the beautiful sights! Soarin’ underwent some major changes recently! We can’t wait to experience Soarin’ Around The World!

Pandora – The World of Avatar is the newest land in the Animal Kingdom theme park. Besides the floating mountains and cascading waterfalls, you will find two extremely popular attractions known as Avatar Flight of Passage and Na’vi River Journey. Outside of these two attractions, the land is almost like an attraction itself with stunning beauty and ability to interact with guests… especially as it glows at night with glowing walkways and on the unbelievable glowing Pandoran plants.

Note: The last show of Illuminations will be presented on September 30, 2019, as “Epcot Forever” will take its place beginning October 1, 2019 with a new permanent show to follow.

Like Happily Ever After, no day in Epcot is complete without seeing Illuminations: Reflections of Earth. Each day in Epcot closes with World Showcase Lagoon lighting up with fireworks, pyrotechnics, laser lights, fire, and dancing water in celebration that shows how all guests are united. One of the most beautiful parts of the show is the incredible score which can be heard from all vantage points around World Showcase Lagoon. No day in Epcot should end without watching Illuminations!

Select nights in Disney’s Hollywood Studios feature the Hollywood Hills Amphitheater opening to guests for a showing of Fantasmic! The performance combines live acting, Disney characters and music, pyrotechnics, dancing water, and projected animation to share one thrilling adventure. Guests are invited into Mickey’s imagination where there is an epic battle occurring between good and evil which culminates with Maleficent turning into a massive dragon. Guests love watching Fantasmic! as it is an amazing live performance that can’t be missed in Walt Disney World.

Disney’s Animal Kingdom invites guests on many adventures which celebrate the beauty of nature and educate about the importance of protecting the environment. One of the most popular attractions in Disney’s Animal Kingdom is Kilimanjaro Safaris which is located in the Africa section of the park. The attraction invites guests into the Harambe Reserve where they can embark on a two week safari through the jungles and savannahs of Africa to spot animals including elephants, giraffes, lions, cheetahs, and hippos in their natural habitats. Guests who experience the attraction are treated to incredible close encounters with the animals and sweeping views of the gorgeous landscapes, making it a must do on a Disney vacation.