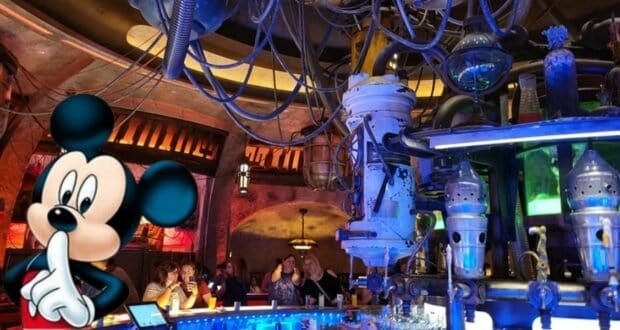 The Force is strong with Disney Imagineers.

Star Wars: Galaxy’s Edge has proven to be a popular addition to Disneyland Resort and Walt Disney World, with continual crowds and long wait times.

With its well-themed quick-service restaurants, lightsaber building, and immersive attractions, Guests have continually flocked to Batuu to have an experience in a galaxy far, far away.

And now, we have a trick to get the whole Park to yourself, including Batuu. 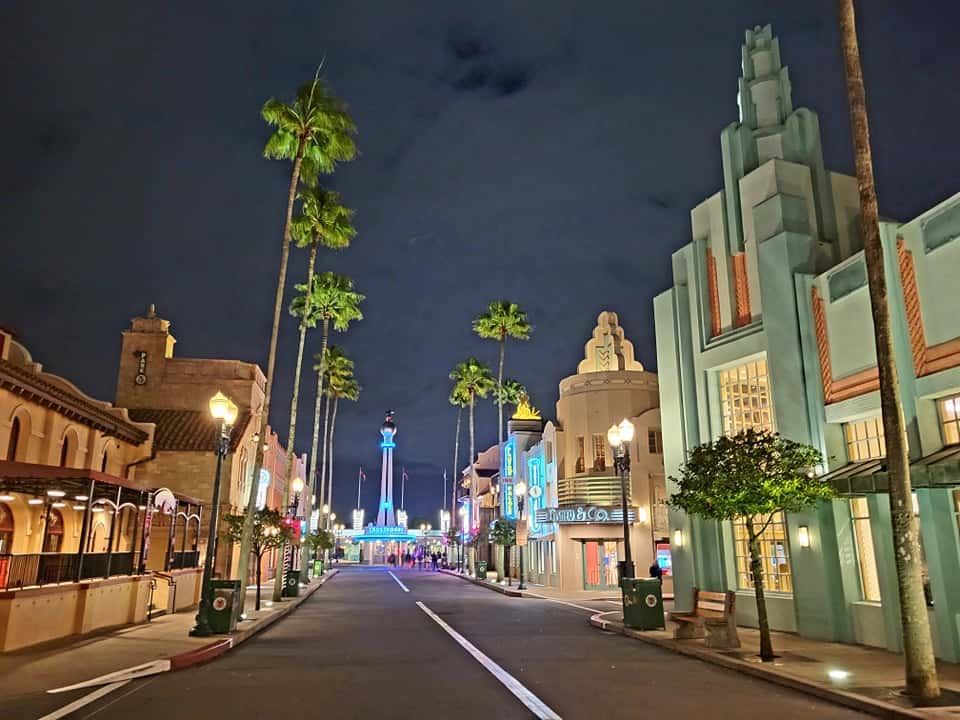 The Outer Rim planet of Batuu opened to Disney Parks Guests on May 31, 2019 at Disneyland Park in Anaheim, California, and on August 29, 2019 at Disney’s Hollywood Studios Park in Orlando, Florida to mixed reviews from diehard Star Wars fans.

On a recent visit to Walt Disney World, Disney Tips discovered a fun little trick to get the whole of Batuu to yourself. And it doesn’t involve fighting off Stormtroopers or Jedi. 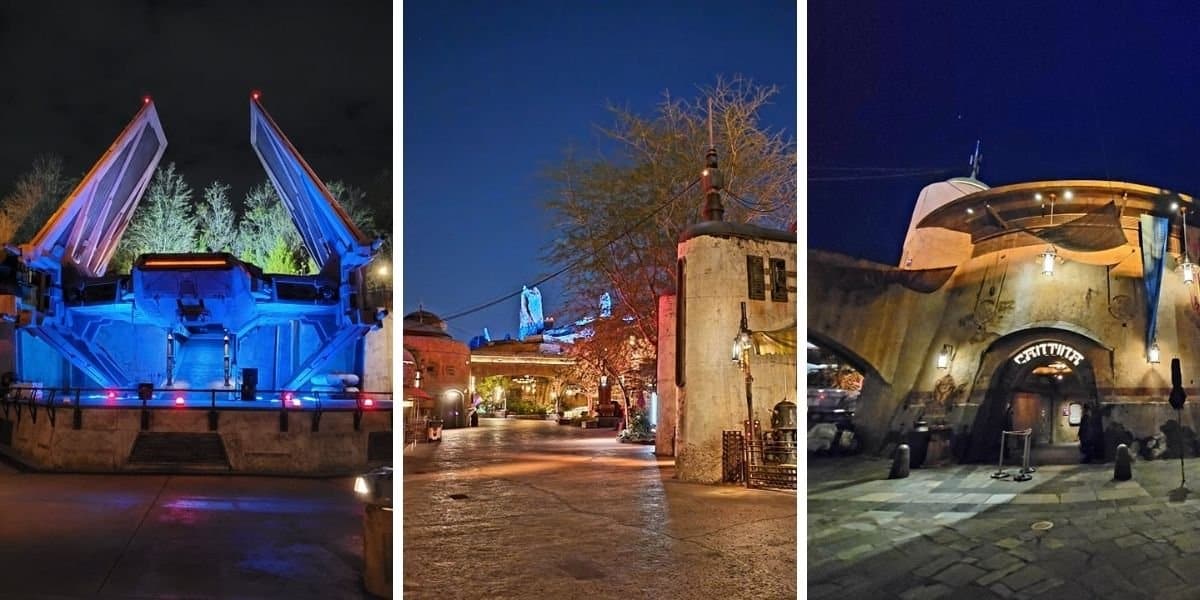 Disney’s Hollywood Studios theme park is open until 9 p.m. on most days, with Guests encouraged to leave to help Cast Members clean the Park ready for visitors the next morning.

Oga’s Cantina, however, in Star Wars: Galaxy’s Edge is open until 10 p.m. Yes, you read that correctly – the famous bar inspired by the Cantina in Mos Eisley on Tatooine is open AFTER the Park closes.

So what’s the secret here?

If you’re lucky enough to snag an advance dining reservation for Oga’s, aim for a time after 9 p.m. This ensures that you will be in the bar as Guests leave Disney’s Hollywood Studios, and – if you time it right and savor your drinks – will exit the Cantina when the theme park is empty.

We left the bar around 10:40 p.m. to a deserted, and somewhat eerie, nighttime experience of Batuu. The streets were empty, the walkways were quiet, and we got some incredible photos on our intentionally slow walk to the Park’s exit. 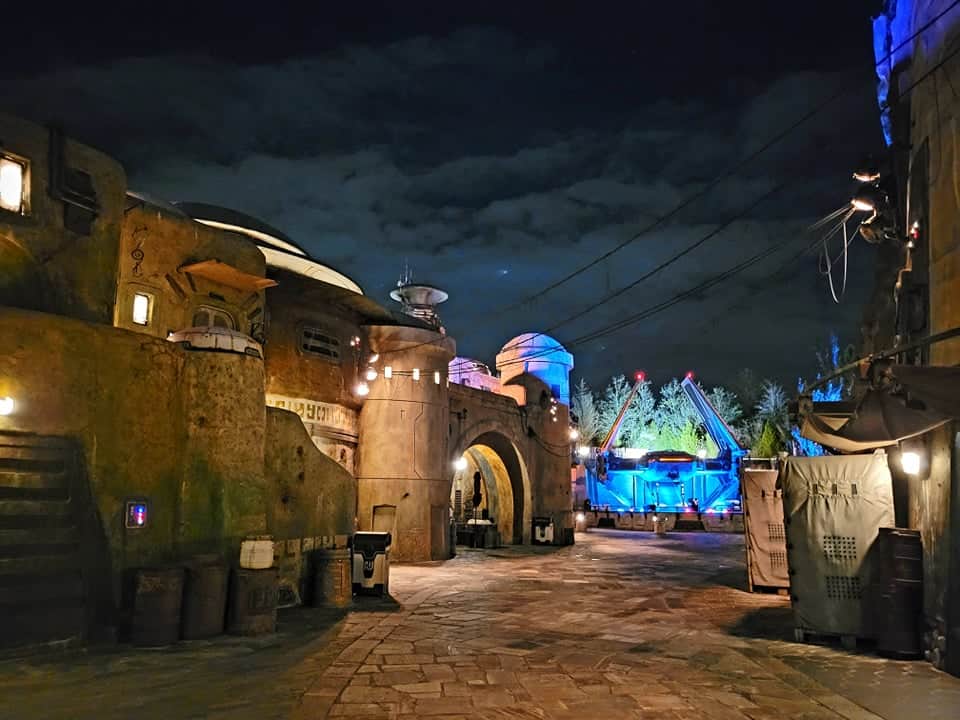 As Star Wars fans, it truly felt like we’d entered either a Lucasfilm movie set or the real thing.

Without crowds, we could hear sounds of the land, lighting, and effects we’d never noticed before, and even pretended to be in our own Star Wars movie at one point.

So if you fancy you’re own private Batuu experience, try and book that Oga’s Cantina reservation for after 9 p.m. Reservations can be made on the My Disney Experience app, and Park reservations are required. 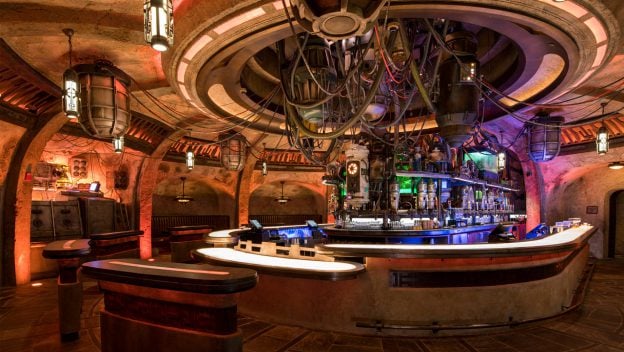 Thirsty for a Taste of Adventure?

Welcome to the local cantina, where bounty hunters, smugglers, rogue traders, and weary travelers of all ages come together to refuel, enjoy music, and conduct meetings—no questions asked. With an expansive menu of exotic concoctions for young ones and adults, the cantina is a welcome rest stop before your crew’s next galactic journey.

As you plan your next smuggling run, please enjoy some bold musical entertainment courtesy of droid DJ R-3X, a former Starspeeder 3000 pilot. The cantina adheres to proprietor Oga Garra’s strict code of conduct, but patrons can be… unpredictable, so just keep your head down—and drink casual.

For those who have long dreamed of visiting one of the galaxy’s most infamous watering holes, Oga’s Cantina brings that dream to life.

Explore a Galaxy of Unusual Offerings

Oga’s specializes in fantastical drinks sourced with ingredients from across the galaxy and enticing concoctions that will delight even the youngest crew members.

To order selections with alcohol—like the Jedi Mind Trick cocktail, Bad Motivator IPA or Toniray wine—they will need to see your identification. 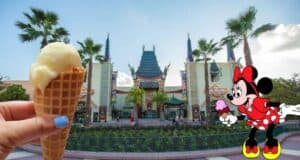 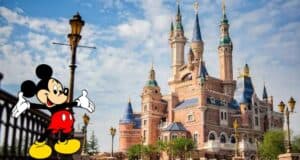 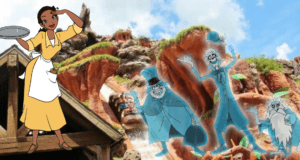