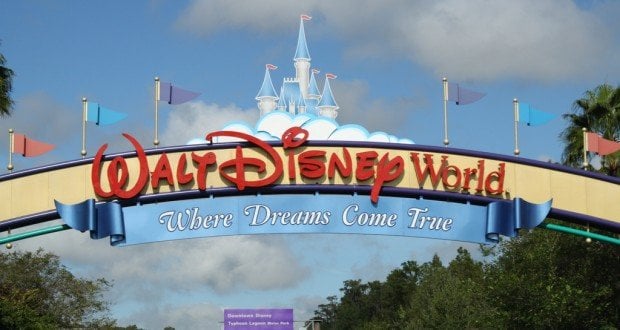 Make sure you’ll use park hoppers

The first thing you need to know about park hopping, is whether or not you’ll park hop enough to make purchasing park hoppers over regular tickets worth it. If you think you might park hop on the last two days of your trip, you’re better off upgrading to a park hopper at the end of the week, instead of paying for it the whole time when you know you won’t be using it. Of course, if you have an annual pass park hopping is always included and this doesn’t make a difference for you.

Does it really make sense to start in the Magic Kingdom and park hop over to Animal Kingdom, which closes at 7 PM? Probably not. Park hopping is most efficient when you take advantage of the varying hours of each park, especially if you’re staying at a Disney resort and can participate in Extra Magic Hours. Extra Magic Hours allow you to visit certain parks either an hour before regular opening or a couple of hours after regular closing time, and it’s a service that’s limited to guests staying at a Disney resort. You can start in Animal Kingdom at 9:00 AM, take a pretty lengthy break at your resort pool in the afternoon, and still have plenty of time to enjoy the Magic Kingdom on a night when the park is open late.

If you’re park hopping to get somewhere at a specific time, like for Fantasmic or a dinner reservation for instance, plan your transportation wisely. Even if you’ll be driving yourself to the other park, remember that like all other cities, Orlando does have rush hour traffic, so you’ll want to plan your park hopping schedule carefully.

Don’t go back and forth

Even with your own reliable transportation, I don’t think it’s usually worth it to go back and forth between parks. For example, if you’re spending the day in Hollywood Studios, but you have lunch reservations at Tony’s Town Square in the Magic Kingdom, it doesn’t seem worth it to go to the Magic Kingdom only to eat (again, unless you’re local and have an annual pass.) You could easily rework your plans for the parks to make it so that you’re not going back and forth for only a meal.

Don’t wear yourself out

Park hopping does make it easy to do all four parks in one day, but that doesn’t mean you need to run around trying to do every single thing in each park. You can spend a couple of hours in each park, hit all four of them, and not be exhausted by the end of the night if that’s what you want to do, there’s no need to rush.

This point might be up for debate because there’s a bit of a battle between whether it’s better to book Fastpasses for the busiest part of the day, or book them earlier in the day so you can eventually make more selections. I would say that booking them in the middle of the day makes the most sense. This is the time of day when the parks are busiest and the lines will be the longest. Although you can potentially book a fourth Fastpass after using your third, chances are the only times available will be later at night anyway when the lines won’t be long either way. Where mornings and evenings are usually not as busy, I would figure out which park you’ll be at in the middle of the day, and make Fastpasses for your favorite attractions in that park.

Have a plan of action

When I vacation in Walt Disney World, I usually do two parks per day, but at a relatively leisurely pace, and with two parks that I feel make sense to be done in the same day. My seven day schedule at the parks usually looks something like: day one- Epcot/Magic Kingdom, day two- Animal Kingdom/Hollywood Studios, day three- Hollywood Studios/Epcot, day four- Animal Kingdom/Magic Kingdom, day five- Magic Kingdom/Epcot, day six- Epcot/Magic Kingdom, day seven- Hollywood Studios/Magic Kingdom. This little schedule is really based on my own preferences of how often I want to visit each park, and also where my dining reservations are usually located, and it’s designed so that I’ll have a chance to see all the daytime and evening entertainment in each park that I want to see. I find it easier to have a basic plan before I arrive so that I don’t feel rushed, this way when I’m in Epcot for only the morning on the first day, I know that I’ll be there again in a day or two and I don’t need to go crazy trying to do everything all at once.