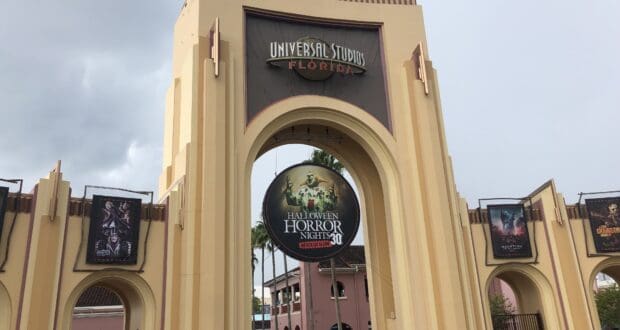 Although we are mostly a Walt Disney World site I’m going to share a little bit of something down the road that I attended yesterday. If you are a fan of Halloween and getting spooked, then you’ve probably gone to Halloween Horror Nights at Universal Studios Orlando. On September 3rd, 2021, it was opening night for the 30th Anniversary. Guests were very excited since we didn’t enjoy everything that Halloween Horror Nights has to offer last year. At Universal they did two houses last year, but it wasn’t the same. My friends and I got there at about 5:30 and waited at the gates. We waited for about 10 minutes, and then the skies opened, but any hardcore Halloween Horror Nights fan isn’t bothered by a little bit of rain or a lot of rain which in our case is what happened. 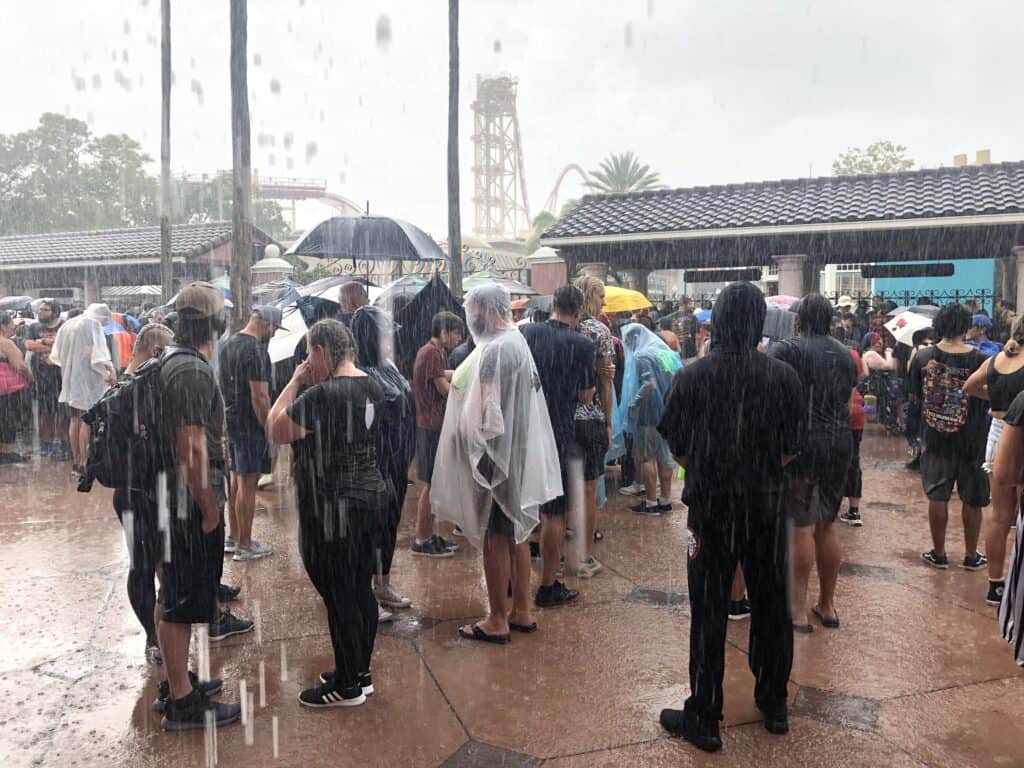 Once the gates opened, people flooded in, and we’re heading to the scare houses. Wait times went up very quickly. We first headed to the Wicked Growth: Realm of the Pumpkin, which had about a 30 minute wait. We stood there as the sky poured down on us and our shoes were literally underwater in puddles. When it rains, you get to a point where you’re not going to fight it anymore, and you’re just going to accept that you are soaked. We didn’t let that ruin our fun, though. 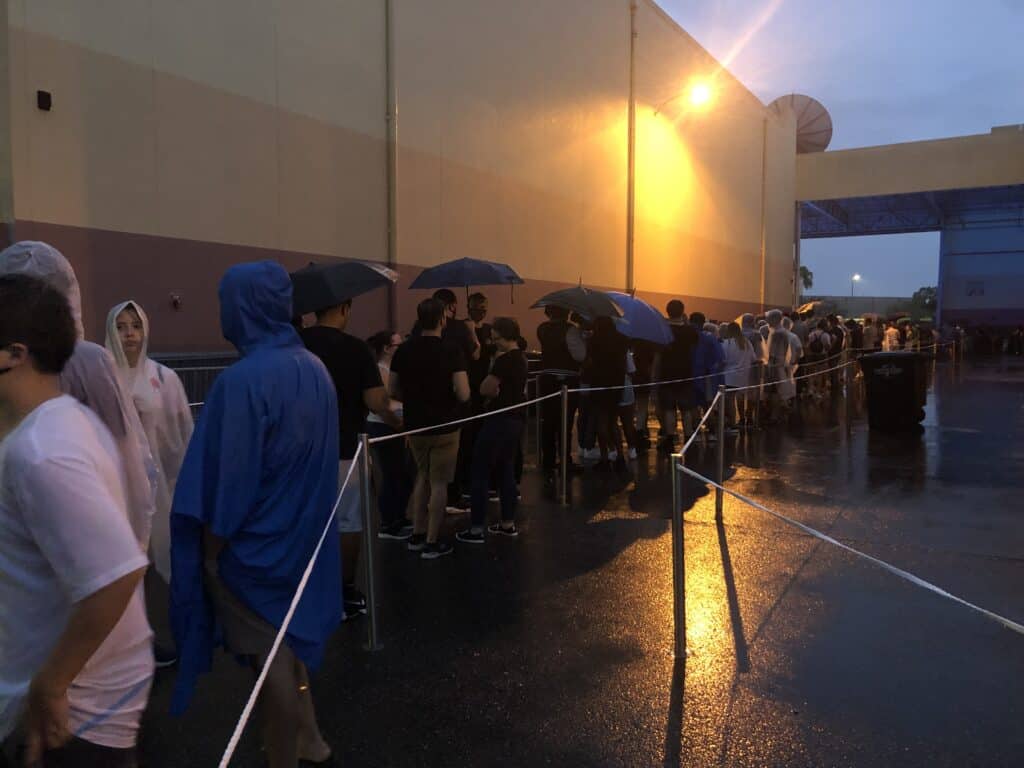 Lightning started, and when that happens, all of the scare actors outside when inside, so it was interesting to see the scare zones empty. Many of the houses were closed for bad weather. That may have been because of flooding in the lines, but that was not confirmed. Eventually, it stopped raining, and everyone got to truly enjoy the event. 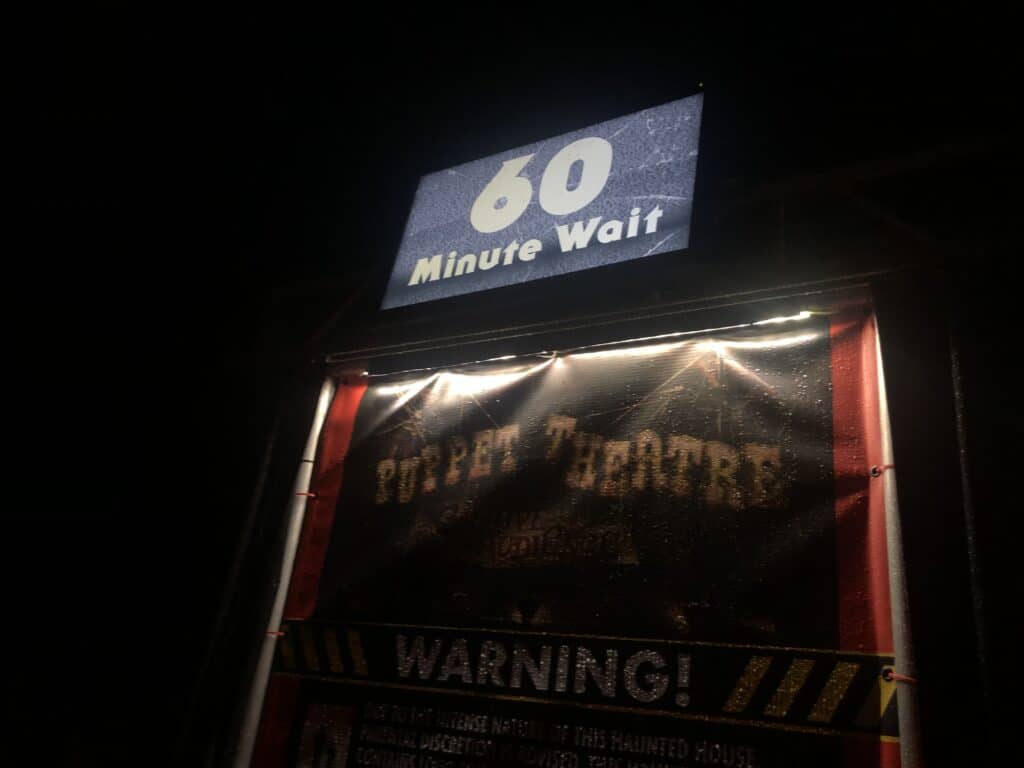 Opening day was sold out, and although it was crowded, it wasn’t unbearably crowded. You can tell that people are happy to be back and have a small sense of normal again. Universal Studios Orlando is doing a lot of safety precautions which you can see my review of that here. I did get a frequent fear plus pass, so I will be back. By the end of the night, wait times were extremely low, and I did get eight of the houses in.

Are you planning on going to Halloween Horror Nights This Year? Let us know on our Facebook page.