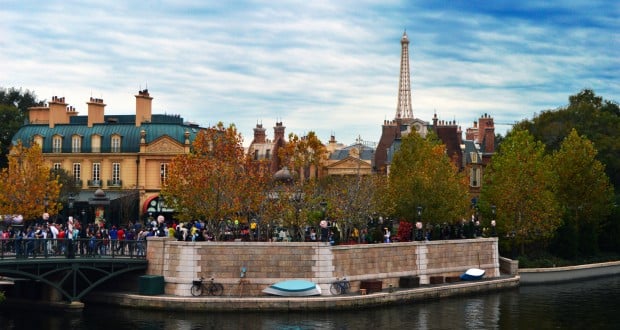 We have learned that permits have been filed for new development at Walt Disney World.  This particular development appears to be for the open space between France and Morocco in the World Showcase area of Epcot.  The rumor is that this would be to expand the France pavilion with a Ratatouille themed ride.  The plans are first to start with storm water management in the area and no details yet on the structure that would be considered there.

We have no details yet about what type of ride this would be and what age groups the ride would accommodate.  There has been no official announcement from Disney and this is all speculation at this time.  Remy from Ratatouille is one of the mascots for the International Food & Wine Festival at Epcot, so it would be nice to see him have a more permanent home somewhere in Walt Disney World.

There was an announcement at one of last year’s D23 conventions that Epcot would start to see development and updates.  We have seen other permits filed for Future World to prepare for future attraction development, and it appears that work will also begin in the World Showcase area. Epcot has been in need of updating and additional attractions.

What do you think of the possibility that additional attractions could be added to World Showcase?  Do you like the idea of the attraction being Ratatouille themed?