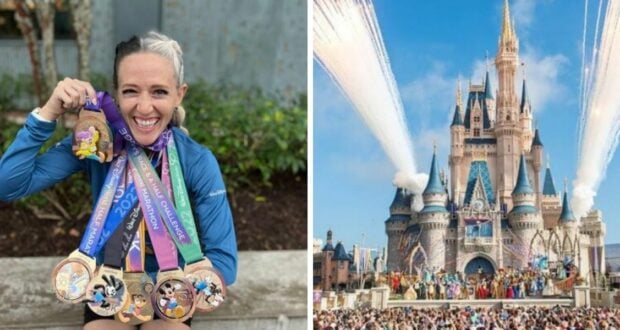 On your marks, get set, go!

Better lace up your running shoes now if you want a chance at beating one runner’s record at next year’s Walt Disney World’s runDisney Marathon Weekend.

After being canceled last year due to the pandemic, runners geared up for an exciting weekend of sweat, tears, and pixie dust, alongside some rare character sightings, extinct attractions, and a fun route around the Disney Resort in Florida.

One runner from Colorado, however, seemed to have an extra burst of pixie dust. Brittany Charboneau became the first runner to win ALL FOUR events in the event’s 29-year history! 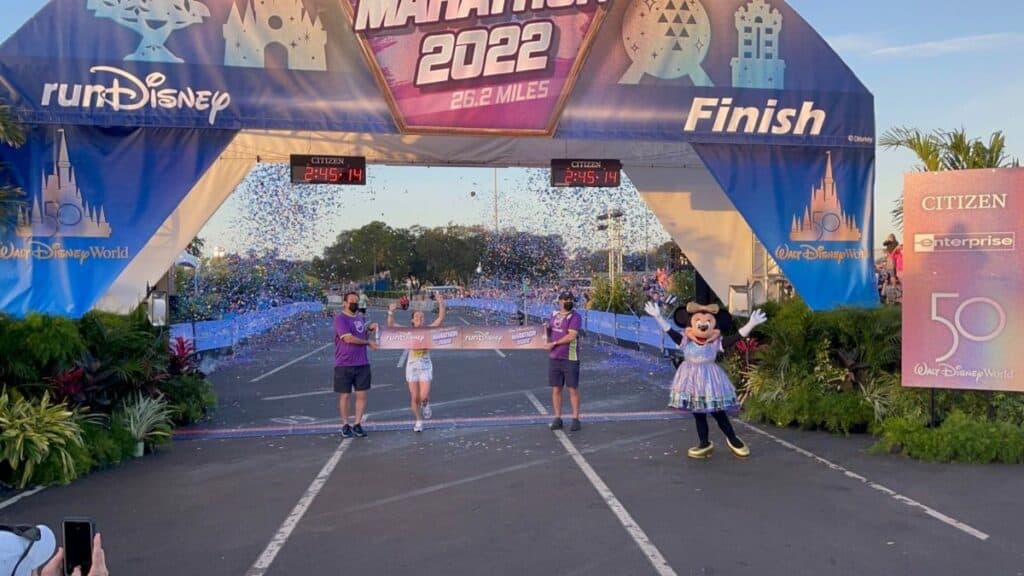 In a Disney first (and how often do you get to say that anymore?), Charboneau stood on all four running podiums this past weekend at the Walt Disney World Marathon Weekend in Orlando, Florida.

The Walt Disney World Marathon is an annual marathon held every January in Orlando, Florida by runDisney. The race has been held since 1994 and includes a 5K, a 10K, and a half marathon, as well as a number of challenges involving one or more of these races.

The 2021 in-person version of the race was canceled due to the COVID-19 pandemic, with all registrants given the option of running the race virtually or obtaining a full refund. 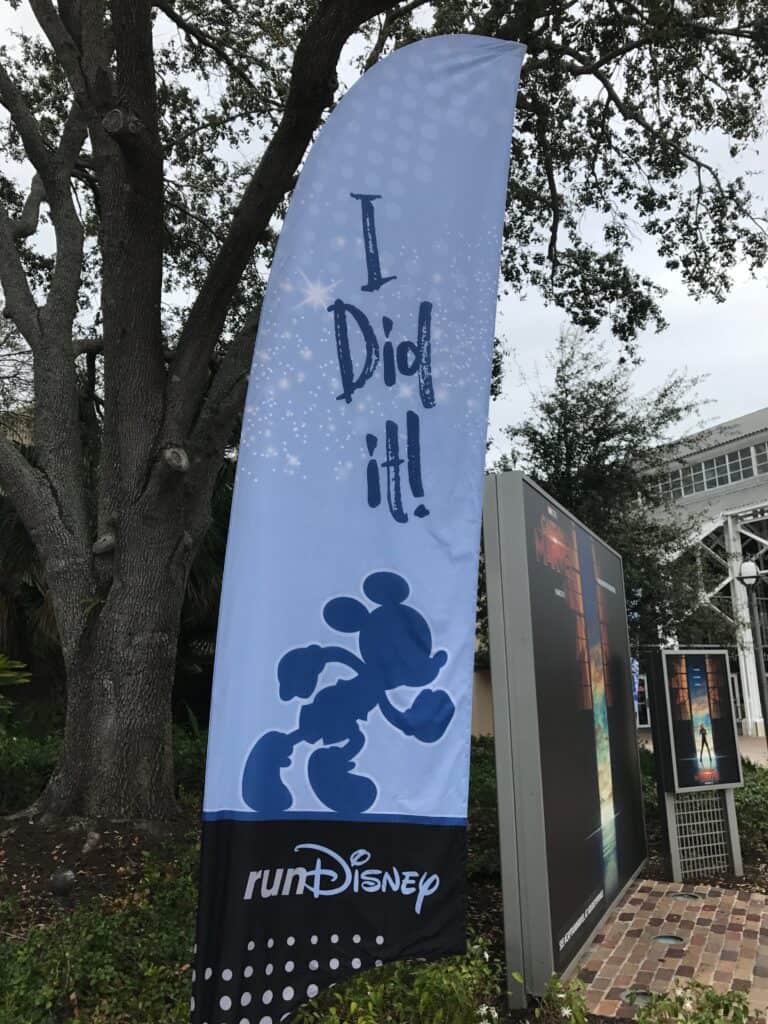 The Castaway Cay Challenge, introduced in 2015, involves completing any Marathon Weekend race before boarding a Disney Cruise Line ship at Port Canaveral the following Monday and sailing to Castaway Cay –Disney Cruise Line’s private island in the Bahamas– to complete a 5K race across the island. 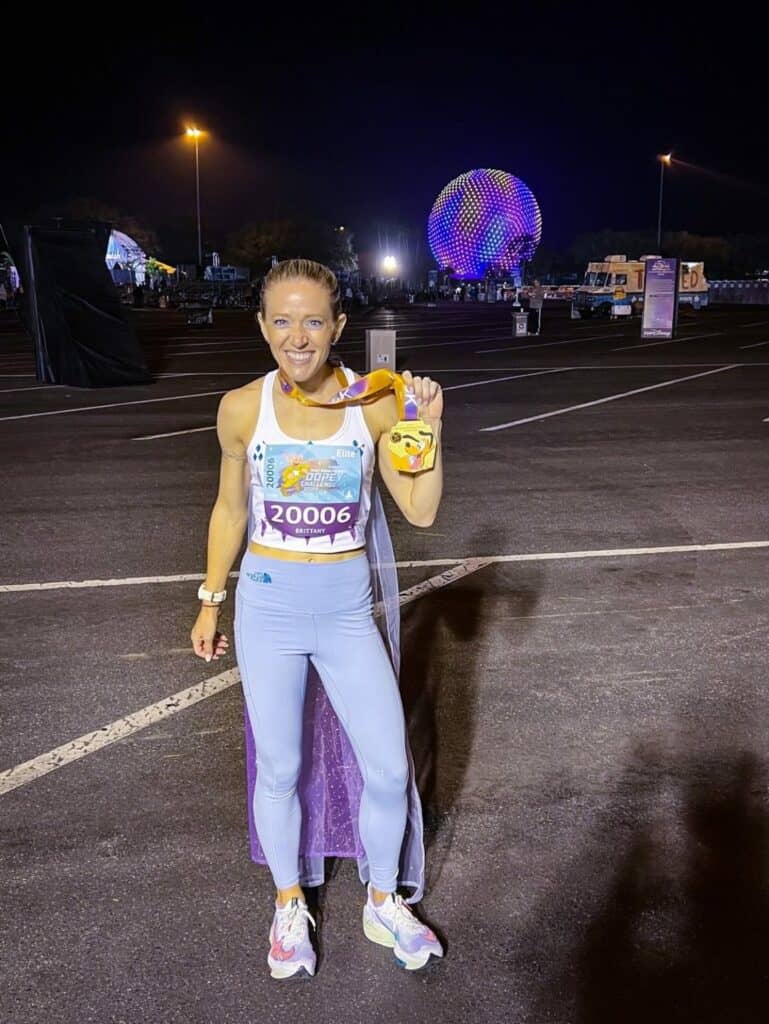 As many Disney fans do when they run at Disney, Brittany dressed up for the occasion!

She won the 5K race dressed as Elsa from Frozen (2013) and the 10K as Bing Bong from Pixar’s Inside Out (2015). In the half marathon, she continued the Inside Out theme dressed as Joy, and she finished her challenge in the marathon dressed as Cruella de Vil from the Emma Stone movie Cruella (2021).

Charboneau is a marathoner from Denver, Colorado, who ran for Colorado State University in the NCAA. It seems running and training in altitude are definitely an advantage!

She explains in an Instagram post (funnyrunner26.2) why she aimed for the Dopey Challenge, after dropping out of the 2021 Boston Marathon mid-race:

🔮 I’m a huge believer that everything happens for a reason…

💥 The week before the Boston Marathon this past October, on my last speed workout day, I had a random collision with an off-leash dog that led to a concussion, scrapes and back injury. My theme that day happened to be Disney (hence the race shirt from 2018)…

💙💛 I decided to try to race Boston any way (I mean, it’s Boston!) I made it 18 miles before I had to pull my achy, sobby self out.

🐭 After that, my coach and I reflected on how to use my Boston fitness and go for another goal that would keep it all fun. That’s when the Dopey Challenge idea was born!

💚💜 The goal of Dopey from day 1 was to run well but more importantly have a blast in costume. In fact, Jenni said she supported me racing but I must up my costume game. Check!

🏅 Here we are, 6 medals, 4 wins, and history made later, and I know that the Disney dog collision day was just knocking me ON course to where I was supposed to be. Had Boston gone according to plan, I would never have decided to do Dopey and wouldn’t be experiencing the best running weekend of my life so far!

👏🏼 Trust the process, the setbacks and your gut to lead you where you’re meant to be! 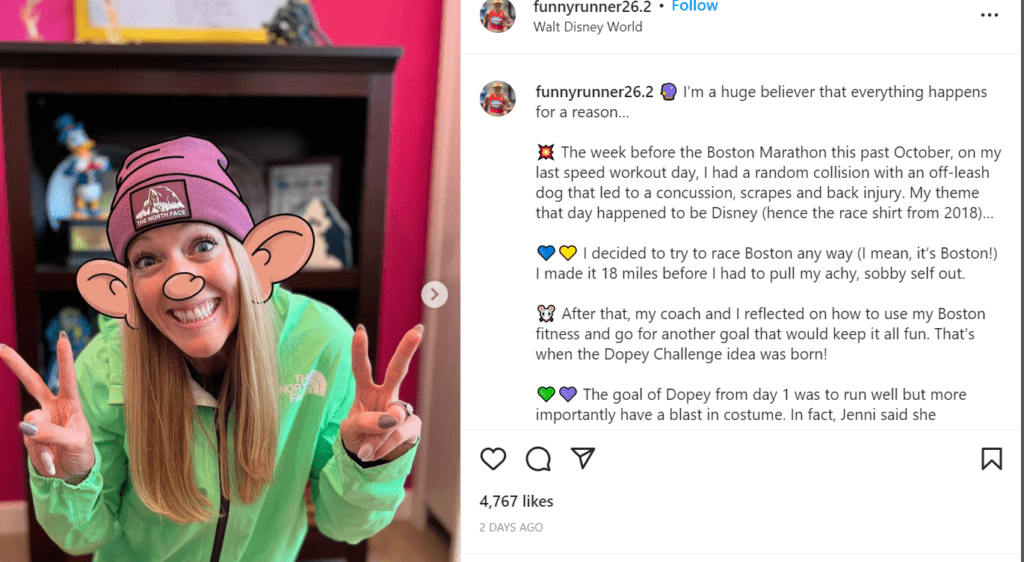 Find more information about all of the upcoming runDisney events and dates on the official runDisney website here, and enjoy your training!