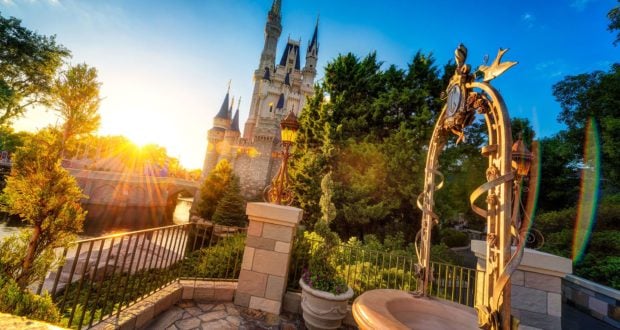 Skip That, Ride This Instead at Walt Disney World’s Magic Kingdom

Boasting nearly two dozen rides, Walt Disney World’s Magic Kingdom has more rides than any other WDW Theme Park.  So, chances are a Guest won’t be able to ride every single attraction in any one visit to the Park, although you certainly could. It would just mean neglecting the fabulous attractions at Disney’s EPCOT, Hollywood Studios, and Animal Kingdom Parks.

Prioritizing attractions is always an important part of a trip to Disney World.  It’s easy to add the most popular rides, like Haunted Mansion, Pirates of the Caribbean, and Jungle Cruise, to your must-to list. But how to choose which rides to skip, or save for your next visit?

Here are a few rides you can safely skip at Magic Kingdom Park – along with what you should ride instead.

Look, I have nothing against Aladdin – in fact, Disney’s animated film from 1992 holds a special place in the beloved Renaissance era of Disney filmmaking.  And hey, who doesn’t love a spitting camel?  But the Magic Carpets of Aladdin in Magic Kingdom’s Adventureland is little more than a newer version of Disney’s classic attraction Dumbo the Flying Elephant.

Aside from the theming, there’s nothing new and exciting to recommend Carpets over Dumbo.  That said, if you are a fan of rides that fly around in a circle, hop on board!  But if you’re short on time, you won’t miss anything by skipping this attraction.

Ride: Dumbo the Flying Elephant Instead

Walt Disney World has a way of tapping into childhood nostalgia, which is one of the secrets to its success.  For many Guests, riding Dumbo the Flying Elephant at Fantasyland will bring back fond memories of Disney’s classic animated film Dumbo.  But even if Dumbo wasn’t part of your childhood, there are reasons to choose this ride over Magic Carpets.

One reason is the unique queue set-up here.  Instead of waiting in line in the heat, step into the air-conditioned big-top tent playground and let your little ones play to their hearts’ content.  When it’s time to ride, your pager will notify you – simple as that!

Space Mountain crams Guests into tiny, cramped cars, so your ride through the dark will be uncomfortable at best.  Add to that the jarring, rough ride through “space” that will likely result in a headache and/or neck and back pain, and it’s just not worth potentially ruining a day in the Parks to ride this attraction.

At first glance, there’s no comparison between Space Mountain and Tomorrowland Transit Authority PeopleMover, which is a leisurely tram ride through Magic Kingdom’s Tomorrowland.  And indeed, if you’re looking for a thrill ride, you’ve come to the wrong place.  But PeopleMover goes behind the scenes of several attractions, and one of those is Space Mountain.

It’s a great way to see what it’s like inside this indoor roller coaster – without having to deal with the discomfort of actually riding it!  Plus, if you’re lucky, your PeopleMover visit might coincide with a Space Mountain shutdown, which means you’ll get to see this attraction with the lights on – and take my word for it, that’s worth seeing!

Skip: The Hall of Presidents

Apologies to history buffs, but for most Guests, The Hall of Presidents in Magic Kingdom’s Liberty Square is very, very skippable.  Sure, it’s nice to be out of the heat and off your feet for a bit during a chaotic day in the Theme Parks – but there are less yawn-worthy places in the Park to enjoy a break.

The Hall of Presidents is a 25-minute film that tells the story of the founding of the United States.  Guests will also see Audio-Animatronic versions of every president of the country, which are impressive, but there are plenty of places in Magic Kingdom Park where you can experience Walt Disney’s groundbreaking use of technology in a more entertaining way.

Guests looking for a more entertaining dose of air-conditioned history in Disney’s Magic Kingdom should opt for The Carousel of Progress in Tomorrowland.  Walt Disney himself helped design this attraction, which consists of a revolving theatre that takes you on a journey through different periods of time as you explore the technological developments used in each.

The ride is decades old, of course, which makes the depiction of current times utterly fascinating (not to mention amusing).  You’ll get a dose of classic Disney Audio-Animatronics, plus a fun earworm that you’ll hear echoed all around Tomorrowland!

A trip to Walt Disney World should be as fun and stress-free as possible.  So, in the interests of minimizing the fear of missing out, know that it’s perfectly alright to prioritize Magic Kingdom attractions you want to see, and plan to skip ones that don’t quite make your list.  In fact, it’s imperative, if you want to keep your sanity during a WDW vacation!  And remember – there’s always next time.